I put some gas in the tank and ran the engine a few minutes.
Then I discovered a leak at the reserve tank valve. 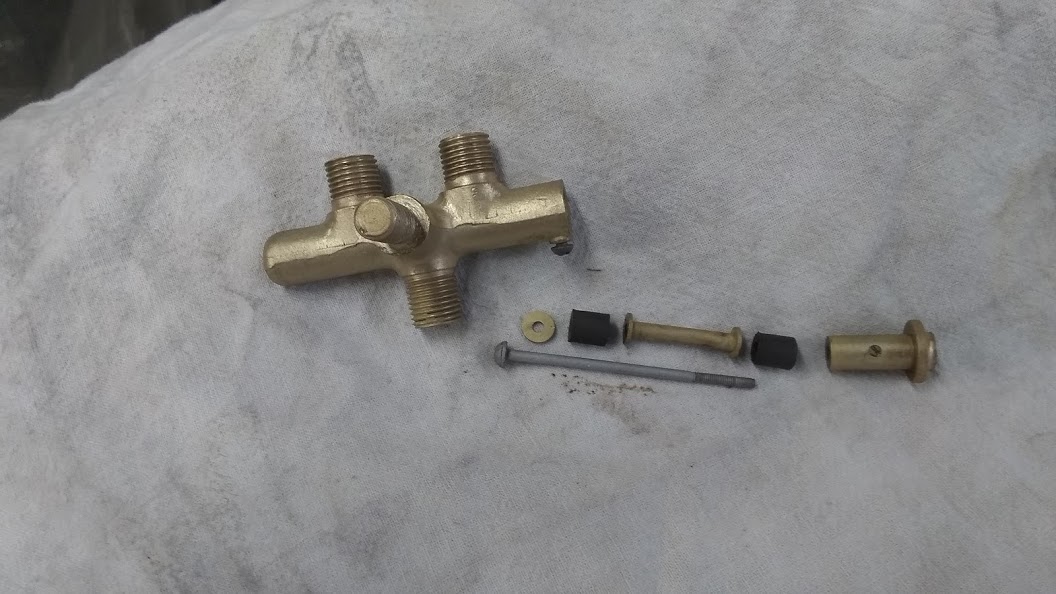 Alan Gibbins sells these as a kit. The seals are actually cork.

I took the attitude that all my other cars have no reserve tank and ithasn’t been a problem, However, I think the original seals ere cork and like wine { when it had corks] if allowed to dry out it shrinks. The problem not so much leaking petrol out , as sucking air in . And making the car run lean and hot.
So needing reliability , I removed the internals and soldered the connections up. and no problems.
The SS100 had a similar [ t not the same ] reserve tap , However that wasa rotary tap and is commonly modified[ It is shared with MG P Types] by putting modified internals in with O rings. O rings aren’t happy working in a push pull environment.

Cork, really? Well, I guess if it works with alcohol it will work with gasoline.

Looks like somebody tried rubber in mine. Maybe it worked for awhile, but they are too small and hard now.

Did a bit of net surfing and it seems British motorcycles also used Ewarts valves or petcocks.

Rebuild kits are available from Alan G plus some of the vintage MG sites. Seems to be a common problem. I

Just remember the vintage MGs have the rotary tap not the push pull. Alan manufactures them for the pre war MG dealers.
I was told, but couldn’t comment, that Victa lawnmowers used the same cork in their taps.

Can’t say as I’ve ever heard of Victa lawnmowers, but the British motorcycle website forums are very familiar with cork seals in Ewarts push-pull valves/petcocks. A lot of those guys make them from wine bottle corks.
So I went to Ace Hardware and asked for their 1938 SS Jaguar parts department, which is little drawers with split cotter pins, fiber seals and corks. Spent 80 cents.
Made them on the lathe and in the drill press.
They work fine, no more leaks.

As we say in Victa Land, “Good on ya Rob”

A lot of those guys make them from wine bottle corks.

Traditionaly, the better the wine, the better the Cork. Might as well enjoy a good meal before tackling the valve.
The fuel tank valve on my car sticks and requires two hands. I never use it, as long as the fuel gage is working. Anyone know the reserve gas volume ?
Daniel

Winemakers say there is a noticeble percentag[ 10-12%] of wine that has cork taint from a compound Tricloroanisole
While some people may not notice it for a company selling thousand of bottles even a small percentage costs. So now here, almost all wine has screw top stelvin seals
Doubtless some poo-bahs may say it’s not traditional. And on a tour of Moet Chandon in Epernay I asked whether they would ever move from cork.? ’ Non Non Non’. But several years later at Chandon’s Yarra Valley winery I saw they were selling at least some of their sparkling with a crown seal.

I thought the reserve [ petrol that is] held about a gallon.

If same strategy was used for MK4 tank as in the SS one then I would agree with Ed that the reserve is almost exactly one imperial gallon.

Back in 1993 when I first started my car from dry I put a gallon in the tank and the engine started briefly before conking out. It then took me some puzzling before I realised that I needed to pull the reserve tap.

Just remember the vintage MGs have the rotary tap not the push pull.

Interesting: wonder if it’s any relation to the reserve valve in a P6 Rover… any pix?

Paul . WEll now youmention it , I found one on an MG pic it’s identical to SS100 and the ones currently sold for OHC MGs are made by Alan Gibbins 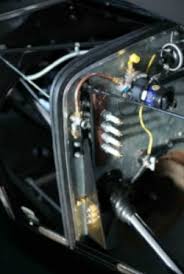 who also does them for SS100s

Hard to see, but it looks considerably different than the Rover valve.

I had one fail on me a year or so ago: it dribbled: First one I’d ever had sprout a leak.

Took it off, apart, renewed the o-ring, popped it back in, Bob’s yer uncle!

Well, my repair of this valve of 3 years ago has failed. I pulled it out when I was trying to prime the fuel pump, and now it drips.
I wish Ed were still with us, as he said he removes the seals and solders these things shut. Did he just allow the pump to pull from both supply tubes at once?
I wonder what he did about the reserve side of the tank? What happens when the reserve side is empty? Does it then try to suck air from the reserve while pulling fuel from the main?
Did he drill a hole through the separating wall near the bottom, to connect to the main side? That would be a tricky drilling job, going through the filler neck.

I still have a working tap but drawing from both wells together makes sense. The reserve side is deeper in the tank than the main well. The only time I had to use the reserve was on the very first time that I started my engine. I had put a gallon in the tank and it took me a while to understand that I needed to pull on the reserve.

On mine both the wells are the same depth, so I am concerned that if the reserve was sucked empty, nothing would draw from the main side. 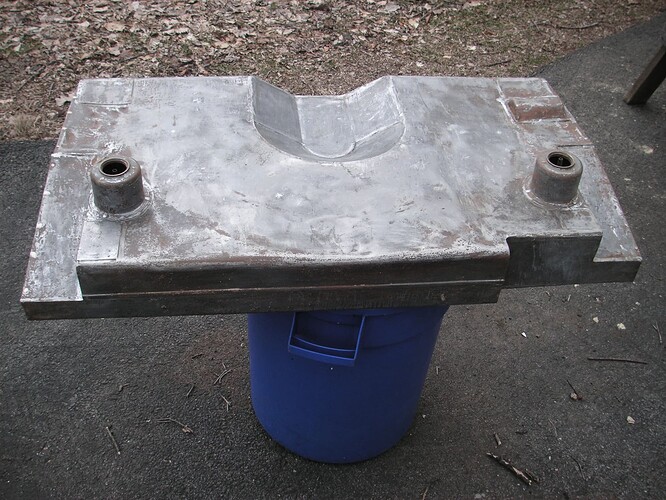 Imagine drinking from two glasses with two straws simultaneously, when one is gone you get nothing from the other.

Email him: he still answers emails.

Yes, my tank is the same. I think you’ll find that the penetration of the fuel pipe is deeper in the reserve well.