I have an XK150 3.4l and am in the process of installing the rev counter drive to the rear of the cylinder head. I have a digital copy of the parts manual which shows an electric rev counter generator. It does not show the mechanical version. Is the mounting the same in each?

I have photo of service manual indicating the points of conversion to electric rev counter. Also photo of mechanical drive. 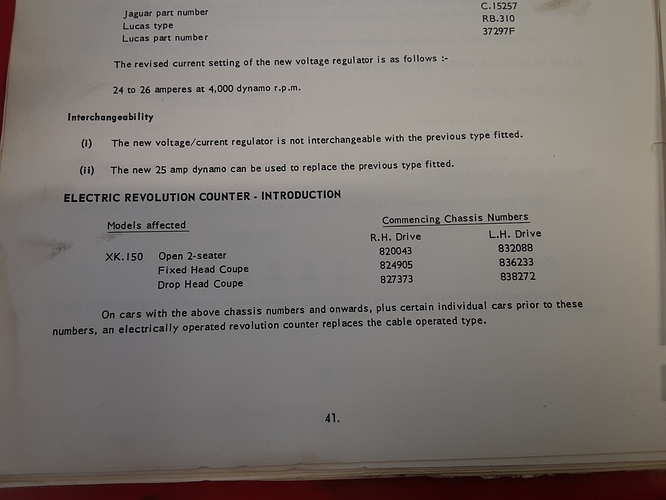 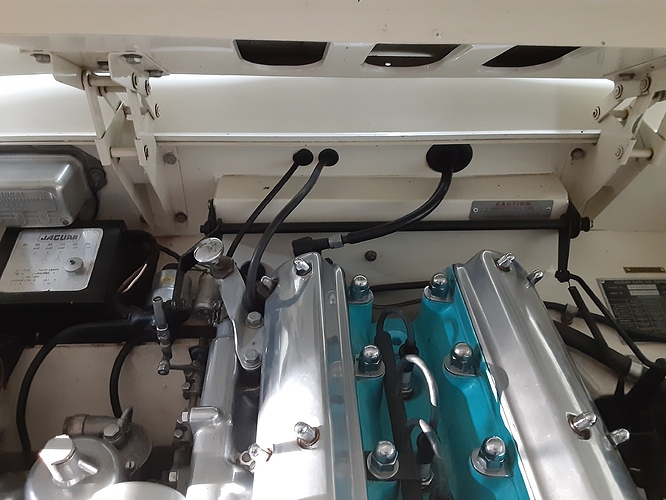 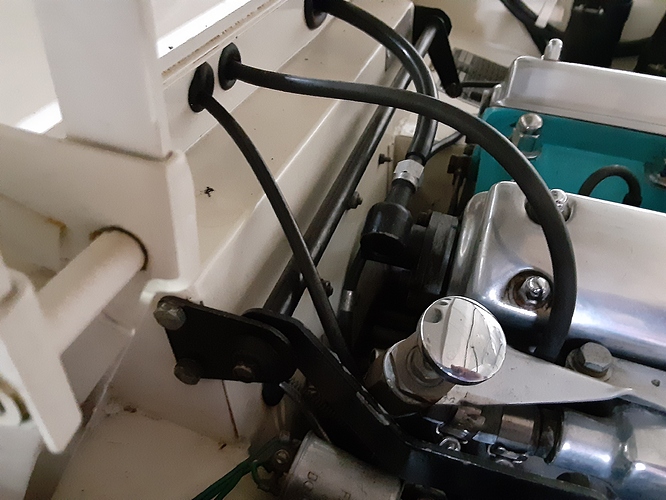 Kris,
Thanks for the response, my car is 836006 FHC so missed out on the electronic version by a couple of hundred cars. I definitely have the mechanical version. What I need to know is whether or not the assorted gaskets/seals and drive on the end of the camshaft is the same.
Chris

Dont know if they are all the same. They will all be included with a complete gasket set. Now if the 90 degree drive is leaking a little, those parts probably not included. I could sort through some photos of rebuilds of this 150 and 4.2 etype with the electrical tach drive to see the differences. I dont remember the cam drives being the same.

Kris,
Any photos of how it went together would be appreciated.
Chris 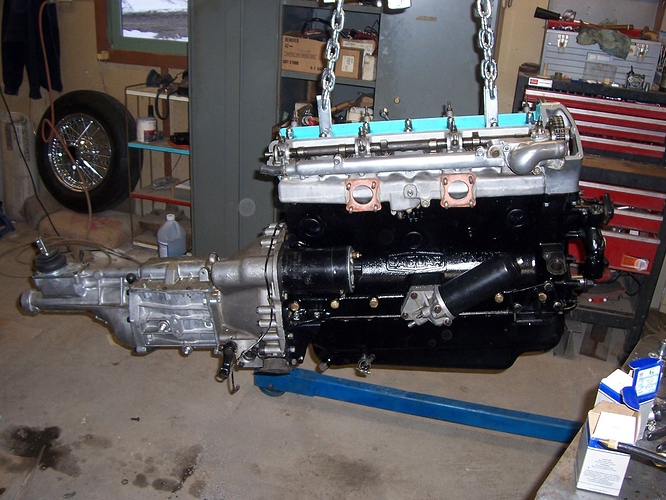 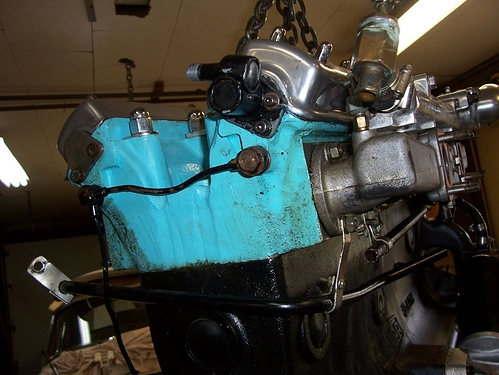 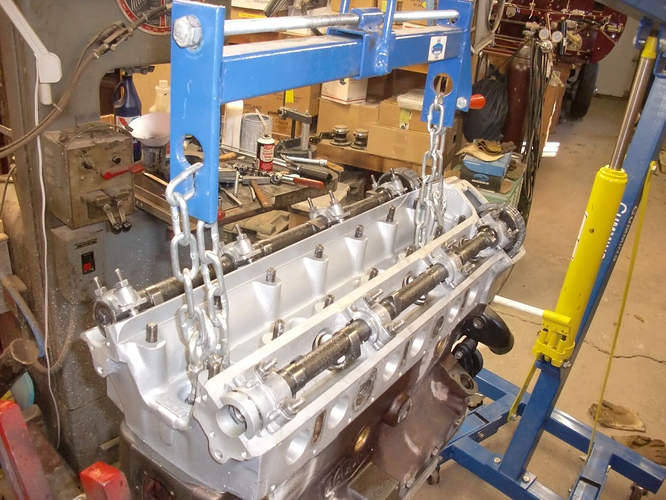 I did a conversion from electric to cable on my Mk9 last year.
The camshaft cover, gasket, rear camshaft bearing cap, o ring and indeed the cylinder head itself all differ.
The later head is slightly extended at the back, is machined with a bigger half moon and has 3 tappings for the fixing bolts.
I might have some pictures somewhere.

Wardell,
Thanks for the response, any photos you can share is appreciated.
Chris

I have some photos. Could you contact me off line as I am having some trouble uploading them to this site.
Am I correct in assuming that you want to fit an electric tacho in place if the cable driven one.?
The photo uploaded by by the previous contributor shows the later extended rear camshaft bearing cap which incorporates the square section seal cutout for the different cam cover. This arrangement also deletes the oil slinger.

Wardell,
I sent you a private message with my email address.
Chris