This 1986 V12 XJS has a 5-speed manual transmission conversion. Additionally, it’s had its IRS/rear suspension and rear brake system rebuilt. It also has 5 Dayton wire wheels (though one is not installed and needs its tire re-mounted).

The car spent the longest stretch of its life with a wealthy owner in Palo Alto, CA who maintained it meticulously, having all maintenance done with a local British automotive shop.

I have owned the car since 2009 and drove it regularly until 2017. After the 5-speed conversion, the car was able to attain a huge jump in fuel economy, hitting as high as 23 mpg average on long road trips. In 2012, the car performed flawlessly on a 1,500+ mile round-trip road trip from San Jose, CA to Tacoma, WA (and over Grant’s Pass in a blizzard…). The car never left me stranded anywhere I drove it. The only major aspects of the 5-speed conversion that were never fully completed were a) a speedometer conversion setup, and b) modifications to the center console ’ski’ slope + a custom shift gaiter (thought I did manage to find a perfect set-up for the lower gaiter, a two piece set-up from at Triumph TR4).

The car is about as rust free as it gets, having spent its entire life in the Bay Area (and never near the coast). The engine has about 85,000 miles on it, and the 5-speed conversion itself probably only has about 5,000 to 7,000 miles on it. The I.R.S. rebuild has only a few hundred miles on it.

A lot of the little things that commonly don’t work on these cars do work on this car, such as the power windows, though one is a bit slow, and all lights. Some notable non-working items include the stock radio/cassette deck, the A/C, the power steering (has a leak), and the AAV/warm-up valve.

The only damage to the body is from a low speed parking lot fender bender where it was dinged up a bit on its right side by a Honda in a grocery store parking lot. There is a dent in the rear passenger side fender and along the passenger side door. The front fender was dented near the headlights and I replaced the fender with one I obtained from an early 90’s car; the fender did not fit perfectly so I tracked down an identical one (same paint color and all). It’s in good condition; I haven’t installed it yet but will include it.

Other work done to the car include things such as new weatherstripping on the doors and rear windshield.

I am selling the car as a parts car as it’s not really been run in about 5 years (though I don’t doubt it will still start and plan to try in the next few days). It also wasn’t registered for a few of those years and ended up with some back registration fees, though I don’t imagine you’d need to pay those if you didn’t register it to drive in the state of California.

I stopped driving the car when the power steering went out and, due to a new job at the time, and starting a family since, did not and have not had the time to work on a project car any longer.

I presume someone with an XJS in better condition (i.e., paint, interior) might want it for the 5-speed conversion, and as a parts car, such as for the rust free panels and partially rebuilt IRS. If you were to pull the 5-speed conversion from this car so as to install in your own, the benefit is that you’d also have a ‘template’ so as to ascertain exactly how the conversion was to be done, where the relevant holes were to be drilled, etc. Working all of these details out were by far the most difficult part of the conversion, as well as amassing all the various pieces and parts, and is the primary reason that it took over a year to complete (as far as I know, no kit currently in existence actually comes with an actual step-by-step manual).

The car will also come with an original workshop manual, a Haynes manual, several new or NOS parts, and an extra, uncracked dashboard. 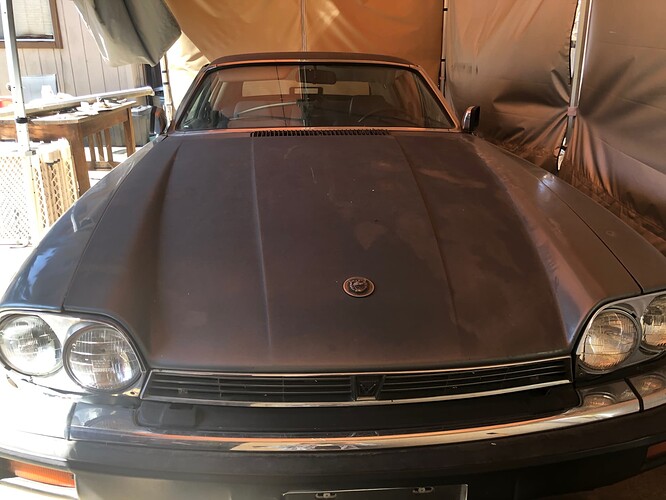 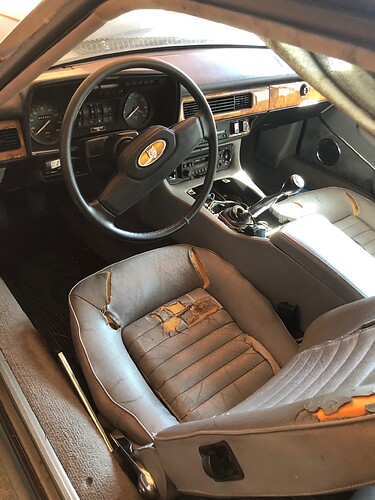 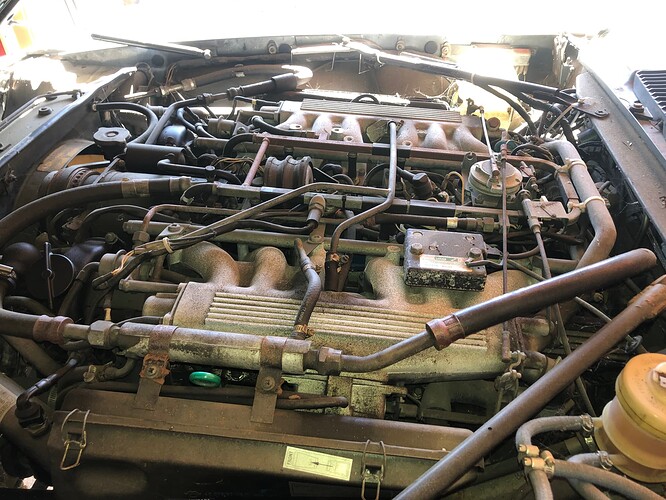 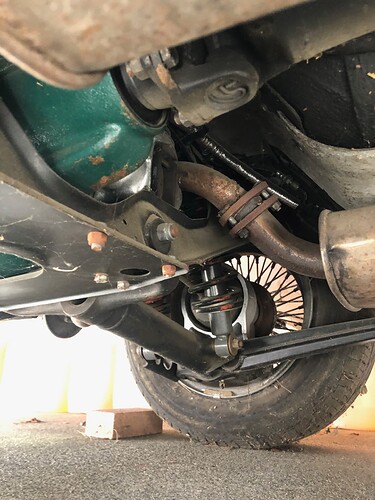 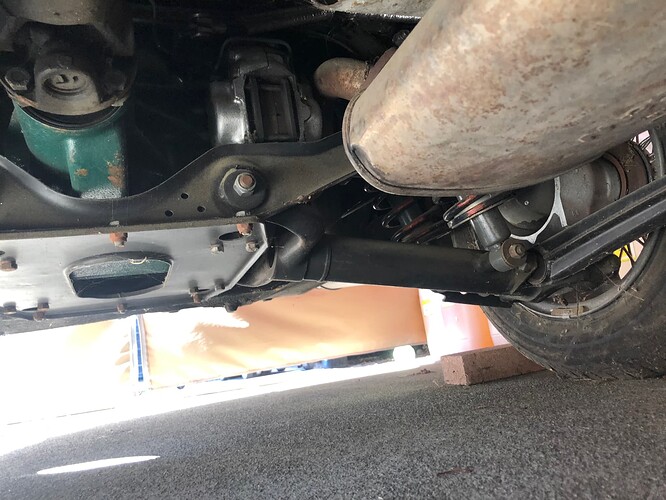 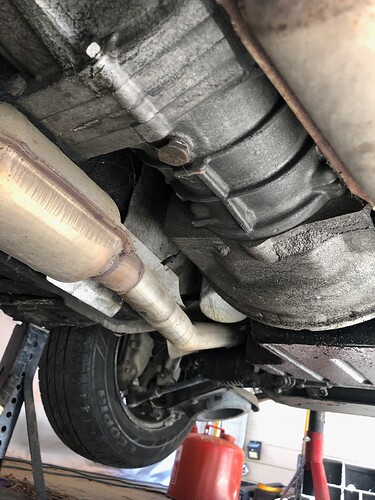 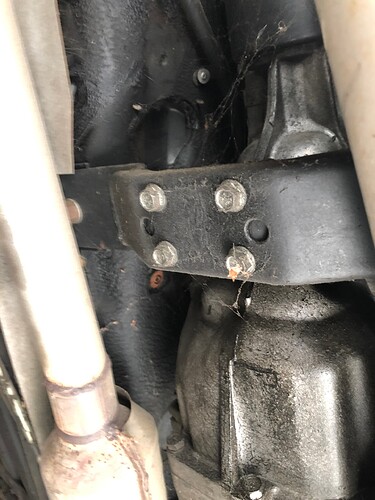 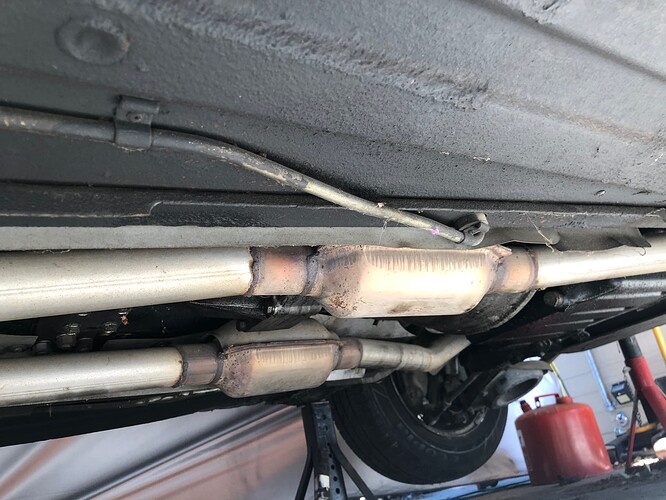 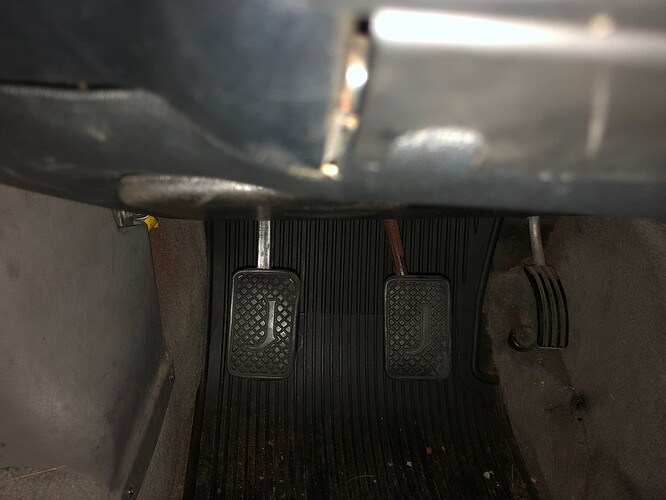 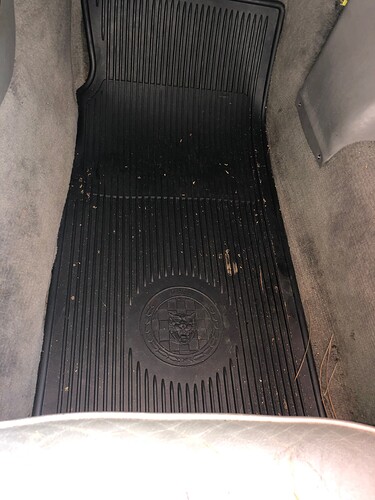 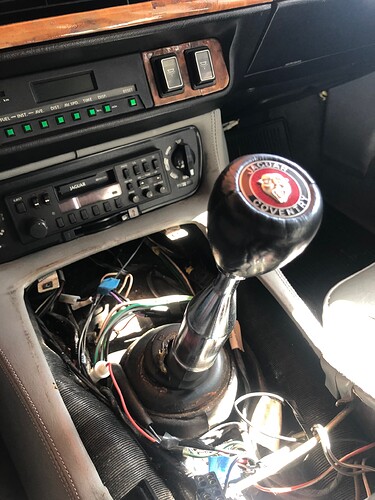 Details on the 5-speed conversion:

Transmission: 5-speed overdrive with alloy casing from a 1980’s Toyota Celica. It was not rebuilt. Its only flaw is one bad tooth on the reverse gear. Everything works as it should and it shifts nicely. Of all the years and submodels of the Supra 5-speed transmission that would potentially fit the Dellows bellhousing, only one will actually fit the XJS properly (with the shifter coming out in the middle of the console as it should). If I recall correctly, the particular transmission is known as the W58, and was only available on vehicles within a short timespan. It also has the most ideal set of gear ratios for the vehicle, including high (numerically low) gearing on the overdrive gear. It was not easy finding it!

Pedal box conversion parts: Vintage Jag Works of Idaho (i.e., custom clutch pedal and associated parts). I should note that the car was also converted to manual brakes at this time, with the brake pedal ratio changed, an adapter made, and the vacuum booster removed.

Various parts like throwout bearing, transmission rear mount, slave cylinder, etc.: All from Ron Moore of Australia, who is a dealer for the Dellows bellhousings for the Jaguars.

Driveshaft: from a custom driveshaft shop in San Francisco, CA

Speedometer conversion: built from an electronic kit, but never installed. Theoretically, this would allow the stock speedometer and odometer operate with the 5-speed, and do so accurately. I will include it.

E.C.U: The stock ECU will not work with a manual transmission and lightweight/alloy flywheel; the only option is the 1-year only digital version of the Lucas ECU from an ’87 V12 (later, digital Marelli ECU’s will not work at all). I tracked one of these down and installed it on the car. I will also include the original ECU if you’d like it.

Custom exhaust—cats to rear resonators: (this is crucial for fitment of the 5-speed) Catalytic converters are California type (pricier) and have limited miles on them (<2k miles). The car never failed a smog test while I owned it.

Shift knob: XKE. Also have an older walnut XKE knob one that I was going to modify to fit; I’ll include it.

Details on the IRS rebuild (I’d call it a 50% rebuild, with the following rebuilt: brake hardware and hydraulics, all suspension bits such as shocks, etc., body/subframe rubber mounts, inner u-joints, and radius arm bushings. The internals of the differential itself was not rebuilt, nor the outer hubs/bearings):

Brake rotors: Old stock XKE Brembo’s (Italian made, all new ones I could find appeared to be of questionable quality/made in China)

Note: one wheel of the 5 wheel studs, for the right rear wheel, has some marred threads and needs replacement.

Any 5-speed conversion kit you were to purchase, plus the cost of exhaust modifications, is going to cost you more than I am asking for the car. Plus you get a ‘template’ car, an R&R’d I.R.S., Dayton wire wheels, and lots of good and rust-free parts and extra bits.

Contact information: send me a PM on Jag Lovers, or call/text me at: Four zero 8 - four nine 9 - eight seven three 9

Cost of shipping (if selling): I have received a quote from a reputable hauler for about $2k coast to coast. Much less if lesser distance. Buyer will have to pay and arrange for shipping.

Willing to ship worldwide? I would not know how to arrange this

Great description, and seems like a very reasonable price: GLWTS!

Thanks, Paul! To any interested party, I am more than happy to answer any and all questions.

Dropping the price to $4,800. I’m moving in less than 4 weeks and will have to see it off one way or another.

Also, I attempted to start the car this morning and it fired right up. I backed it out of my driveway and re-parked it—engine sounded good. Had to borrow a battery from another vehicle to start her though. The barrel gauges seemed not to be working for some reason; just the tachometer.

I also found some more parts for it that I’d had in the garage, including a set of 12 vintage “New Old Stock”/still in the box Jaguar branded spark plugs for the V12.