The manual and spares catalog both call for an insulating sleeve #26 in the drawing. 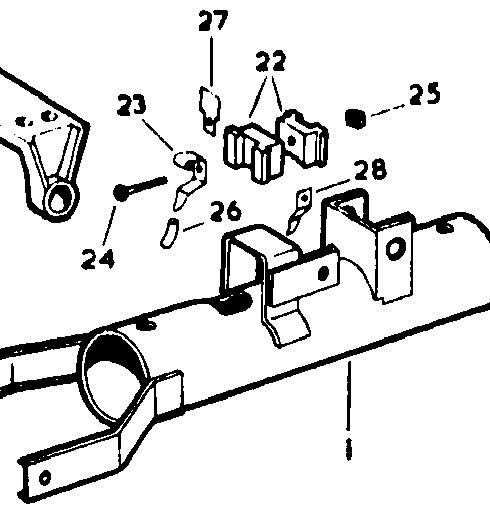 I’ve rebuilt two 3.8 columns and never seen that piece either, or seen the point of it. The copper contact, 23, connects to an insulated slip ring around the column and to the brass rod in the centre.

There was a thread about steering columns recently.

Thanks Clive. I guess I’ll find out when I finish the wiring and test it.

Just a wild assed guess but I suspect that sleeve is to be positioned where the brass contact passes through the opening the in the steering column housing, it prevent it from grounding out against the housing.

Likely correct. A layer or two of shrink wrap that leaves the contact tip exposed should do the trick.

The sleeve in SNG’s kit is too narrow, but I can work around that. I have a related question: Maybe I dropped a part while disassembling the column, but as I reassemble it I am wondering what keeps the inner and outer columns from being pulled out of the housing, other than the u-joint at the end. I must be missing something, physically or mentally

Thanks to All for your help!

I’m pretty sure it is the fact the the outer column is bolted to the car and the u-joints keep the inner column attached to the lower column and rack, that keep it from moving. Nothing locks it together when it’s just sitting on the bench.

That makes sense. Thanks

I think Erica is right. There’s nothing in the assembly to limit axial movement until it’s bolted up in the car.

In fact, the inner column could move down so that the signal cancelling tang interferes with the switch bracket if it weren’t for the fact that movement is limited by the lower column. 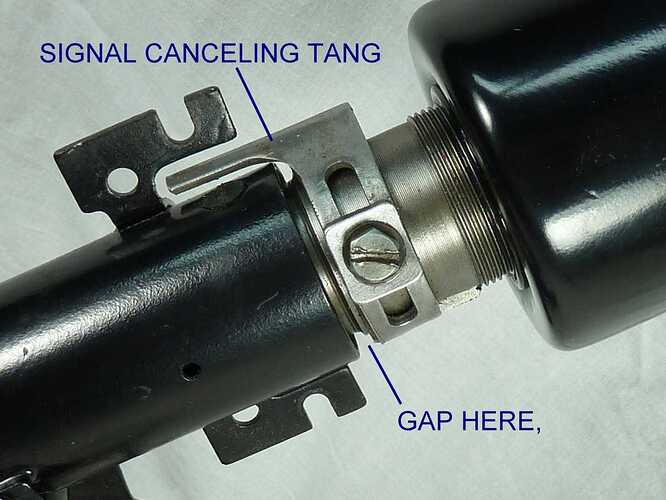 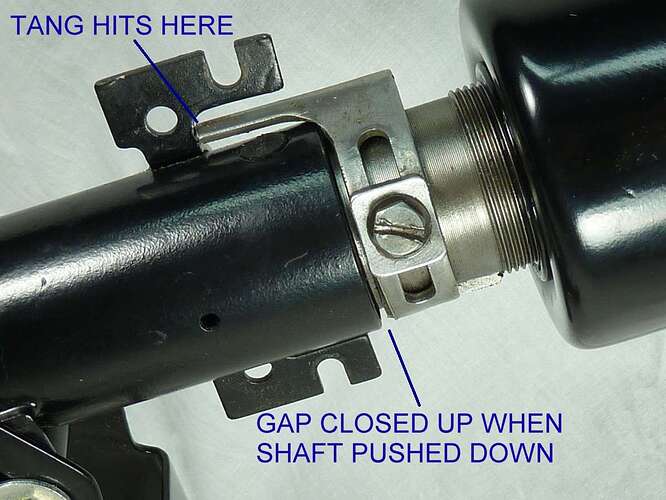 Thanks Clive - appreciate the confirmation

Your car must be newer than mine. The day after my car was built Jaguar changed the turn signal device. Mine is clamped to the column housing. There is no bracket welded to the housing. My car is 880766, and they changed about 7 cars after mine.

The column I showed above is from a 64-65 car and you’re quite right, it must have been a later addition. My 3.8 was an early '62 and I just checked some old photos and the bracket is absent. AFAIK, the problem with the lack of axial location was the same.

Interesting. How did you find out that he was the original owner? Not sure how many former owners there were. I bought the car in 1981, and have never driven it. Hope to have it done by July.

George looked after this forum from right back when it was just a mailing list until a few years ago. The entry says he bought the car in '68 and sold it in’73. Later on he had an S2 OTS.