I think I have screwed the radio and climate controls.
I inadvertently left the headlights on overnight and flattened the battery completely. Had a brain fart and reverse connected the battery charger. Unfortunately it was a few hours before I realised. Battery is now charged up with the correct polarity and when I started the car the touch screen is blank and non of the controls respond.
Currently the blowers are working along with the A/c but mainly in defrost mode. Thankfully the temperature is comfortable, otherwise tomorrows journey to Taupo would have been horrendous.
Something that is probably relevant, the temp display is cycling through with (EXT) temp (blank) and where the set temp should be displayed it is cycling through;
C0
S or 5 0
S or 5 1

Any thoughts out there?

Try disconnecting the battery for 10 minutes and then reconnecting it. In the future Red to Red; Black to Black. Double check first and then plug it in.

I have been working with Cameron at https://oldjaguar.com/ on a CarPlay upgrade for the XKR. Point being that he seems to know a lot about displays and electronics on these cars. There might be some sort of a hard reset sequence or something like that that you can do. Maybe ping him using the contact form on the website. No affiliation.

Thanks guys, tried the hard reset, the only thing that it changed was the blower went from a gentle zephyr to a full on gale, thankfully that settled down, of course this had to happen when we were going to Taupo for the 100 years of Jaguar celebration at the Historic’s Race event on probably the hottest weekend of the year so far. Spoke to one of our club members and he confirmed my suspicion that I had blown a module. Going to see him this week to do the exchange $$$$$

So I went to my Jag guru and after trying all the normal modules to no avail, I off handedly suggested that it might be a fuse. Not expecting much to transpire he went into the bonnet fuse box, all clear, in the glove box ahh ha a blown fuse, yep all back to normal 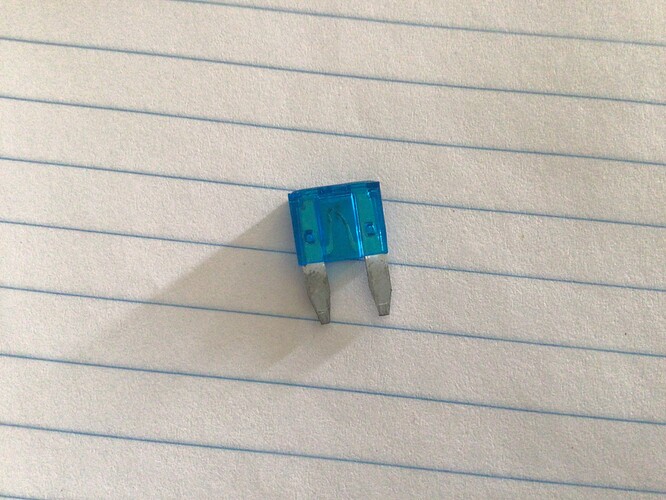 Well we all have to admit we missed it.

Following on from that fiasco, next day I was out in the car doing Meals on Wheels delivery and after picking up the meals and getting to the first drop off I noticed that the fan was running, strange I thought as it wasn’t an overly hot day.
Get home and even with the car switched off the lower fan was still running. Decided to disconnect the battery, came back to it a few hours later and sure enough the fan started straight up again, damn fan module had failed!
Went back to the mechanic/wrecker and he managed to find a replacement. Suffered a few bruises getting the thing out and back in but at least it appears to have stopped the fan, haven’t had time to drive to make sure it comes on when the engine gets up to temp.
Time will tell.