I have removed the “new” seal as the vent would not close fully - a common issue I think. Having removed a thick layer of black sealant it is clear why it did not sit correctly. Placing the new seal (Robey) in the cleaned up groove and placing the vent cover on top it sit very nicely except there is a large gap at either end where water will collect unless it is filled with sealant. Comparing the two seals one is much wider and therefore fills the recess fully whereas mine does not. It leaves at least a half inch either end. I thought of fixing one end and then stretching it to fix the other end but I am sure it would fail eventually.
Who supplies the correct size? 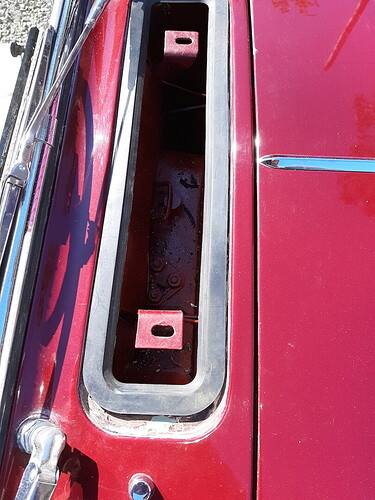 Have you got in contact with Robey , the seal should fit , they need to know , they sale parts for lots of cars , could it be the wrong seal , worth ringing them up , it’s there reputation

Robey advise that there appears to be two different sizes for the V8/Mk2 and I clearly have the wrong one but that is the only one they stock.
I have been given a refund but I am surprised no one has had this issue before.
I have to find the larger seal from somewhere now as stretching it to fit is not what I want to do as it’s a big gap.

Think they are not right , far as I know bodyshells are the same

When I restored an S-Type some 12 years ago, I sourced two scuttle vent seals. Both too narrow. Would take a powerful adhesive to stretch and glue them…

The previous owner of my car (S type) had a similar problem but I managed to cut one from some 3mm thick dense foam rubber sold at the hardware by the roll. It was a perfect fit and thickness. It was important to get the cardboard template accurate first.

On a related matter does anyone know of a supplier for the vacuum actuators for these vents?

And on my S-type the new seal in 1985 was too long, so I had to cut out a section, on both long sides.
BUT, it was made of solid, stiff rubber, whereas the original seal was thinner, and softer, and had a ”crocodile jaw”, which closed when the lid shut. Very clever solution, but the guys in India never understood this, and the company in England who ordered them went for low cost only.
Sad but very common. SNG just says ”people buy on price” when I discuss these issues with them.

The problem I’ve had with stuff from SNG is that they don’t tell you something is not an original equipment design or accurate replica. It would be nice to know what the differences (deficiencies?) are before deciding.

Bought both inner and outer seals from DM who actually told me they wouldn’t fit,lol
They were right but got the smaller inner one fitted ok with a bit of stretching it has to be glued anyway. Havn’t done the big one yet but it is about 1/2" too short.

I bought mine back in the 1990’s from SNG Barratt when they were still called British Auto USA. I put the new piece in a draw choosing to not install it until after getting the car repainted, which took place several months later. When the time came to install the new seal after the car had been painted, I could not find the new seal. I looked all over the garage, but could not find it. Since I never take the car out in the rain, I elected to never open the scuttle vent. Then, coincidentally, several weeks ago we decided to clean out the garage and divest ourselves of a pile of useless items. To my surprise, I found the missing scuttle vent seal. Yesterday I finally found the time to install it using a clear (better than silicone according to the label) sealant. The part fit perfectly, but, unfortunately I have neither the bag nor label to ascertain who manufactured it. But, once again, I must emphasize the part fit perfectly.

The first seal I got was terrible , it was made out of flat foam rubber , the second was like original , and fitted just right , I will try and find the bill , but it was a long time ago .
I guess before people order a new seal , best have a measure up , and then ask what size the new seal your buying is

For clarification the part number is BD9876. I have attached images of the original I removed and my new one. The profiles appear to be identical it is just shorter on the long sides. Old one 440mm and new is 428mm. Go figure! 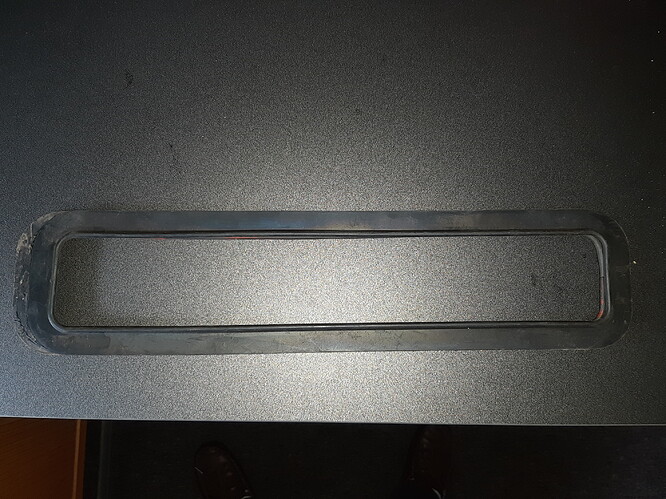 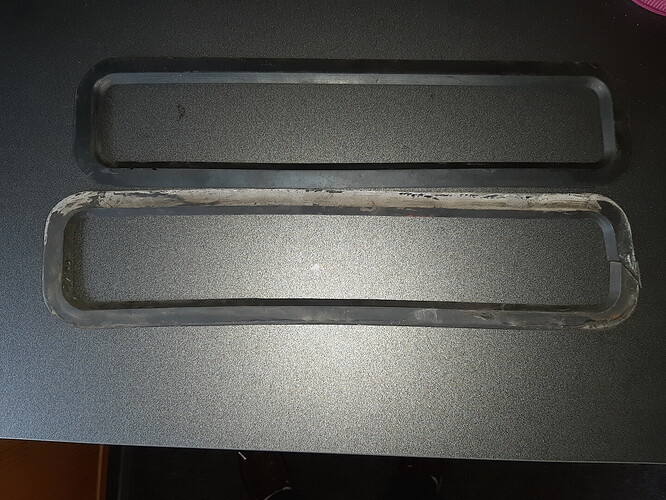 Cant find any paper work , but mine is 44cm

I will call all the usual suppliers and get dimensions. My suppliers conclude there are different sized appertures manufactured. ?? Really?
I have four Mk2/Daimlers here and the physical opening in the bodywork on all of them is 445mm. They range from 1963 - 1969.
David Manners have measured theirs and the seal end to end is 438mm so going to be the better size. I reckon my old seal was a factory original that was removed and re glued (badly) thus it has stretched a couple of mm’s. The restoration is a bit of a mess so saving on a rubber seal would make sense. It seems to have original colour and undercoat stuck to it then new glue on top… 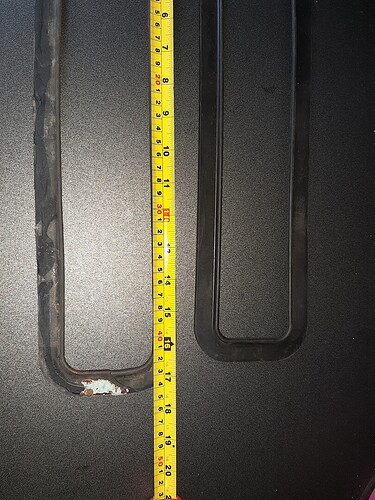 My suppliers conclude there are different sized appertures manufactured. ?? Really?

Talking out his ass , to cover himself for stocking poor quality parts ,

I cut down a MK2 front qtr vent seal for my 420G, with good results

I used a clear bonding superglue that is designed to stick O-rings back together in the field !

If the right size seal is about , no need to cut and paste ,
I had a bad fit oil seal from SNG , they said it was right it was my car that was at fault ,
I made it quite clear it was the seal !!
They got back to me with apologies , they just got a new batch of 50 in , out of spec .
If we don’t tell them they are wrong , they will not know ,
Like all the 430mm vent seals floating about , some poor sod will end up with one .
Ask size before you buy

You’re saying size DOES matter? Have we all been living a lie?

Would not know , I have never had to lie