I have a 1966 Series1 2+2 i am building out as a Vintage racer. I am looking for any HISTORICAL photos or articles showing a 2+2 being used as a racer in the late 60" or early 70’s.
My reason for asking is, i am making several minor upgrades to the car which i hope to document and have allowed under VARAC technical rules. ( for example i have installed a 4spd Manual with electric overdrive from a 420G that bolts directly in without any modifications to the drive tunnel). As well, a Series3 brake duct cooling vents bolted to undercarriage fits the 2+2 body. I also fabricated several Alloy panels which are similar light weights.
I have an understanding that if i can document that these mods were done in period racing, they will be accepted on my build. Any reference is appreciated.

I wish you much success Graham but don’t you think the 2+2 wheelbase is a little “long” for racing?

I don’t necessarily think that’s going to be a problem: there are a number of race cars that have longer wheelbases than that. It should be very interesting!

Welcome to the loon-E bin!

I happen to be an old ex-racer, and I think that’s a splendid idea… It will be unique and interesting and an extreme money pit!

Enjoy and I look forward to seeing its progress.

@CliveR may have some good recommendations for your suspension set up.

there are a number of race cars that have longer wheelbases than that.

Are those cars perhaps wider that would help with controlling the pendulum effect?

I’ll have to think upon that for a bit, but I think that the ‘pendulum effect,’ albeit real, can be easily overcome by things such as setting up weight distribution, and appropriately-sized anti-roll bars.

I hope to put all negative response rest. I have a 1966 FHC road car. I have a collection with a buddy of about 20 cars. Mostly British and German. Porsche, BMW, Land Rover and Jags.
The 2+2 i have is a bare body shell. When i pulled it out of the mud, it was discovered with a 1961 Etype OTS flat floor side latch car, as well as a 1965 OTS, 2 Austin Healys, a 1952 MG TD and 1948 MG TC as well as a couple of XJS and XK6. I sold most of these off, for considerable money.
Some of the above cars have been sent around the world and in the hands of restoration houses.
The 2+2 i collected had been stripped bare without even a screw attached, just the bare tub.
While i was selling off many of these cars, I was contacted by individuals that had parts to sell. I collected 3 4.2 engines, 3 full rear-end assembly, 3 full bonnets in various states (including a 1964) 2 front end assembly including rack and pinnion and steering/suspension components. I also collected many body panels and doors. The series 3 doors and the same as Series 1 2+2.
For me to buy a new interior for a 2+2 that i don’t need or want makes NO sense. I do like the 2+2, and by no means am i being disrespectful to the cars or owners.
Simply, i want a E-type vintage racer. Will the car be as competitive as a 1961 GTO, of-course not. Will it be competitive as most Healy’s and Lotus of the era, YES. And, it gets to run on the same track.
Generally, vintage racing is a gentleman sport run by owners who love their cars.
I am now looking for advice. I just want some supporting historical documentation.

If anyone wants to talk about restoration projects, i have a 1952 MG TD for free. (you just have to pick it up) Last month i gave away a 1962 Austin Healy as i sold 1000LBS of spare parts including a NOS Alloy front shroud.

And off topic, i am selling my 1989 Land Rover 110 Camel Trophy that participated in the Amazon Camel Trophy Event.

you are exactly right. I have a adjustable torsion bar reaction plate from Mossmotors.com as well as stiffer torsion bars that once on the track i can fine tune.
My car has been lightened considerably with the inclusion of Alloy panels that have been fabricated. including eliminating the interior panels and hardware i estimate saving about 400lbs off stock. Using plexiglass for back hatch glass saves 22 alone.

If anyone wants to talk about restoration projects, i have a 1952 MG TD for free.

No negative Nelly here! I look forward to the process of you turning this into a race car!

Barn finds are still out there. I did not want to promote this until i had the whole collection of field cars out of the way.

In the first video is a 1966 Etype 2+2 that sat on a trailer for 30 years and 2 E-types that sat in this position since 1969.
There is a huge back story why these cars did not move from that time, but thats for a latter time. 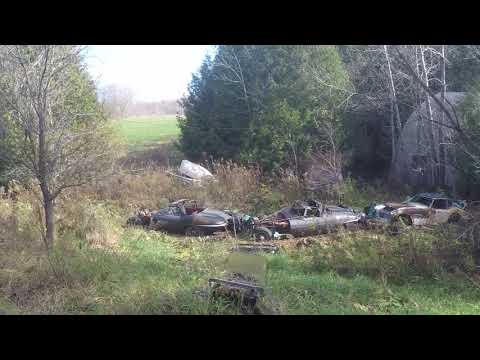 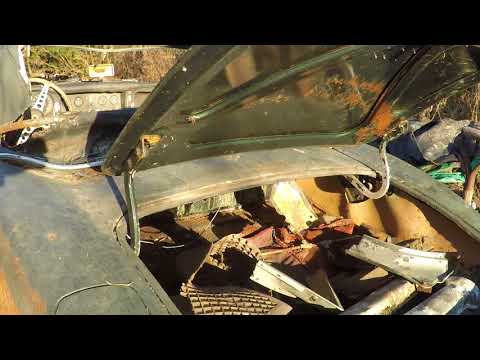 I had that effect come into play many years ago when I took the car on the track just North of Atlanta.

Dry road surface, warm day, came into a relatively slow corner, dropped into second and hit the gas. I managed to stop the car swapping ends but only just. Got lucky.

Very likely wasn’t anything of the “pendulum effect”. It probably had more to do with the type of tires, the type of surface, the attitude of the car going in the corner, and the speed.

If the so-called “pendulum effect” was a significant part of the envelope of performance, formula cars would never make it around a turn.

I doubt that many (if any) E’s were raced with the o/d gearbox but happy to be corrected.

So Graham what condition is the body in ? Have you commenced its restoration?

Where are you located ? USA Uk or elsewhere

Very good possibility. I have found a 2+2 that was produced in 2019, but none raced in period. The Over drive box will not fit a FHC or OTS, the tunnel and is too short and cant really be modified to fit.

The body is in OK condition. I have new floors and I am fabricating any other bad spots i am cutting out. I had the car Acid dipped, so there is no surprises or hidden anything. The car is located in Ontario Canada. I am not having any plans to sell it. When finished it may be worth 40-50k, but i will have that or more into it.

I took a look through The Jaguar Etype Definitive History by Porter, which extensively covers competition cars from the day and also has a chapter on the 2+2. The 2+2 was marketed as a “family man’s car”, due to the back seat that would suffice to carry children. It could also be had with an automatic transmission so the wife could drive it around town on errands. All the Jaguar advertising material in Porter highlights the utility of the elongated car, such as showing the car loaded with sports equipment, picnic baskets, etc. There is one picture of a 2+2 tearing up a gravel road but in street trim.

As discussed in Porter, the Etype was at a disadvantage from the get go from a racing standpoint, as it was heavier than the competition, such as Ferrari. A large number of the competition cars shown in Porter are OTS. I have always thought an OTS would have poor rigidity compared to a FHC but apparantly less weight trumped chassis stiffness. Plus how cool is it to move through a corner with the near side front wheel off the ground!

In Porter there is a chapter on racing the Series 3 V12, which was basically a 2+2 body style. Plenty of pictures of those. But as you describe it, I can’t see those cars making a case with your race sanctioning body for a Series 1 car.

Footnote: I tracked my 67 S1 2+2 a decade ago. It was my first time on track in any car and in retrospect I was just a painfully slow beginner, afraid to wring the car out that I had spent 10 years restoring. I quickly graduated to a Porsche 944 which I tracked happily for over a decade.

Hey Harvey. Love what you did with the 2+2 body work. I am working with lead to close up my seams as well.
Good luck getting your FHC finished.