Compared to a modern there’s obviously more wind noise but I’d like to get that down. Furflex is in pretty poor condition, does anybody know if replacing that will make any noise difference? Actual door seals look original, 50 years old but don’t leak and seem to seal all round, if a little hard. Quarter light rubbers quite degraded but no leaks.

I realise I won’t get it to modern standards but an improvement would be nice. I was given a ride in what must be one of the best XJ12C’s recently (yours for £50k/$65k) and to be honest mine isn’t much different to those wind noise levels so it may just be that they’re all like that.

I’ve changed the Furlex in mine, I bought it from https://www.carbuilder.com/uk/
As it doesn’t touch the door it does not improve sealing, wind noise or drafts but new softer rubbers do. Its always been an area that can be improved, I was thinking of adding additional self adhesive foam to minimise this but I came to the thought that “it is what it is” i.e. an old design. What I have done though is thoroughly sound proof the doors on the inside and also where the door card sits, there were lots of holes and cut outs and I am hoping that (when the car is completed) I have made a physical difference. 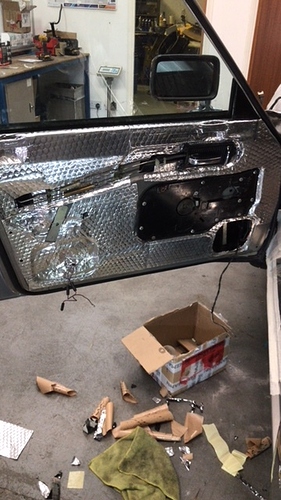 Our S1 isn’t too bad. New door seals and quarter light seals. One way to locate leaks is to selectively tape off door gaps, go for a drive and listen for improvement. I have packed the seals in a few places to improve contact using this method. FWIW. Paul.

**
Did you do the ‘dollar bill’ test on the door seals, Bertie…?

Thanks for the advice. I didnt know the note test but tried the far more expensive 5 pound note test and it did reveal a pretty sloppy drivers door seal so that needs fixing.

The furflex is now the most scruffy item in the cabin so it also needs replacing.

Jobs to do over winter…

Keep the original just in case. New ones are not great sometimes.

Are the quarterlight (vent) rubbers available? Haven’t seen them yet.

Thanks for posting that photo.
Looks nice.
I’ve been wanting to do something like that.

Unable to find anything searching “furflex” via that link fwiw.

Yes, furflex has been a subject for me too. Strangely difficult to find in my searches.
Couple I had found were surprisingly expensive as I recall.

Those found were always black. Would work for me having grey interior (although furflex originally grey).

I suppose one could spray dye them from the aerosol can type, and using your hand while wearing a rubber glove immediately pull them through wet and rub it in, etc. so to match interior/original colors.

Indeed Jaguar used colour-coded furflex trims and today all you get is black, maybe grey, but unfortunately no moss green:-(

My furflex door seal is detaching at the upper edge of the left front door. Will try to keep the process at bay with some glue, but am skeptical about the chance of success. So if you should run across some moss green furflex, keep me posted!

Thanks and good luck

far more expensive 5 pound note test and it did reveal a pretty sloppy drivers door seal so that needs fixing.

**
Indeed, Bertie; the furflex is more for keeping air leaking into/out of the cabin - cabin side. Leaking door seals may be very noisy as air flows past them - without necessarily entering the cabin…

As an aside; door seals may also fail the 5-pound (or cheaper dollar bill) test due to door adjustment faults - or indeed twisted doors/window frames…

Mike - I used the Dynamat noise suppression extensively in another car. The makers do say you don’t need to cover the whole panel but like you, I just couldn’t stop myself. It was most effective in knocking down mechanical noise, around gearbox, firewall and over differential and propshaft.

Also recommend the insulating foam over roof, firewall, gearbox and exhaust runs because it is surprising how much heat ,makes its way into cabin through all of those channels.

Well there are fabric dyes available.
Uncertain how powerful they are. Can be found on Amazon and auction site.

A bit more powerful, but once again spray leather dye an option I’d certainly experiment with if I had no other alternative. Would not be soft and “furry” for some time though.

There is a brand named Brillo, as example, #008 Avocado is a color offered.
I’d give it a shot using a glove as mentioned, but that’s me. 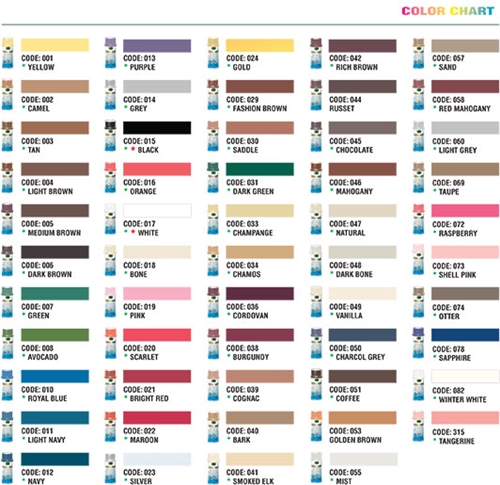 Here in the UK we seem to have a couple of sources for furflex - but they’re not cheap. Mine are beige at the moment and look original. But with a red interior, while it doesn’t clash, it doesn’t match either. There’s an XJ6 kit on ebay from a reputable quality source available for the equivalent of about $160US. If you’re looking to dye, then starting with a lighter colour makes sense.

It looks like there are two types of furflex used in XJ6, one format for horizontal and one for door pillars which has extra rubber padding. Though this latter one is only black or beige.

Well,it’s my lucky day.
How about that.

If I wasn’t searching for this fella with the new Mk7 I never would have discovered.
Also as a search for fur flex does not find anything?!

Yes quarterlight rubbers are listed here by the usual suppliers. Mine had new ones fitted before I bought it. Looks decent. Mind you, the rubbers holding the glass in the quarterlight frame look very cracked.

We must be careful with reference to Furflex on the XJ forum as what we have on the XJ is often referred to as “bang-on”, i.e It fits onto a flange. The furflex available from xks.com is correctly identified as furflex but the illustration shows it does not fit over a flange.
I’ve tried staining or re-colouring the edge material ((bang-on) with poor results so if anyone finds a source of NOS material, particular Moss Green, please give us all a shout !

I did find a supplier of Green Furflex for XJ6 Series 1 for those who were looking for it. Aldridge trimming in UK.

I have ordered a set in Beige and separately a new drivers door rubber seal, lets see if that improves wind noise levels. My drivers door closes suspiciously easily and fails the £5 note test indicating there’s very little compression, it was also the worst fitted panel on the car when I got it.

Thanks Bertie, for the info!

Where did you find the green furflex? For SII cars I seem to find only Black, Beige and Grey. Maybe, I should just contact them.

BTW, and off-topic, I’m searching for the parallel product for my Spitfire: clamp-on furflex with rubber seal shaped like a mushroom. My usual part suppliers only carry a standardized profile with an o-shaped rubber seal. Do you have any recommendations for a specialized trimmer?

Thanks and best wishes

It is odd. When I look at the Aldridge trimming website for XJ6 side & door panel trim the series 1 shows an option for Suede Green, but the series 2 only shows Tan, black, beige and grey.

I’d guess that if the car was a series 2 SWB then the S1 trim would fit. If it’s LWB maybe ask for a special order of S1 Green with an extra half metre or so of length. Since it looks like it comes as a single length and you just cut to size that should be OK.

indeed, I don’t get the point either. The furflex trims for SI and SII cars should be technically identical except for the extra length of rear door seals for LWB cars (which existed both for SI and SII) and many of the exterior and interior colours were carried over to SII.

So I guess I’m searching for “Sage” which might come close to “Suede Green”. I’ll try to get some pics or a sample to find out whether the colours really match.