I am new to this section of the forum and have a question.

I was fortunate enough to purchase a series 2 XJ6 coupe in September and it is generally in good order and a joy to drive.

However I am baffled as to the pedal set up which is a modification I believe.

By way of background, the previous owners late husband used to work for British Leyland and made a few changes.

Now my question is, does anyone know what
This set up is and how to adjust it as there is some play in the cable, which looks exactly like the cable system on a bicycle?

Thank you in anticipation. 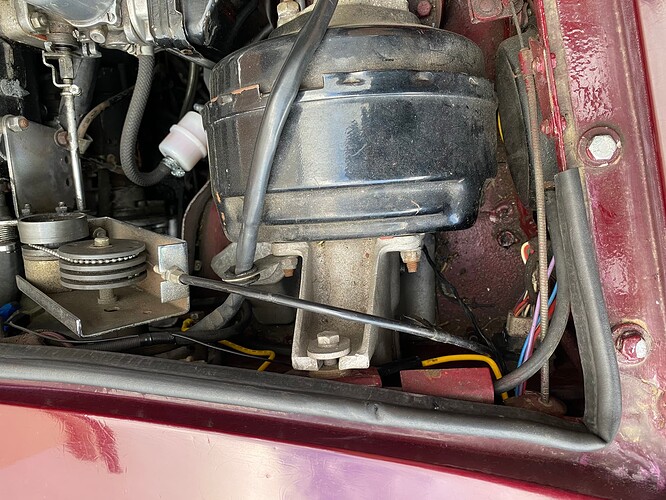 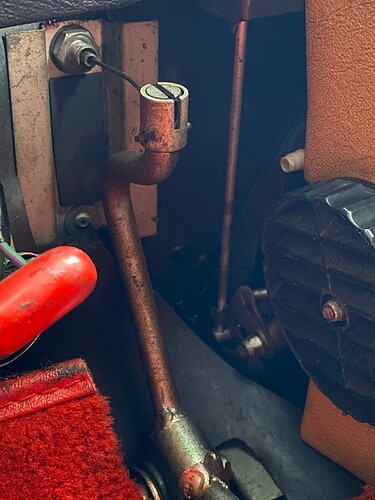 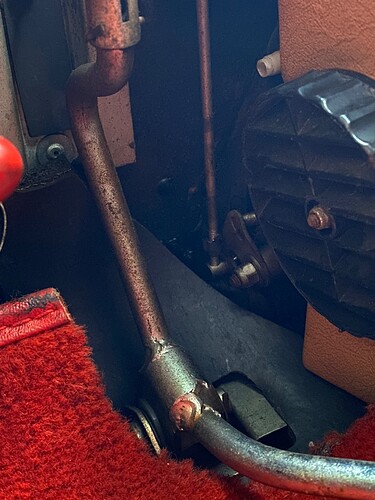 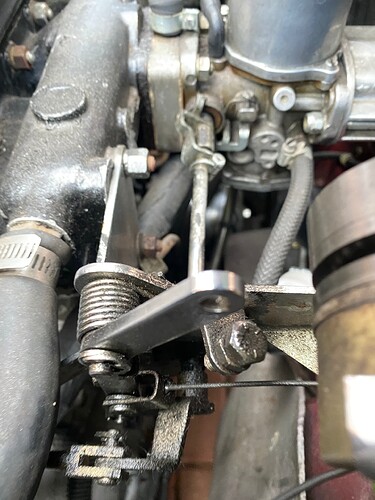 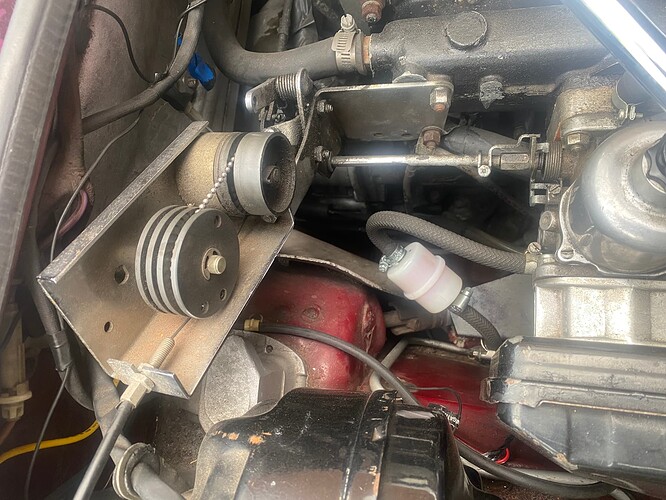 In my quite limited exposure to these cars, i have never seen that.

I gotta say the pictures depict a slick system’

What a curious system. I wonder if the superfluous holes in the housing means some thing has been removed…. I imagine a primitive cruise control, but AE Econocruise was available as early as 1975.

If the free play is in the area where the cable enters from the firewall then I would imagine screwing the adjuster out should remove some free play.

Interesting. I’ve always thought the pedal feel in mine is quite sticky because of the bicycle cable arrangement. I’d love to re-engineer it with some kind of roller and pivot arms, sort of like my TR6 has, which has a much smoother pedal.

The bowden cable is factory but the pulleys?

The ‘pedal’ adjustment is the ‘screw’ on the aluminium(?) bracket that holds the pulleys - works like on bicycles. However, there must be some overall slack to ensure that the butterflies can close completely with pedal released…

More likely your cable or another linkage is sticky because a good cable should feel very smooth.

Now that you mention cruse control, there is this by the fuse (1 in picture).

Plus 2 and 3 which I do not know if they are standard or modifications. Now the previous owner did used to tow a caravan so not sure if 2 and 3 are anything to do with that… 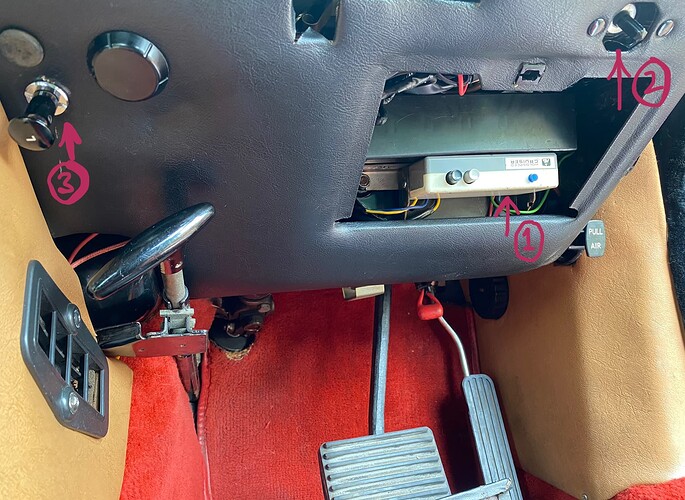 It is my first xj6 coupe so I have no reference. The pedal seems to work very smoothly indeed. There is no stickiness.

The more I speak to people and see their reaction, the more I think the PO has just made up a bespoke system. And because this is my first coupe, I do not know the problems that the original set up had which the PO did this to overcome.

I am now really intrigued.

A ground failure caused the electricuty to find it;s way via the throttle cable

Aye, it seems that the last picture depicts a CC brain wit a cable link to the throttle pedal. Now wonder where the safey interlocks are. At the brake pedal and at the shift lever??/

I do not know the problems that the original set up had which the PO did this to overcome.

I am now really intrigued.

**
The original set-up should work perfectly, unless there were some fault, Junior - but POs are known for not always fixing faults but to bypass them…

The connection from the pedal to the pulleys seem clear enough - what about from the pulleys to the throttle mechanisms? It may be that a change of carbs made the original set-up ‘impractical’? That said; if the modification works OK, it may be easier to live with than change…

I think carl might have something with the cruise control, the chain connecting the two pulleys would allow the engine side pulley to open the throttle without affecting the throttle pedal.
And the again maybe not looking at where the cable enters the wing side pulley

It works perfectly so I will definitely leave it as is.

I am just so desperate to know what the pulley system is. Ie is it just the PO own invention or is it something taken from another car or other machine.

Very sure it’s cruise, I wasn’t sure because I can’t see the wiring but it is the only thing that makes sense. There must be a servo and something to couple it to the pea chain again.

It works perfectly so I will definitely leave it as is.

…not that it really matters, but the cruise control is very useful - it allows resting your right foot, preventing leg cramps on long journeys. And in principle; the cruise reacts to speed only rather than being affected by the load of a trailer…

**
As originally fitted to the series 3, the gas pedal moves with the application of the cruise, Robin…

However, being an aftermarket set-up it may have other priorities - the question is then if the engine side
pulley can be moved without moving the throttle pedal…?

Leaving the question of how the cruise module moves the throttles unanswered. Maybe parts are missing/decommissioned…?