t looks okay near the center where everything lines up pretty well and then, as it progresses to the front and back of the block it’s more and more out of whack.

You are absolutely right! Very observant! I just looked again at the original of that photo and the gasket defintiely goes out of alignment to front and rear as you describe. I had not noticed how bad that was until now.

I think this pin-points the source of the trouble as the gasket clearly must be spot-on in alignment over the bores to have a chance of sealing with so little area of metal between the bores and slots.**

I just looked again at the original of that photo and the gasket defintiely goes out of alignment to front and rear as you describe.

It’s possible SNGB got that gasket from the same company that made the Lucas branded one I had. Here’s a pic of the Payen fitting correctly: 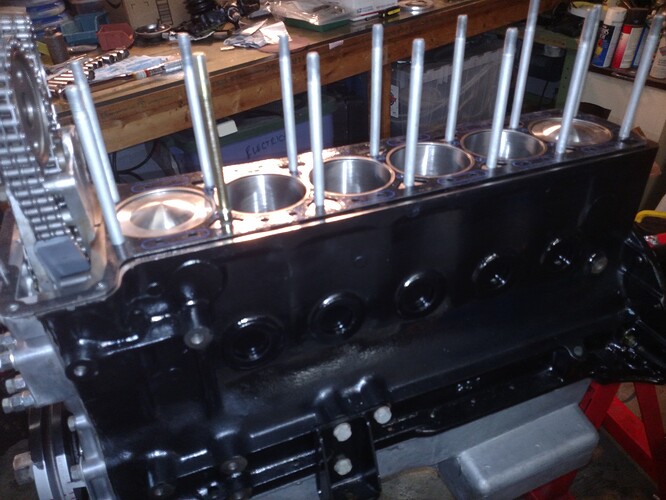 I have the gaskets. 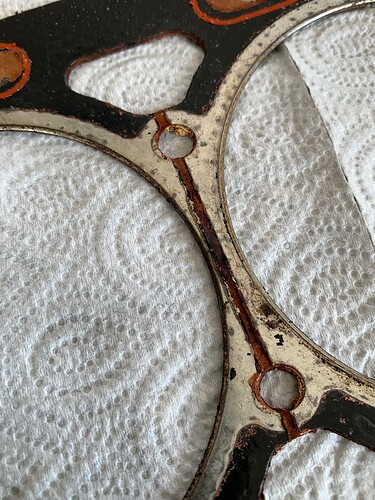 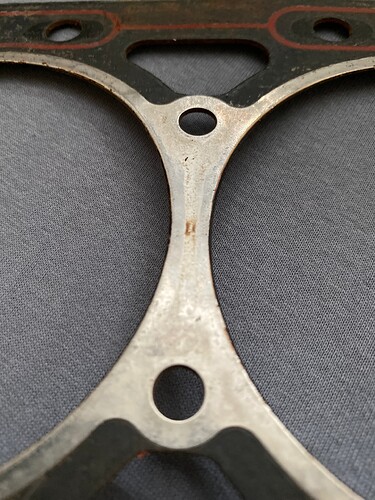 All 5 slots well centered. Same type gasket as yours and probably the cheapest - nothing wrong with the gasket. The issue still is very obvious.

Is that another? Yup, I had te same idea before as to the land. Very small to get a clamp/

a thought did strike me. Compare the fire rigs on the gasket that failed to te Cometic.

It is the fire ring tht makes the seaal. a tewo way seal. One against coolant and te ther as to combstn fire.

Poor fire rings on the origianl might be the ssue.

I didn’t get on very well with Cometic. After providing them with all the information on my engine (car model year, engine size, engine number etc etc) they took 6 weeks to make and send the gasket. When it arrived it was for a 2.9L XJ40, not a 4.2L XJ6 series 3, so I had to return it. A further 6 weeks later they informed me they had the correct gasket but then wanted an extra £100 to ship it to Thailand on top of the £160 I had already paid.

In the meantime, SNGB sent me a Free-of-Charge genuine Payen gasket set. On comparing the new Payen head gasket with the last unbranded one I had taken off, there was a big difference in the spacing of the firing rings, with about 2mm difference between the two gaskets at cylinder 1 if both aligned at cylinder 6. Also, all the firing rings had a slightly smaller internal diameter i.e. potentially more sealing area (see pics with unbranded gasket laid on top of Payen gasket). 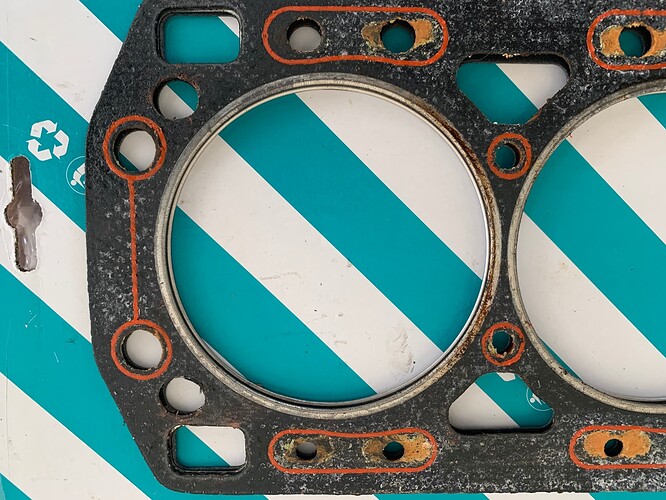 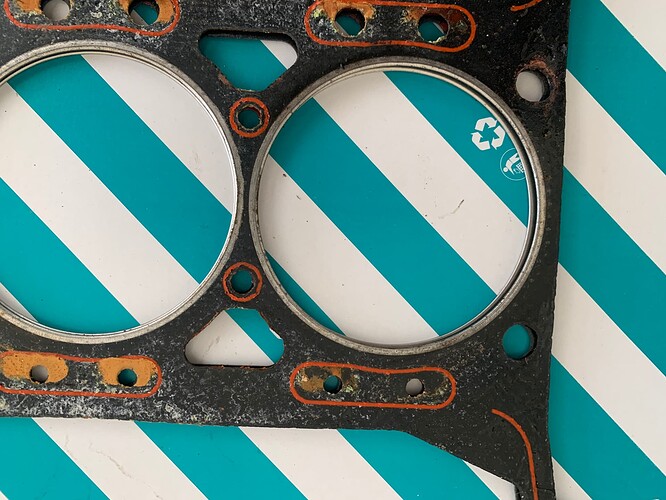 So I removed the head again, cleaned up, replaced all the studs again in case of thread stretch (being careful to ensure all the stud holes in the base of the block were clean and clear of debris / water and that studs screwed down correctly in the correct places) then fitted the new Payen gasket and torqued down with new dome nuts. This time I used fresh water / antifreeze mix and added a can of K-Seal.

This seems to have solved the problem and the car is not using coolant any more.

Many thanks to all who contribited to this discussion and helped me resolve the problem. I think perhaps those pattern part unbranded gaskets would work OK on a non-slotted-type block, but the minimal surface area on the slotted block makes them unsuitable.

On comparing the new Payen head gasket with the last unbranded one I had taken off, there was a big difference in the spacing of the firing rings, with about 2mm difference between the two gaskets at cylinder 1 if both aligned at cylinder 6

That’s exactly what I experienced as well! It appears there are definitely some poorly cut gaskets floating around - unfortunately mine wasn’t just an anomoly. Glad you finally got a good gasket. Add ‘head gasket’ to the list of poorly-made aftermarket parts we need to be careful of.

I’m sure that you will be all good now. I bought a Payen gasket five years ago and fitted it up to my Series 1. Never uses drop of coolant and still has no apparent cracks between the bores. It was tested during rebuild in the early 90s and continue to “baby” it from a temperature perspective.