new here
planning to buy
and the best yet is a series 3 that has sat for 20 years
does anybody have experience of damage due to storage?
gummed up rings
dried out oil seals etc
I would like to know what I need to look out for,The car has a fresh MOT and stuff but that is just the beginning
I would be very thankful for any tips on what to look out for on this car which is otherwise in really nice condition
5 speed conversion too : )
all the best
Ian

Welcome to the forum
If it has a current MOT ….it means that at least it stops !….I’m not sure what an MOT requires but I’m sure that it will mean that it’s been checked over by someone competent ……as for the rest of it …… you need a competent prepurchase inspection done by someone who knows these cars thoughrly

If you are in Germany, there are a couple of listers who are there, and can help you.

For a car having sat 20 years, it’s safe to assume that all the hydraulic systems are shot and will need to be rebuilt, that the engine may be stuck, and there may be sticky valve guides, so be very, very extremely careful when you go to crank it over. There are procedures that should be used to do that very gently and very deliberately.

Also, if the tires have been sitting that long, they are no longer safe to use for anything, except putting it on and off the trailer.

Paul , Ian says it has an MOT (annual roadworthy I think) ……so would need to have complied with the German Regulations I’m guessing …unless the car is in the UK ….needs a bit more investigation …I agree with all your steps above

Perhaps I am unaware of how things work over there, but I don’t understand how a car can have a fresh MOT and sat for 20 years. Did it sit for 20 years, then get pulled out, cleaned up and then pass the MOT?

Who knows but I would have thought the latter….unless it was a MOT fresh 20 years ago

Lots of threads here with lots of good info on starting after long-term storage, use search.
Replace hoses (coolant and brake), tires, all fluids and filters. Drain gas tank via the sump, then inspect the inside. Lube all fittings. Many would recommend a bit of atf or kerosene in the cylinders to free sticky rings while turning the engine with a wrench. Spin the engine with the starter (plugs out), see if you get oil pressure. Put in fresh gas, make sure fuel pump runs and carb floats are not stuck. Cross check all the other threads you have researched and do everything I have omitted, then put in the plugs and she if she fires! Expect leaks. As a Yank, I am unfamiliar with the MOT process but gather that it is picky and unpleasant, how does one acquire a fresh one on a non-running car?

Perhaps I am unaware of how things work over there, but I don’t understand how a car can have a fresh MOT and sat for 20 years. Did it sit for 20 years, then get pulled out, cleaned up and then pass the MOT?

Hello Paul,
Here in Victoria, the car can remain road registered by simply paying the registration fee on time; there is no annual inspection. I know of one guy that kept up Rego and Insurance for the 7 years the car was being restored, just so he didn’t have to have it road worthy checked on completion. It was a decent car to start off with, so no basket case requiring a lot of work. Then it was brought to me to fix up some of the Fuck Ups.

There was a thread here recently about someone that punched a hole in a piston with a valve. Conjecture was that the valve guides were sticky from old oil. That is not something I would normally think of but it would be simple enough to pull the valve covers and get some penetrating oil on the valve guides while hand cranking the engine.

It seems to be a standard trope on reality car TV to find an old car and get the engine running in an afternoon. See Chasing Classic Cars by Wayne Carini, among others. Frankly it would scare me to death but I guess it works out more often or not. Maybe the disasters don’t get shown as much.

Or maybe they don’t say how many afternoons !

You will also need to replace all the vacuum hoses. There are at least 17 taps on the intake manifolds and various “T” fittings, and they were all press fit, so hardened hoses will leak everywhere. The gulp valve diaphragm is another source of vacuum leakage.

That is not something I would normally think of but it would be simple enough to pull the valve covers and get some penetrating oil on the valve guides while hand cranking the engine.

With any engine that has been sitting for that long, that was my standard operating procedure. I would just use squirt cans of diesel and soak the valves for a couple of days then lightly tap them, then slowly rotate the engine by hand.

I am mid-stream in restoring my Series III (meaning I have generally stopped taking things apart and am generally putting things back together/on the car) after it sat for 32 yrs.

My two biggest issues were

Check for the presence of coolant and its consistency 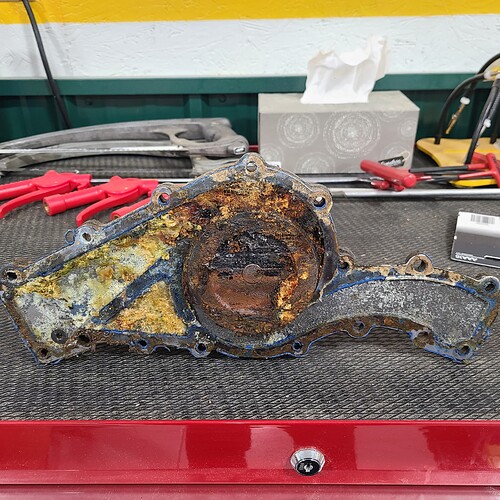 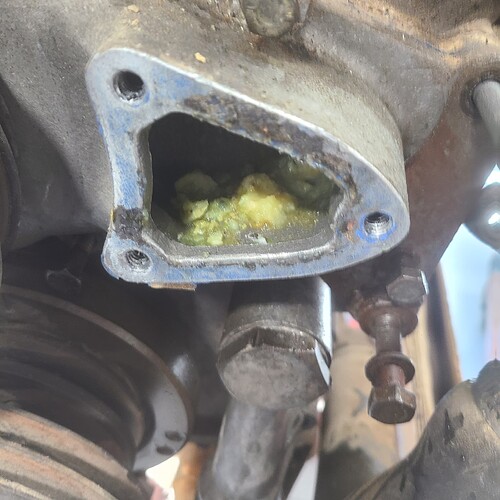 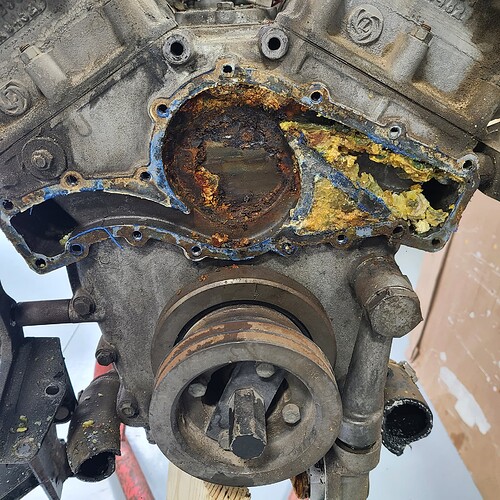 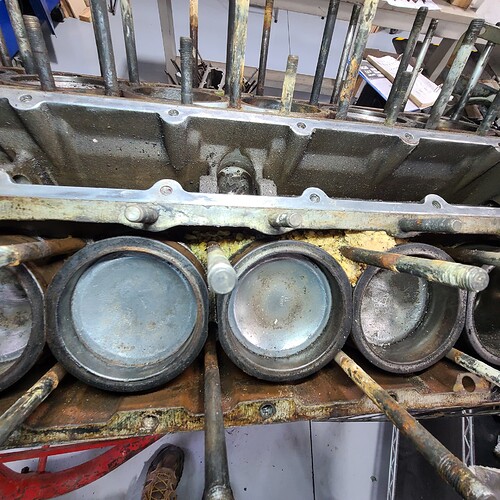 There are at least 17 taps on the intake manifolds

Mike is just kidding.
Its closer to 7-10.
There are, however, 20 coolant hoses plus 3 heater hoses.

A minor point is the condition of the engine mounts.
On the V12 a quick check is to observe the alignment of the air filter housing (which is attached to the engine) and the horn feeding the housing (which is mounted on the frame)
On this restoration, it is clear the engine mounts are in good nick (note the far side air horn is clearly bolted to the frame; also visible is the black near side air horn mount is bolted to the red frame). 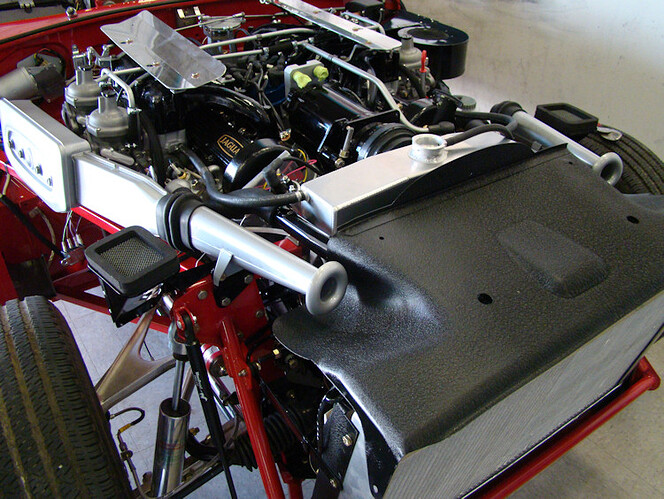 If the engine mounts were old/sagging, the air filter housing would sit lower than the horn. In extreme cases, the bottom edge of the housing could actually sit on/rub against the top of the side frame rail.

Shorter Craig: ALWAYS replace the engine mounts, when the lump is out!

That’s the good news.
After sitting for so long, a concern would be if the clutch is stuck to pressure plate . . .
. . .and the condition of the hydraulic system (as Paul noted above) and reservoirs/hoses (leaky fluids = ruined paint)

Ian
Where in Germany are you located?
Craig

incredible thanks to all of you who have replied to my post
I’m quite busy until Saturday- and I will up date with a bit more info that I know . .
but it pretty much looks like you are thinking along the same lines as I am . .
I just want to be up to speed when I get the guts up to call the guy and try to sort the story out ; )
all the best
and big thanks again
I am quite frankly overwhelmed by the feedback
Ian

I thought the German TUV was quite strict, much more so than a UK MOT, so if it passed that, it’s probably had enough work done on it to make it roadworthy sometime in the last 2 years.