Tried to start up our XJ6, 1981, after standing still for a few weeks - starter motor made some noise (does that sometimes) and then I got white smoke in the engine bay. See attached photo. Any ideas on what’s happening? Do I give it another try without risking anything? 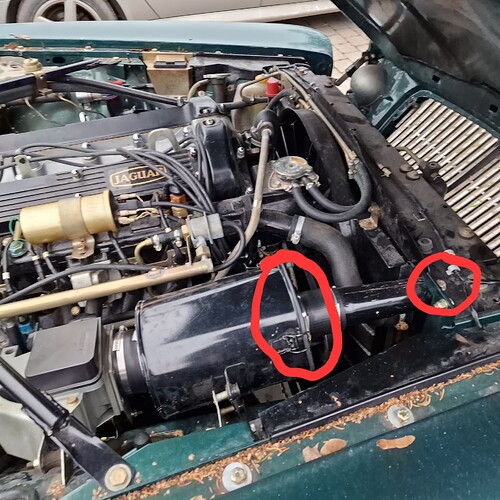 I don’t see any smoke in the picture. And I can’t imagine (at 4:18am) what would cause smoke in the areas circled in red. That’s the air intake tract. Was there a backfire when you tried starting? If so, perhaps some smoke was pushed out thru the air filter?

I’d have a helper try starting the engine while you observe. Be ready to disconnect the battery if something awful happens.