I am doing a job I have been putting off for ages - new headliner, plus cant rail etc re-trim. So far so good but I could do with some advice re sound-proofing to the roof.

The original roof liner board was a pressed fibreglass mat which seemed to have been pretty well secured to the metal roof. The replacement I am fitting is a fibreglass resin board with fabric glued on - this sits a little below the dome of the metal roof so there is an air space between. As a result there is significant noise when doors are shut due to a “booming” vibration of the large sheet of metal that is the roof. I have added a layer of “Dynaliner” to the underside of the metal roof - this has had some effect but not nearly as much as I would have liked.

There are so many specialist products out there with competing claims that it is difficult to make a choice.

Dynamat will do it, or similar. Not needed over the whole roof, its sound deadening is amazing just in small patches. And I think a thin sheet of foam would also be of benefit, not so mucjhfor sound but to reduce the heat transfer on a sunny day. It helps keep cabin temperatures down a lot, especially if you have a dark paint colour

Hey Frankie, I used dynamat extensively in my car but this does not stop noise, it just stops the resonance of the vibration on the part that its applied to.
A layer or acoustic foam (3/4"??) in between the headliner board and the roof would help to absorb the noise here but also a thin layer of foam applied to the headliner before you apply the cloth.
I need to do my head liner soon, did you have to take the rear glass out? let us know where you got yours from please?

The best material for sound is cotton insulation (the one they use on speakers cabinets).
Foam will also work, hardura as well (but it’s heavy).

Whatever you put I would tend to glue it on the roof side as to not put weight and eventually deform the headliner cardboard.

Mine is a SWB model. No need to remove glass providing the replacement board is not too big.

Procedure was…Remove cant rails to sides back and front - the backing is only hardboard so care required to prevent breakage or clips pulling though.

I tried to save the original board but found it impossible to remove without breakage, so cut down one edge with a sharp knife, folded and dragged out.

Roll replacement liner board (with material attached) into a semi tube and secure like this with nylon cord tied round. Manoeuvre into car via back door and when fully in cut cord - board springs open.

The only way I could get it located in the metal perimeter lip on the roof was to start at the back window and then locate the sides; finally push forwards to locate the front. Because the board must be smaller than the original to get it in without taking out the glass it is about an inch short at the back edge. I will need to make something up to bridge the gap and hold it along this edge.

Got my board form Headliner World - Dejan there very helpful. Didn’t much care for the quality for the fabric so did a deal for the board only - bought wool cloth liner (with foam backing) from BAS in Wales - excellent material - and stuck it on with high temperature glue applied with a brush (a bit like Evostick) - didn’t trust the spray adhesive. BAS do the same wool cloth without the foam backing for the cant rails etc. Much of the old foam disintegrated so ended up applying my own foam backing (from Woolies) to the BAS bare wool cloth.

It has taken a week or more because I had to work it out as I went along (never done trimming before) but am pleased with results so far and have no doubt saved a shed load of ££££s.

Definitely don’t put weight on the headliner. And as I recall the clearance is low, and rain was always very loud.

Cotton will help against drumming?

No, for drumming tar mat is the solution as you say.
Cotton or foam will block outside noise coming in.

I‘ll revisit your thread some time then and see where I can stick the stuff - no complaints, but less noise is always better, and since I have some left over…

OK - Lets see if I have this right.

To deal with “booming” and “tinnyness” I need a tar mat or (because I don’t like the idea of a tar smell in the car) Dynamat (which I think is Butyl based).

Never tried. but, perhaps paint or spray on pickup truck bed liner / No mat under the bonnett in my car. it was awful. planned to apply bed lier. never got around to t. No real issue arose???

I thought that a tar mat would be better suited…

**
So do I, David - it is vibration in the large area of sheet metal vibrating that generates noise that can be dampened. So tar mats were extensively used - glued on to panels, inside doors and the roof for instance, to dampen vibrations by sheer weight. Light materials won’t do that, they may absorb high frequencies generated elsewhere - but not the cause of the noise…

In any case it’s probably advisable to leave a gap between the roof panel and the headliner panel. Big enough so that regular vibrations don’t allow them to touch.
Otherwise a dab of glue but if they are connected I would say its insulation properties are diminished

This will mean its a bit shy at the edges but it will still be effective.

Just another data point: For areas where I just need to stop a panel from generating noise by it’s movement against sheet metal, I’ve found a roll of Armacell pipe insulation works really well.

If this booming noise is generated by the air pressure change of slamming the doors and having the topside of the headliner board smack against whatever interior surface is on the roof, I’d think just about anything lightweight that would break up that contact and dampen the speed at which the contact occurred would be helpful. You’ll see something like wool under-carpet batting installed on the top side of some OEM (GM) headliner boards. It’s heavy enough to substitute for dynamat on an unlined roof but on a lined roof I’d think just some strips of foam (lighter) to cushion the movement would work (except that foam will eventually break down).

Job finished and I’m happy with the final result. The headlining itself was straight forward but re-trimming the cant and screen rails was more challenging than I had imagined.

On the roof dome I used a layer of Dynaliner followed by a layer of Dynamat followed by a lose laid thin sheet of upholsterers “wadding”. This gave a tight fit of the headliner to the metal roof and was excellent for sound deadening but meant there was little “give” when I came to refit the cant etc rails. The replacement material I used was wool based with a foam backing - slightly thicker than the original - which again meant a much tighter fit in replacing the rails. I had to source slightly oversized spring clips to allow for this.

The cant rails are in two pieces - a flimsy hardboard backing and a half round metal rail faced with dense foam. Each had to be re-covered separately. I chose to retain the original hardboard but this is easily broken and the clips holding them are thin and easily break.

As with most owner DIY jobs, you gain experience as you go along and next time (!!!) I would do it slightly differently.

Selection of pics below. 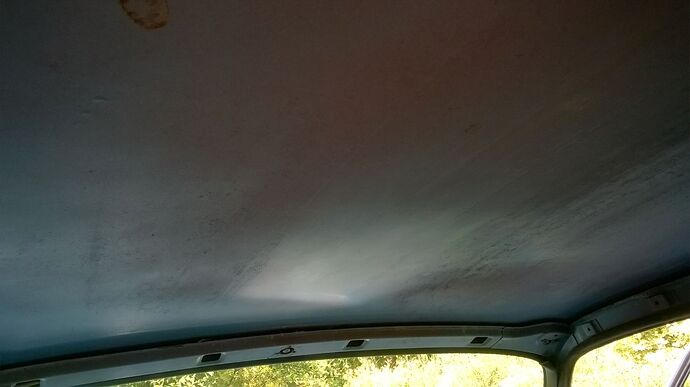 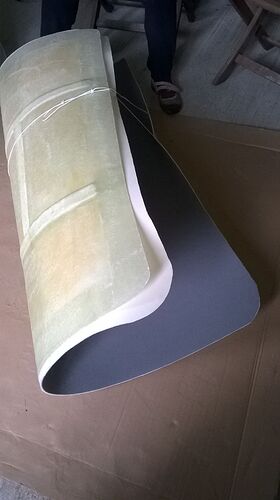 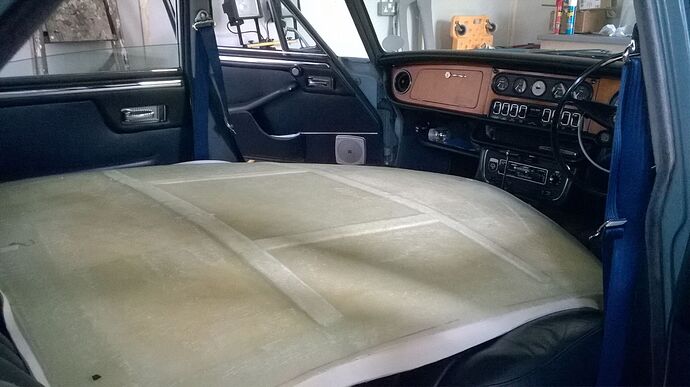 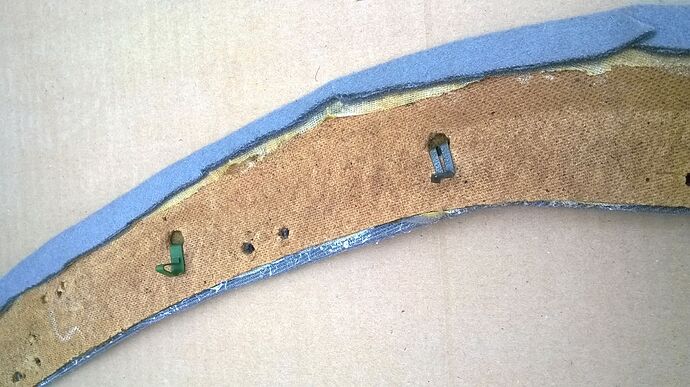 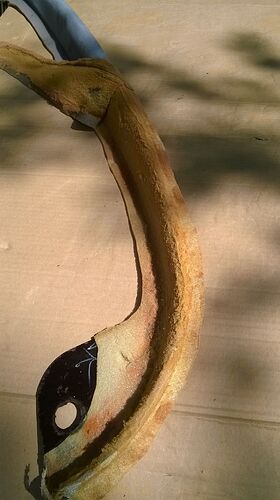