Many has been said about this Jaguar XK 120 Dual Exhaust system, but there remain still (many) questions. In that respect, the famous Service Bulletin 95 reads as follows:

: …a special dual exhaust system, Assembly № C.5700, should be fitted. This should be installed as shown on Drawing № C.5700 which can be provided.

Has anyone ever seen an example of that Drawing C.5700? It apparently gives further installation details. I assume it’s an “assembly drawing” showing all parts as listed in the SPC, but probably more than that.

Bob, I believe have that drawing.

Do you think you can find it and make a copy? I’ve no idea what size the drawing is. But might be some kind of folder with instructions, if customers could ask for it…

Yes, we’d love to see it, in whatever format and condition it may be.
Even just photographs would do if nothing else is possible.

I have no problem getting it copied, but possibly too large to have done locally It’s a pretty good sized drawing. If Bob or Rob can PM their email address we can sort out details.

Just sent you a PM with both Rob’s and my email address. If you copy the two of us, it cannot go wrong. We will see what’s the best way we can make the drawing available/accessible to other forum members.
Appreciate your help in this. Curious what will be on that drawing…

Harold Lang sent us a copy of the original drawing C.5700, showing the original lay-out of the twin pipe exhaust for the Jaguar XK 120. This drawing gives a superb impression of what the original looked like, including all brackets, mounting rubbers etc.
To share this info with all of you (as far as interested of course), please see the attached photo which I guess is good enough to zoom in and read every detail.

Thanks one more Harold! 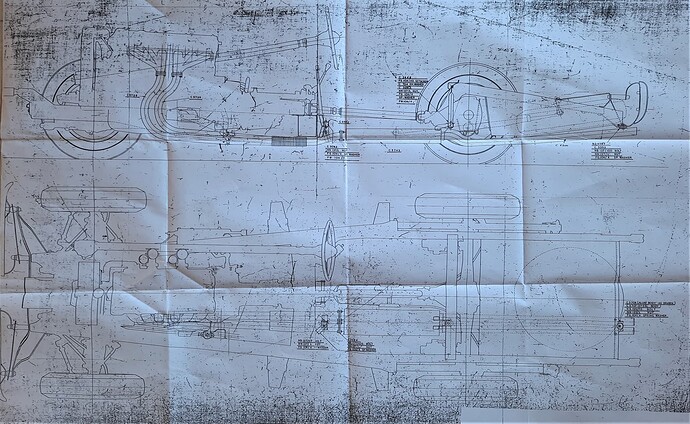 very cool orig drawing…now if a draftsman could re-create it in new fresh bold !! A great add to the data ! Nick

I’m going over it to see if there are any discrepancies with the SPC parts list.
The drawing gives a part number C.5706 for a tail pipe hanger bracket for alum. body which is not in the SPC.
That item suggests that the drawing might have been created for dealers to use in retrofitting the system on customers earlier cars.
The drawing shows two little tabs welded on the down pipes at the front hanger, which join together with a C5702 angle bracket between them and a nut and bolt, which then hangs on the rubber mounting. I wasn’t aware of the little tabs before.
The SPC lists two C5062 rubber mountings with the front hanger parts, and then one later with the rear silencer hanger parts, but there are only two total.
I think only one FW106T flat washer is needed on the front hanger, and one on the rear silencer hanger is correct.
C5743 is the silencer complete with tail pipes, but apparently you could buy them and the flex pipes separately if you wanted, presumably for repairs.
All other bolts, nuts and washers seem to tally up the same.
I didn’t realize before that the Burgess silencer (muffler) sat up a little higher into the chassis, and just the down pipes were below the chassis cross member and then curved up.
The drawing is 1/4 scale. I have a drafting program so I’ll see what I can do with this.
The title block which might have had signatures of Claude Bailey and William Heynes is unfortunately long gone.
Very useful information. Thanks very much Harold.

Share and support your observations. The tabs on the down pipes are clearly visible on this photo (that I found somewhere on this site). 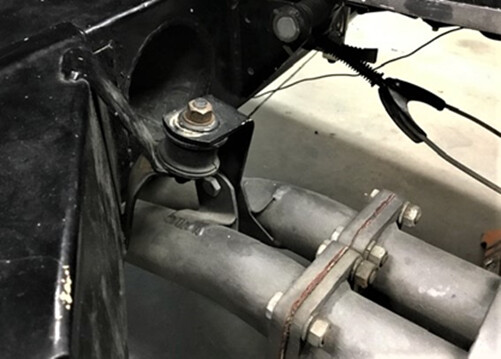 That the Silencer is in fact positioned on the same height as the one for the single pipe exhaust, also means that the rear suspension of the Silencer could use the same “hanger”.

In addition, it made my life a bit easier in an attempt to make a "through the chassis" dual exhaust. In fact, I only had to bend the two flexible parts of the down pipes a little bit upward and they now end exactly on the level of the Silencer. See photo. The exhaust is almost ready for starting up my engine for the first time… 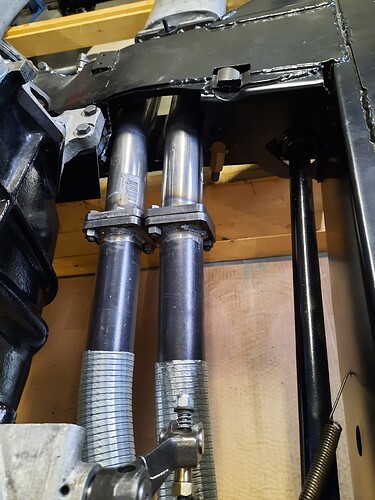 There is an intriguing remark written where the two rear exhaust brackets C.5706 and C.5707 are detailed “Alum Body - as drawn”. See picture.

I know draughtsmen are lazy (guess how I know) and when possible they try to avoid to change everything just because someone “higher up” decided to make some changes to the body (in this case from Alu to Steel). So for me this indicates that he started with a drawing of the Alu body, which would point at the period around Spring 1950.
This is also supported by the Jaguar part number of the Silencer itself C.5197 which is much earlier than the final C.5700 arrangement of 1952 (?). They must have been working on this “straight through” Silencer as a preparation for the C-types for 1951 Le Mans from 1950 onward. 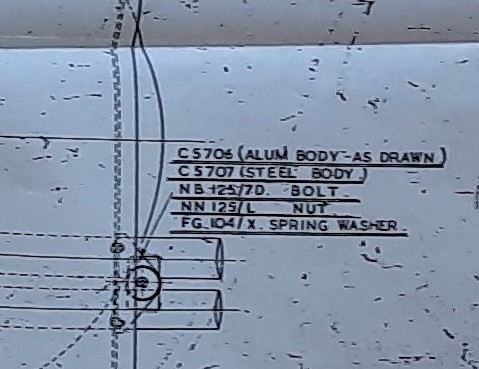 Yes, it’s certainly reasonable to assume that the part number for the rubber mount was assigned before the silencer, and earlier than those of the two rear brackets, and the downpipes even later than that. Bearing in mind that they were also assigning part numbers to FHC, C-Type and Mark VII parts about the same time. If the Jaguar drafting office was anything like it was at my Lab before computer drafting, there was a big book and drafters would reserve a block of numbers for their project.
We might look into the difference between the two rear brackets, why alloy needed a different one. The alloy spare tire floor has ribs and a cross channel. Perhaps the bolt spacing and/or bracket bends had to be different? 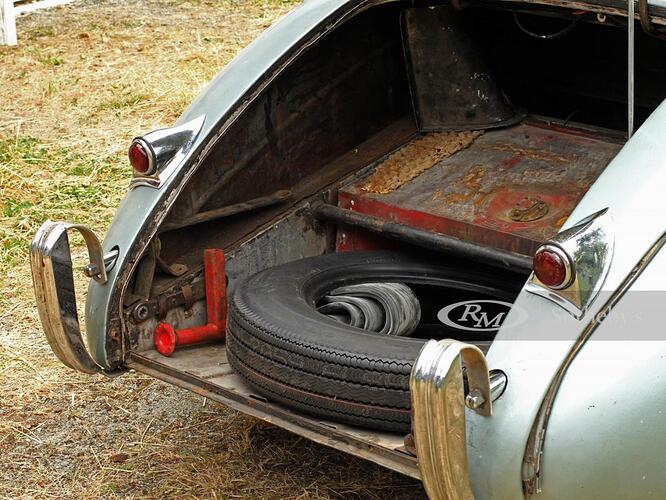 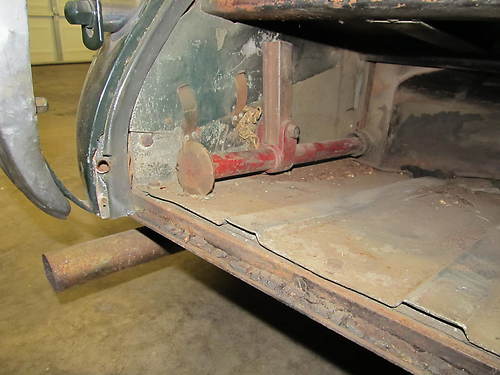 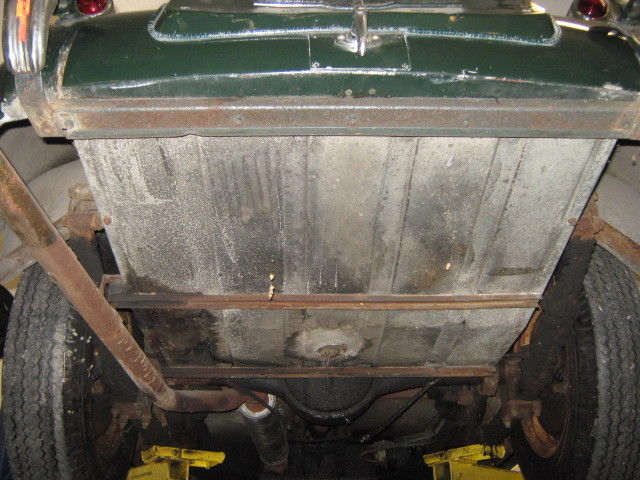