I connected the angle drive to the transmission along with the complete speedo cable prior to installing the engine from below. Tied the other end of the speedo cable to the head. Easy peasy.

My only hesitance is I just finished routing and testing it up to the speedo. I hate undoing what I just did, although you would think I would be used to it by now:-)

Is either option 1 or 2 more difficult to do once installed?

Also, do you use the clip shown in this picture? 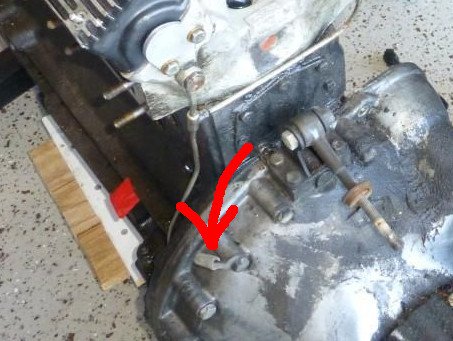 I guess, as usual, it depends. Which access holes do you have on the right side of the tunnel? People have been known to hack holes in the tunnel to get to this part for replacement unfortunately. If you are a small woman or child you might be able to get your hand in there to install the angle drive but I would personally remove the speedo cable from the speedometer and install it on the transmission prior to installing the engine/tranny. Reinstalling the speedo cable into the speedometer is not very difficult compared to getting to the angle drive. There’s not much access to the angle drive: 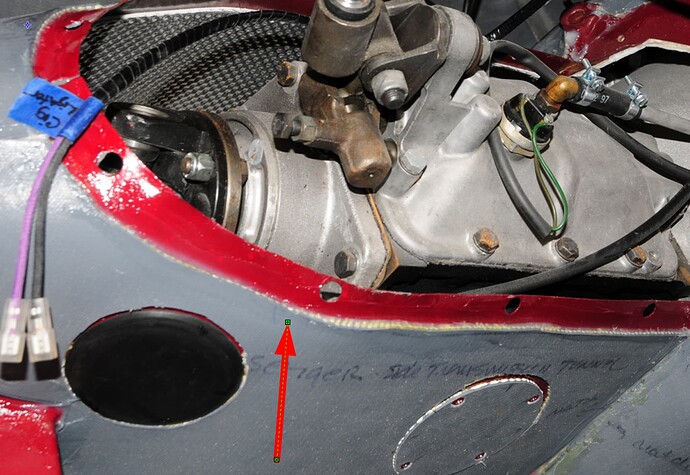 And yes, I used that clip on the bell housing, I installed it after this photo was taken.

Hi Rick, as others have commented, the speedo angle drive is a conundrum. The factory clearly believed that once the hookup was done and trans installed, it would last forever, not so as they also did not believe that 60 years later, we would still be driving them. I like others opted for a second access hole directly over the angle drive. It allows for easy speedo connecting and monitoring of any problems. I have recently replaced everything, cable, angle drive, etc to solve a fluctuating speedo needle. It turned out that over the years, the friction drive at the rear output shaft wears to the point that it slips. I solved it by imagineering a socket bar which will tighten the castle nut another flat, replace the cotter pin and a steady needle resulted. It is not necessary to remove the drive shaft or drop the transmission, but the wrench and access hole are a winner and are hidden by the carpet. best regards and Merry Christmas to my fellow Jagnuts, Mytype. 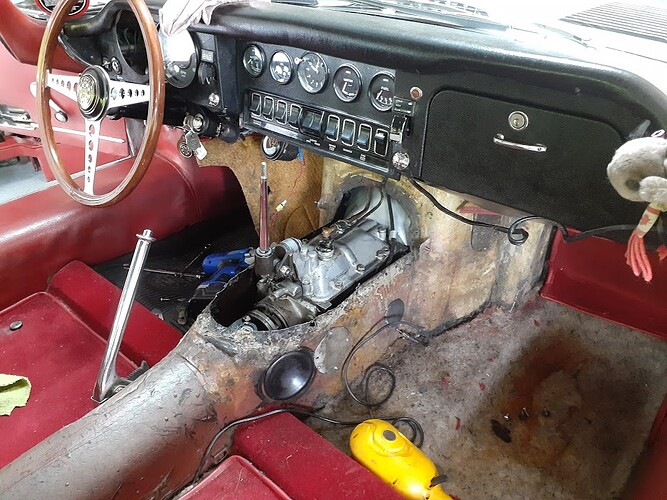 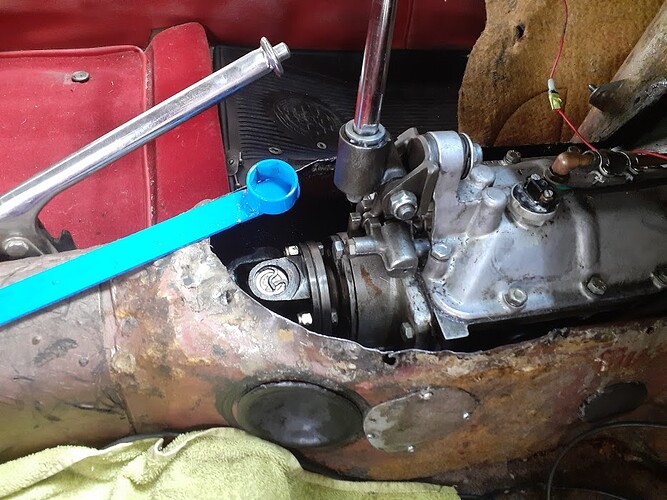 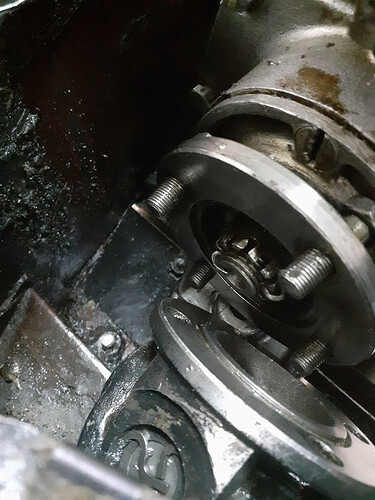 Which access holes do you have on the right side of the tunnel? People have been known to hack holes in the tunnel to get to this part for replacement unfortunately

When I started to dismantle my car (in 1978!), I discovered this hack job. The drivetrain was already out so i didn’t really know what it’s purpose had been. 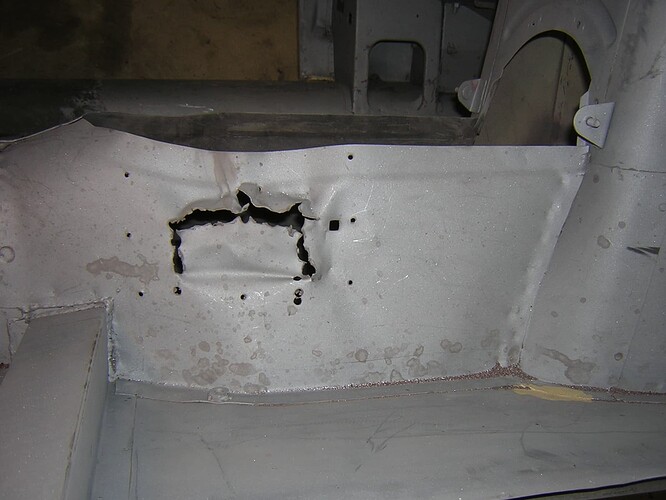 Assuming there was some purpose behind it, I repaired it with an access port. 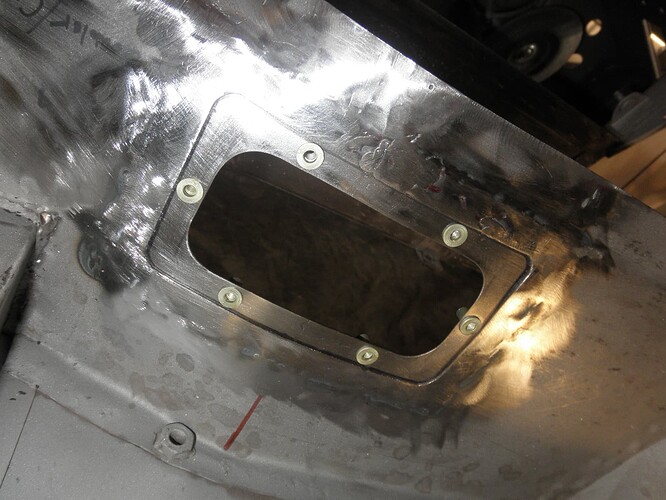 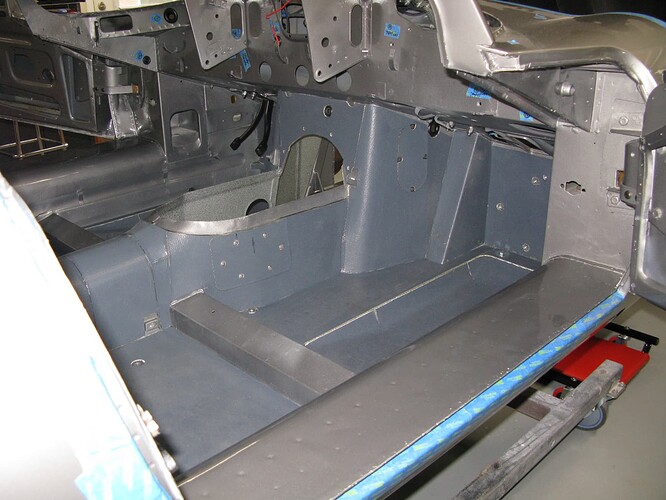 Now that I finally understand it’s purpose. I think my access will be pretty good, assuming the Rivnuts don’t get in my way.

Well- that solves your problem!

That photo is exactly the type of “Hack” job I was referring to. Ask me how I know… 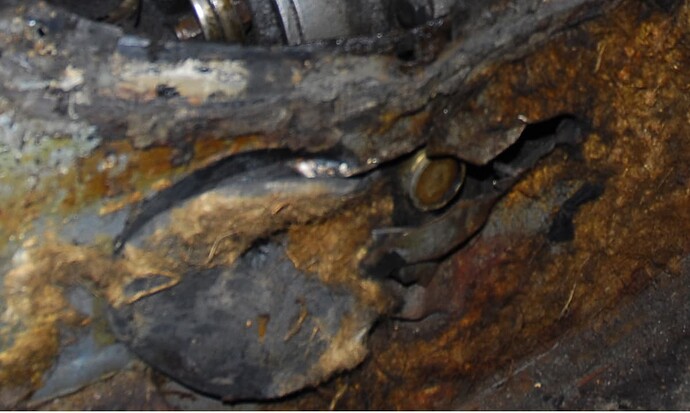 I see your “surgeon” went to the same medical school mine did!

Having had to replace my drive spring of 2020, I really didn’t have any difficulty in replacing the drive. I did take a bar and use it to pry on the rear of the tranny a bit to move it over a bit, but did not have to cut a hole at all in the tunnel. The tunnel cover was already removed as I was using a “Dynamat” like material throughout the cockpit.

Getting the clearance to install the drive on any thing but the Series 1 2+2 is difficult. The 2+2 tunnel is larger to accept the optional automatic transmission.

The 2+2 tunnel is larger to accept the optional automatic transmission.

A perfectly acceptable and well-executed modification!