If that is the only problem, just open it up, clean it, and lubricate it, then exercise it by driving with a drill. That’s all they would do. Make sure the needle moves freely, and the input shaft turns freely. The most likely problem is gunk in the odometer. Just carefully lubricate with very light oil. You can use degreaser (brake cleaner) to clean the works, just cover up the odometer wheels, and make sure none gets on them or the dial.

Gotta pull it anyway so why not take a look. May give an ask once I get it out.
Thanks

Just do NOT touch the gauge face, and absolutely do not try to clean it. Doing so will often remove the markings. Just handle it by the edges, and you’ll be fine.

Layne;
If you have taken off the rt. hand drive and had the the speedo fixed and the problem still persists , try this: My car has an auto trans (BW 8) but the speedo had a large bounce 10 to 15mph as I drove. The cable and sheath were in good repair and had been lubed with the restoration and still bounced. I got under the car while it was jacked up and followed the route of the cable and found a couple of areas that I considered ‘unprotected’ and able to twist. I made two cable holders from 20 ga steel about 1/2 to 3/4 wide and formed around a 5/16 bolt sso the cable would not be pinched. I drilled a hole in the non formed ends to fasten it to the car. The b ounce is gone and the needle for speedo and tach (no prob) are now very steady. Think about this for a minute, it might help.

Thanks Joel. Have not done anything with the speedo itself yet so we’ll see. But the cable and housing and right angle drive are now new and the cable is very well supported across the top of the trans in a wide radius to a bracket on one of the Master Cyl bolts and around through the bulkhead to speedo. Very stable mounting and no tight radius turns so I feel pretty good about the routing and support.

The problem i had was, the speedo would work fine until the car warmed up, and then the needle would work fine accelerating, but when i let off the gas it would bounce and drop. I cleaned and lubed the cable, then replaced the cable. then replaced the angle drive, then had the speedo serviced. The fix was to tighten the output flange bolt two flats. Try the cheapest thing first.

Good idea, didn’t check it. JUST buttoned up the center console. Mine bounces right from starting out my driveway at 10-15 mph and continues on the road. With all I’ve done-new cable, housing, right angle drive, double checked and changed lube- it actually has a bigger bounce than it started with!

Easier to pull speedo and do a drill ck than pull the console apart at this point so I’ll do that. Balancing my time “under the hood” between that and finishing the rebuild on my 1275 Sprite eng so lots to do.

Hi Lane, just to add to the work you have to do … I just fixed this on mine, I had gone through everything you did and no joy, I pulled the speedo out, and ground square an old allen key so I could turn the input on the back of the speedo by hand. Every few revolutions, always at the same point, it would bind. Turned out the nylon gear that is turned by the worm gear on the input shaft to drive the odometer was slightly cracked. That binding was winding up the cable until the cable had enough force to get past it, which rocketed the speedo up and then the cycle repeats. I haven’t found a replacement gear yet, so I have no odometer right now, but the speedo is rock solid with the gear and the ratchet gubbins for the odometer removed. If you don’t have the speedo out, you can probably do the test with a bit of contortion, you don’t need to turn the shaft quickly, just (ccw when looking from the back) consistently for a bunch of revolutions. I probably should have taken pictures, but the speedo is back in the car, sorry about that.

My speedo had been working perfectly before I stripped my 3.8 many years ago. When I finally reassembled the car 35 years later the speedo didn’t work. Pulled the cable out but it appeared to be ok. I thought maybe the ends had rounded so replaced it, still no speedo action. Drove the car with the speedo end disconnected but the cable didnt turn. Removed the cable complete with the right angle drive (of course I had to remove the seats & console to do this!) and found a problem with the right angle drive. There’s a short piece of cable connecting the input side of the drive to the gearbox side, which had sheared. This led me to think that something on the speedo end had jammed. When I stripped the speedo I found a grain of dirt imbedded in the nylon gear which was jamming it. If I forced it to turn past the obstruction it would turn freely until the obstruction came around again. The risitance was enough to shear the right angle drive. Managed to dig out the grain of dirt and repaired the right angle drive. There’s still a bit of resistance at that point which causes s slight quiver of the needle at low speed but I hope that will run itself in over time. (Cant upload a picture just now due to low memory on my phone but will do soonest).

Here are some pictures 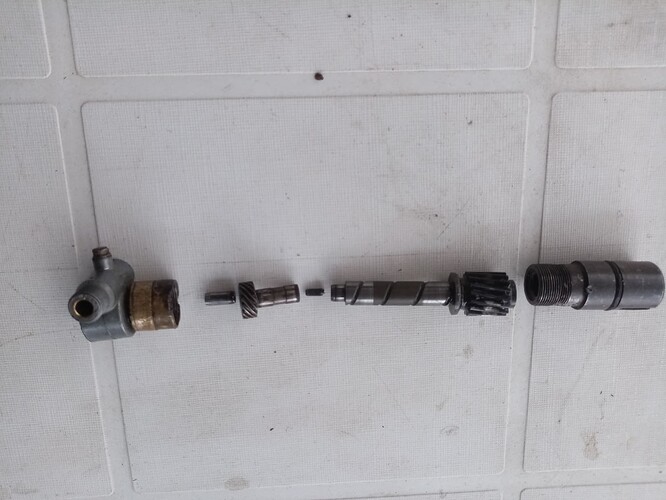 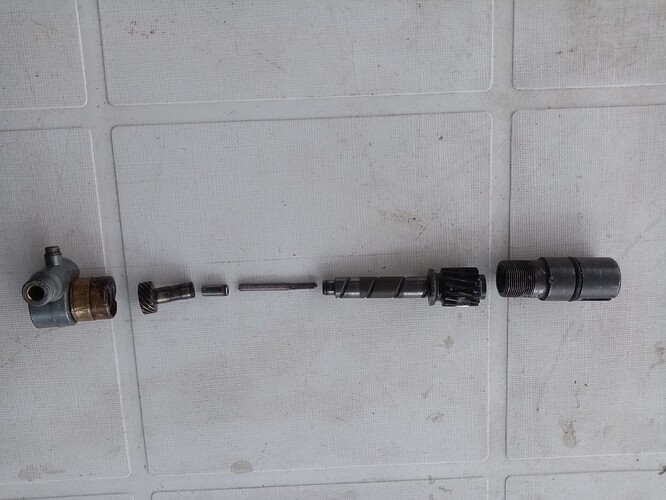 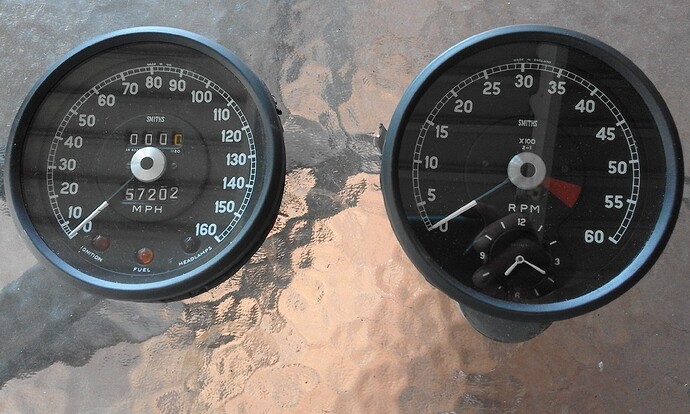 Thanks. I have a end section of the cable I saved to drive it. I’ll pull it and do the test. Could be something like either of those issues. I want the odo working and don’t want to open it up myself so if it bobs on the bench off to West Valley it goes.

So, new angle drive-choose the better quality “OEM” variety, new cable and housing.
Pulled speedo and spun it up with a short section of cable and from 10 to 90 mph it is steady.
Needle bounce when driving worse than when I started.

Mine used to bounce. Lubed cable. No help. Tried the drill method. No bounce. But it did bounce inthe car. Problem was in the speedometer, it was binding. With the drill drive. It over came the bindig. But with the cable, the binding would wind up the cable, then release then wind up. Causing the bounce. Cleaned and lubed the speedo, the odometer part was tight.

I did not see where you did anything with the speedometer yet.
Tom

Right, I haven’t. I am boxing up and it is off to West Valley Inst today.
Further, turns out they also rebuild the orig Smith right angle drive units for $70 to a superior level than the repro ones so i will also do that and return the one I bought.

Further report when back, probably in about 10 days.

Thanks for all the suggestions.