Starter suddenly quit last week.
New starter, not rebuilt, from Rock Auto, installed today, cable ends cleaned and greased. I’ve done many starters so I know how.
The starter spins fast but does not engage the flywheel.
Took it out, tried connecting it with jumper cables to the battery and operating it with a remote push button starting cable. It acts normal, pinion jumping forward as it should and motor spinning.
Battery is only 4 months old and in fine condition.
Put it back in the car and same problem, spins but does not engage the flywheel.
Tried operating it from beneath with the remote push button, same spinning but no engagement.
Anybody ever heard of a starter doing that?

I take it it has the correct sized pinion?

Out it comes again. I didn’t expect to become proficient at this job. 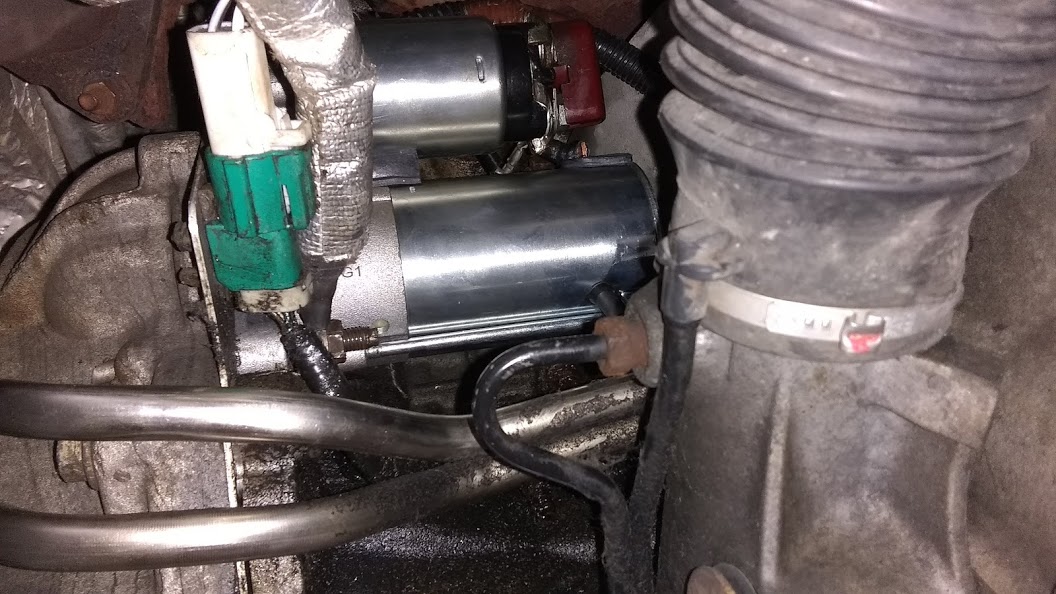 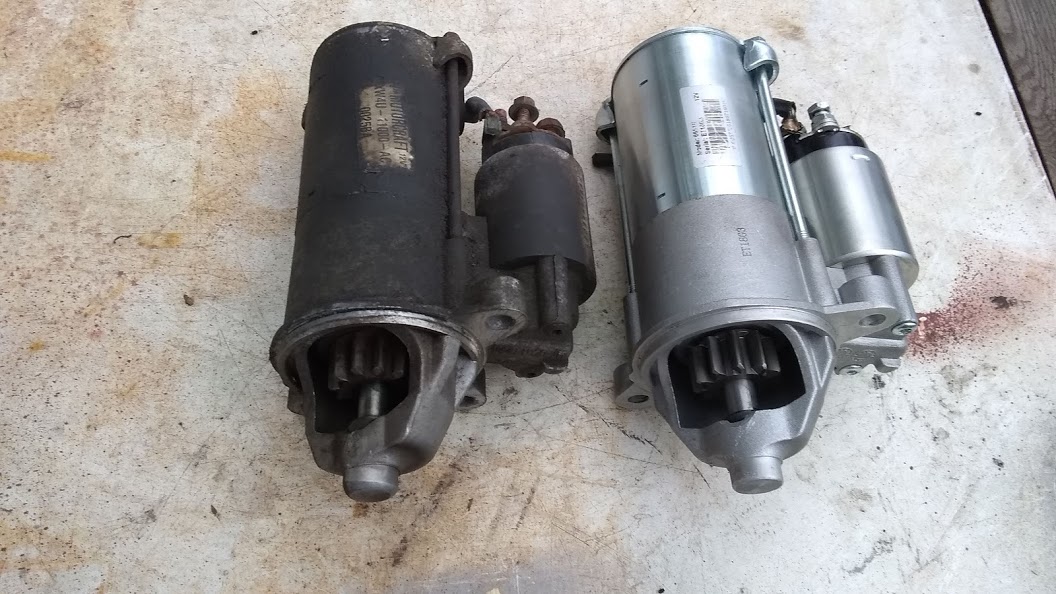 With the starter off the car have you tried wedging the pinion and seeing if the motor will spin when powered? The reason I ask is that I thought the idea of a pre-engaged starter was that the solenoid pulls the pinion into engagement first which also makes the back contacts of the solenoid thus supplying the motor current. So if you can hear it spinning on the car but the engine doesn’t turn over, it suggests that it either has engaged and the motor is turning without driving the pinion or that the motor allows the pinion to turn without moving into engagement first. 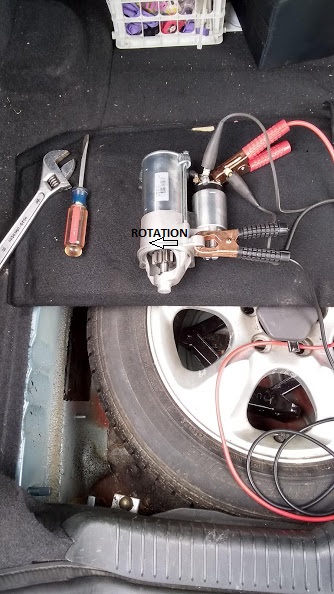 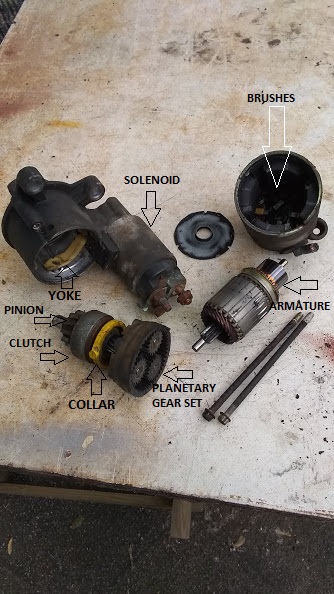 starter disassembled.jpg334×594 89.7 KB
The solenoid moves the yoke which moves the collar which moves the pinion out to engage the flywheel.
The clutch allows the pinion to turn on the shaft in the opposite direction of the shaft rotation, or slip on the shaft if it is rotating and the pinion is held.
If the engine started, the pinion would be forced to turn faster than the motor shaft. I think that’s why there is a clutch, so the motor shaft won’t be over-revved.
Why didn’t it try to pull the screwdriver out of my hand?
Question, which way does the 3.0 V6 engine run? As viewed from the front where you can see it, is it clockwise or counterclockwise?
I’m wondering, could the motor be spinning in the wrong direction?
Rob_Reilly (Rob Reilly) June 10, 2019, 1:10am 6

So the starter motor is supposed to turn clockwise as viewed from the rear, in order to crank the engine counterclockwise.

I put the old starter back together, and because the short cable between the motor and solenoid is broken, I ran it without the solenoid, direct to the motor. It turns clockwise as viewed from the rear. I connected it reverse polarity (positive ground) and it turned the other way.

So, this new-out-of-the-box starter turns the wrong way. I tried it with reverse polarity (positive to the body and negative to the motor side of the solenoid) and it turned the opposite way, i.e. the correct way. How is that possible?

So, when installed, the starter does engage and then the one way clutch allows it to spin but not turn, which anyway would be the wrong way.

There must be a requirement to manufacture starters for clockwise and counterclockwise rotation because sometimes they are fitted in front of the flywheel and sometimes behind.

Maybe Rock Auto just supplied the wrong one or it was incorrectly marked or, of course, could just be made wrong.

Yes, it was definitely made wrong. The clutch would prevent it from working in any other car that needed opposite rotation. It’s going back to Rock.

I got another one from a local source today, more money but no waiting for delivery. Tested it of course, turns the right way, put it in and we’re back to normal.

Ford in their infinite wisdom put the small wire connection on top where you can’t see it. Take it off last, put it on first with the starter angling down where you can see this nut. The ring terminal has a tab which has to be oriented so it doesn’t touch the adjacent terminal.
More infinite wisdom, it is held on by 3 bolts. The top one you can’t see and can only get 2 fingers on it, not a thumb to turn it. Use the short handle weak ratchet. The middle and bottom bolts are really studs with captured nuts, very long for no apparent reason; the bottom one has a ground wire attached with an extra nut, but the middle one could just as well have been an ordinary bolt. Here is where you need the deep socket.
There is an O2 sensor connector in the way, best to remove it completely out of the way.
Remember with the battery disconnected you need the key to open the trunk lid. When you connect the battery the alarm starts blowing the horn unless you quickly shut it off with the key fob.

Seriously - Glad to know you solved the problem and thanks for the Notes.

Thank you for the write up. Im planning on changing my starter tomorrow. Do i need to remove the alternator first as there isnt much room.