I really don’t understand how aftermarket radio screens haven’t progressed since 1980. They are brighter, but the displays look so bad! I have a Pioneer DEH-X9800BHS and it looks so much better, but hasn’t been in production for at least 10 years now!

What is up with the displays??

Take a look at head units made for marine applications. Kenwood and Sony make them, and they have high contrast LCD screens visible in daylight. And a lot of them are more subtle than many offerings made for cars. They also are moisture resistant with conformal coation on the circuit boards. Look at the Kenwood KMR-D382BT or Sony DSX-M80.

I’m referring to the archaic lettering on the dash. They still use the most basic of display types, you know where it looks like an 80s calculator.

You can’t see it anyway in the daytime! Kenwood’s display visibility on their car radios is notoriously bad. The days of high build quality car radios with good displays seems to be over, unless you want to spend $1000 on something like the Pioneer DEX-P99RS.

Aristides has a great one but I can’t seem to source one anywhere.

Yes I really love my vintage Blaupunkt.
Has a crystal clear, no distorsion Pre-Amp output and a very simple/minimal design.

An alternative I would really consider, at least for the looks, is this series from Continental (made by VDO). 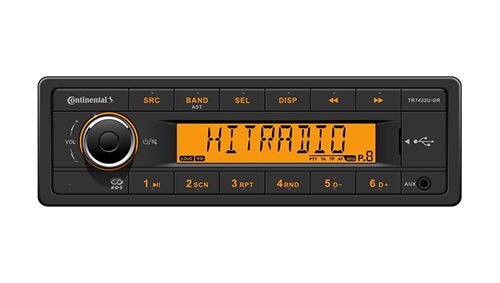 If you don’t start with really good amps, provide them really clean power and solid ground, with really excellent quality speakers, nothing else is going to matter.

On the contrary Bob…
If the source is bad, whatever you have, or don’t have, downstream, it’s going to sound bad.
That said, with the very low outputs required for a Pre-Amp, it’s hard to go really bad.

If the source is bad, whatever you have, or don’t have, downstream, it’s going to sound bad.

Certainly garbage in garbage out applies here as it does in most things. My point was this:
Spend your money on amps and speakers first, and on head unit second.
Over the years I had customers who wanted to spend the majority of their budget on the head unit. They wanted the look, the fancy features, whatever. I get it. That’s what they see and interact with every day.
Then they wanted to go cheaper on the amps and speakers. They thought the cheaper AB or B amps with similar power ratings were the “same” as a more expensive class A. They thought that any 12 inch sub with a big magnet must be “good “. I would typically refuse to build these systems, they’d go elsewhere, and they be disappointed and pissed.

A great head unit won’t make up for junk downstream, and as you observe, even the lower priced units still put out a quality enough preamp signal to provide a good sound.

I haven’t done a ton of research on the latest greatest in the amp department, but with class D’s now readily available, it seems that quality costs less, relatively speaking, than it used to.

An alternative I would really consider, at least for the looks, is this series from Continental (made by VDO).

That would look right at home in an XJS. I like the big, flat buttons, and that there are not 28 buttons on the face with labels so small as to be illegible.

as a more expensive class A

So true. One of my biggest regrets from years ago is selling a vacuum tube home amp that my father had built (Heathkit.) The stupidity of youth, I would give a lot to have that amp back. 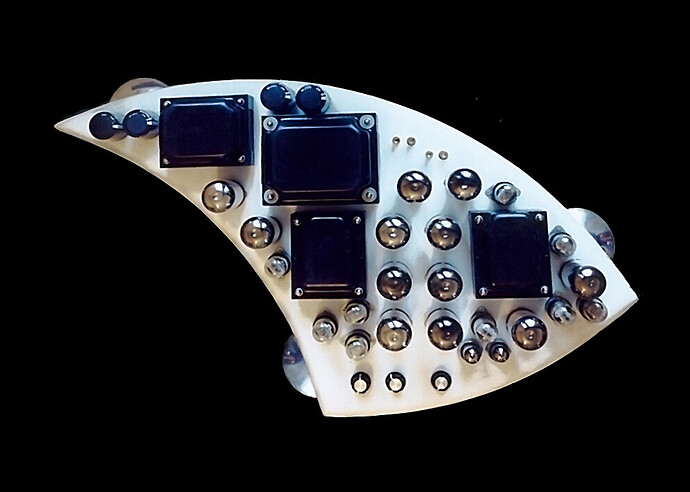 I have exactly that Continental unit in my Land Rover. I can’t tell you it’s great sound, because the inside of a Defender is mostly diesel noise, so I haven’t upgraded everything, but it’s a nice “modern” radio (i.e. I can hook my phone up via bluetooth and listen to podcasts) in an old style look. The only reason I wouldn’t use it in the Jag is because I’m not sure the screen color would look appropriate. Too orange, not enough green.

I’ve been looking at this Blaupunkt. I know the blue dot is far from what it once was, but this looks appropriate, and there are multiple LED colors from which to choose, and green is there:

Will they stop making it before I buy it?

Looking at the reviews…I hope they do stop making it, saving you a very significant amount of money.

I’ve seen reviews all over the map on it. I miss the old Blaupunkt…

Did you use them front and rear? Any mods required to fit them?

No mods…other than maybe using one or two self tapping screws to screw it in a hole that didn’t line up. I don’t remember if the holes all lined up or not. I had installed some 6.5" Alpines, which weren’t loud enough. Someone recommended the JBLs because they were 2-ohm speakers. I don’t recall when I installed the Alpine KTP-445u amp, before or after…but I think I already had the amp installed, but no subwoofer.

I’m doing things in stages. Right now i have the rear side panels out in my 95 coupe, and they are a pain to get in and out because of the christmas tree fasteners they use. I’d be using them temporarily without an amp, and my JVC head unit is only rated for 4 to 8 ohm speakers. I don’t want to blow up my great head unit before I get an amp. Any recommendations?

You can literally use any 6-1/2" speakers for the rears. Size is of no importance since there is so much room. The list of available 6-1/2" speakers dwindles significantly at the front doors where space is a factor.

People love Alpine. The speakers in the back are just for fill. I wouldn’t spend a ton. Alpine S-S65? I think that’s what I originally bought for my fronts and backs. Like i said, with my Pioneer head unit, I didn’t love it, but with your 4-ohm setup, it’s probably good. Those same speakers should fir in the fronts as well…maybe do a dry run to make sure. At least you’ll have a matching set.

Others have suggested possibly running subs back there, JL Audio C7-650cw? I don’t know much about this kind of setup though.

By the way, using 2-ohm speakers for my Pioneer DEH-X9800BHS head unit hasn’t caused me any problems. The head unit is not rated for 2 ohm speakers, but have been using them for years without issues.

For the rears, I’d think I’d go with something that does not have a tweeter. Tweeters in the rear are annoying. Not a woofer, necessarily, (assume you’ll install a real sub) just a good mid-range / mid-bass speaker.

Which can be a little hard to find unless you are spending a lot. Something like a Rockford PPS4-6, or the Alpine S-S65C, and just don’t install the tweeters in the rear. My .02.

Interesting…I haven’t heard that…I will consider that next time, just a midrange.