I finally decided to get out a hand mirror and check out that area on the left side of Harlem’s driver’s footwell area, being that the cover panel has been removed from same, to see if that might be a source of some of her issues of late.

Apparently someone who tried to work on her after her no-start condition had removed the panel for unknown reasons. On inspection, the area does have one regular sized (brown) relay in it, which I checked to make sure was still good. However, there is a vacant spot there which, from the looks of it, should have a rather large relay plugged into it. Does anyone know what this relay is for?

Could that explain why I have no power going either to the radio/entertainment system or the front cig lighter? I guess I’ll have to try to hunt down a good one on Ebay to stick in there and see what it does.

Thought there was only one space for a brown one

I assume you were taking about the rear seat?

the left side of Harlem’s driver’s footwell area,

If its a normal size relay why not just grab another one from the engine bay and slot it in but be aware that it might be a normal 4 pin or a 5 pin.

should have a rather large relay plugged into it.

should have a rather large relay plugged into it. 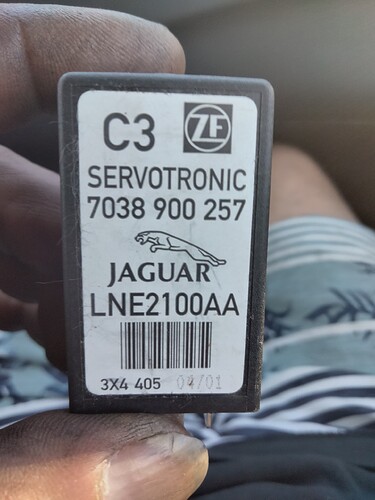 Now that I see it has “ZF” on it, I wonder if it has something to do with the transmission. ?

It is the control module for the variable feel power steering so if your steering force feels no different when standing still or on the freeway then this module missing will be the cause.

This module makes steering lighter when stopped or at low speed and stiffens the steering up at highway speeds.

I can’t see how this would be related to the other problems you are having with your car.

I agree with Jeff