Rebuilt my H6 carbs and auxiliary enrichment carb with kit I purchased as car took a long time to start. Now fires up quickly but runs very rich even though I’ve adjusted the jets as per manual. The aux carb stays on for a minute or so then switches off (stops hissing). Floats also adjusted. It is running VERY rich! So it seems like it is overfuelling. Could aux carb still be delivering fuel even if there is no hissing sounds?

Raise the main jets in both carbs, remove dashpots and check where your jet heights are.
Also check your float level should be7/16, they could be too low. are all the plugs black, or just the front 3, I believe the hisser only operates on the front carb. If front three then hisser could be at fault.

The starting carb operates through the whole manifold, so on all six cylinders. But if it stops hissing it is probably closing, though it could have a small amount of leakage.
This is for 120 but many of the parts are the same. 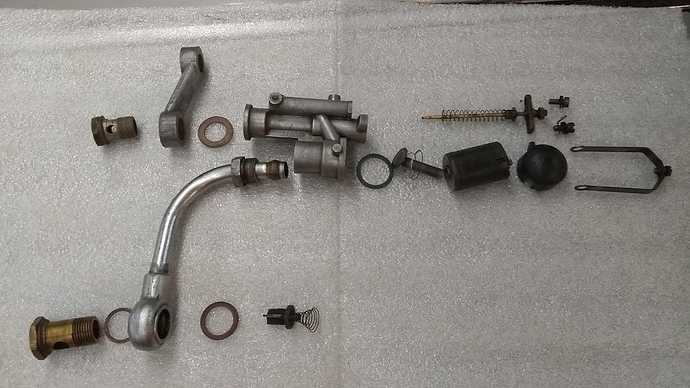 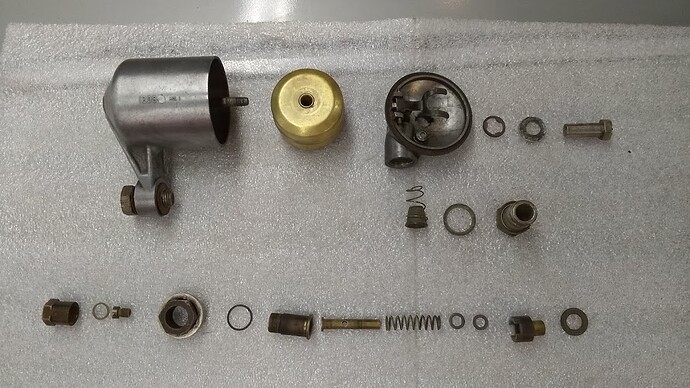 I seem to remember that setting the float with a 1/2" bar instead of the 7/16 figure was at one time advised, possibly in a service bulletin? 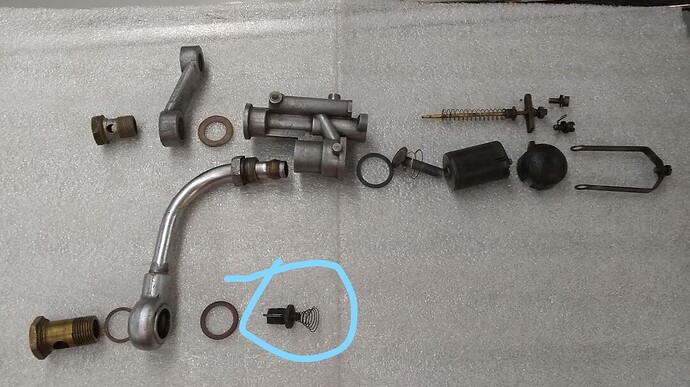 Some type of valve?

That is the anti-backfire valve. It’s purpose is to prevent fuel being blown up out of the starting carb in the event of a backfire. But I don’t think that could be the cause of your rich running.

A half sunk float is a possibility. It has happened to me twice, so I always carry a spare.

Still scratching my head. Checked float levels and needle settings. All good. Should run lean if anything. When I started it from cold this morning, the choke came on hissing away. Ran fine. No overfuelling so choke is running ok. As soon as the choke clicked off, it ran really rich blowing plenty of black smoke and backfiring. Sounds like I’m still getting fuel through the choke system, but not mixed with air??

I’d also throw into the mix the throttle shaft bushings / wear… you say running rich, can you get to a good / low idle rpm once warmed up? if not, potentially due to shaft bushing wear…

Ok. Time to fess up. Because I stripped down everything and went on memory (dangerous!), I swapped the two wires on the solenoid to the aux carb. So it still ran fine on start up (started up really well, which was my initial problem), but ran incredibly rich when the aux carb switched off. That was my best clue. From what I can see, there’s no markings on the bakelite cap or top of the solenoid for which way round the wires go. The best way to check is to have the solenoid in hand and try the wires each way. A 50/50 chance I got it wrong. Anyway - all smiles now.

Our 120 ran really rich also after rebuilding the carbs and setting the mixtures to the starting point indicated in the manual. With the engine at normal operating temperature and after making sure they were synchronized using a uni-syn carburetor balancer, I purchased a Gunson Colortune. If you’re not familiar, this is an amazing little tool. It is a spark plug with a “window“ in it that replaces one of the spark plugs in the engine for adjusting the mixture. It allows you to see the color of the flame on the power stroke. Initially mine were a yellow orange color. It was amazing how much smoother the engine sounded as I screwed the mixture nut up until the flame was a bluish color like from a Bunsen burner. After doing this with the middle spark plug for the aft carburetor, I moved the Colortune spark plug to the middle plug for the forward carburetor and did the same thing. It was like night and day how the engine sounded and how the car ran after doing this. And no more of the black smoke at the back. Mark

I’ve also used a Gunson Colourtune with reasonable results. However, a Jag restoration mechanic told me that modern ethanol-laced fuels do not burn with quite the same colour as fuels of old, so this method is less reliable than it once was. I can’t say if this is true or not.

I thought it didn’t matter, at least it doesn’t on mine, though you have to be sure neither wire touches ground (earth). 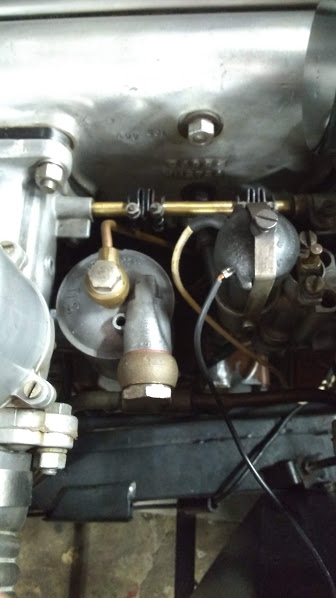 I would probably have to agree about the ethanol laced fuels. I’m lucky enough that I can buy non-ethanol 92 octane fairly easily near where I live. I’ve also thought about putting in some hundred octane avgas as a mixture. It works great in my old Datsun 510.

There should be no polarity issue with the hisser, it is just a solenoid coil which lifts the sealing disc. If you heard it click and the car ran rough then maybe it was turning the choke on, not off.

An easy test is to see if the coil is magnetised, engaged, is to just put a screwdriver against it.

I’ll check the wiring diagram tomorrow and see what could cause this.

So I got around to pulling the diagram out for the xk120, which is the same as the mark VII, and the coil has no polarity, so switching the wires should have made no difference. 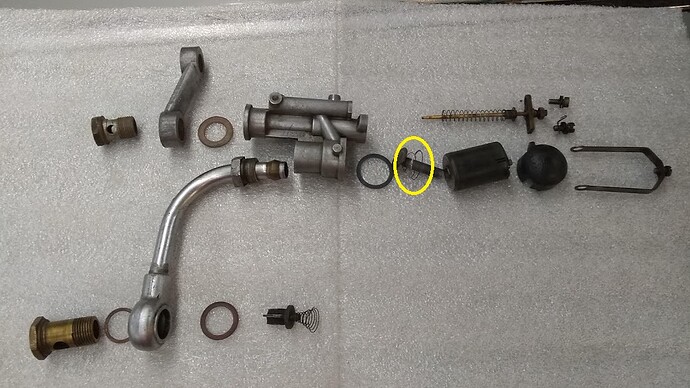 Thanks everyone for their inputs. Yes - a normal solenoid will not reverse direction if you reverse the polarity. It may have come down to a dirt issue, something not sealing properly. Just happy it’s all working now. And starting well! The enrichment carb is an interesting little contraption that didn’t hang around for very long.

The enrichment carb is an interesting little contraption that didn’t hang around for very long.