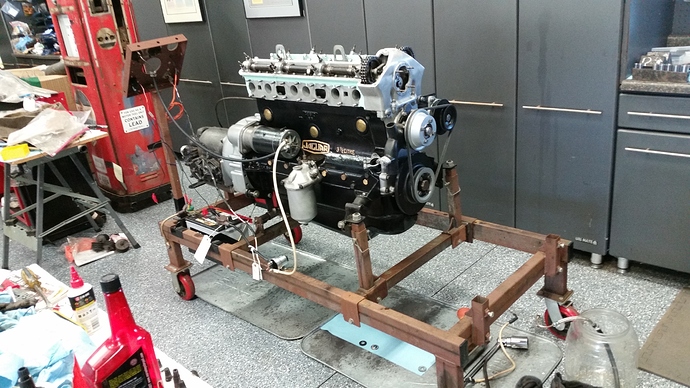 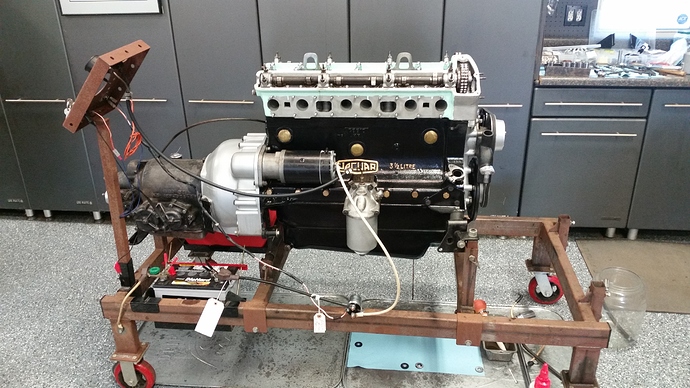 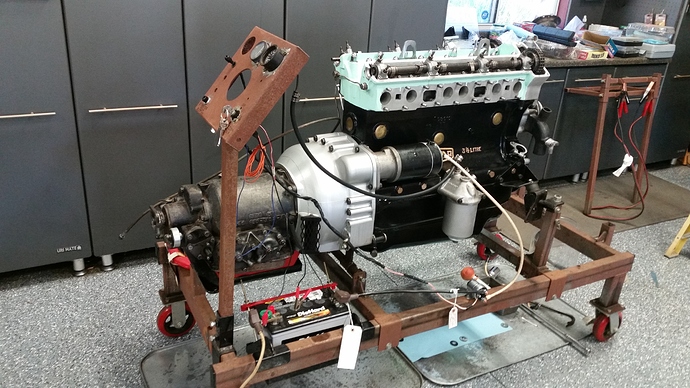 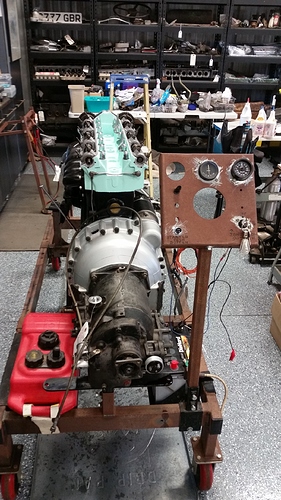 The starter cranked the engine nice and strong. The oil gauge started to read oil pressure during the third 30 second cranking (about 15 mins between cranks) with a new oil filter. Oil was visibly filling all camshaft areas. The oil filter did not leak (boy was removing the old seal and replacing it with a new one a real PITA) under cranking pressure of about 28 PSI on the old uncalibrated gauge.
My next steps include: installing the camshaft covers; doing a compression check; building up the remaining harnesses in order to run the engine in the test stand; installing the radiator and cooling system components; installation of the rebuilt carburetors and the rest of the fuel delivery system: and installation of the exhaust downpipes. I still have a lot of work remaining before I will be able to run this engine in my test stand, but I was pleased to have gotten this far.

Beautiful! I don’t think this engine looked so good when it rolled off the Browns Lane assembly line all those years ago.

Mel,
Thanks. I am working on the engine right now and hope to get a bunch more parts installed on it this weekend including the beautiful camshaft covers that I had professionally polished. I’ll post more pictures once I complete more of the engine assembly and do a compression check.

Excellent. I look forward to seeing them. Thanks

Paul Great job
Everyone one saved is a treasure!
Gtjoey1314