Had this scary experience happen w. Superblue at the last two fill-ups at the gas station. Keep in mind, these both occurred during hot weather, and when the tank was very low on fuel

(if that makes a difference)

I went to remove the fuel cap, and Superblue very forcibly “farted” though her fuel filler opening at me - both times with enough force that it would have blown her fuel cap out of my hand but for the fact it was still engaged in some of the threads of the fill tube opening.

I remember reading in the archives sometime back about the Rochester valve in the emissions system going amiss, but, IIRC, the opposite reaction happened - i.e. air rushed INTO the filler opening upon removing the fuel cap, apparently to fill a vacuum state existing in the tank at the time the fuel cap was removed (and, in worst case situations, the vacuum created inside the tank resulting in an implosion/crumpling of same

So what’s going on here? Is it something to be worried about? Or does this just sometimes happen if the fuel level gets low enough in very hot weather?

In the meantime, I have made sure to not fully seat her fuel cap, leaving it slightly “open”.

Something I just thought about … is the flaw something to do with her fuel cap? Are they supposed to actually seal 100% tight, or have some “flexibility” inherent in them in order to allow air to escape if it gets above a certain pressure in the tank (like w. an oil pressure relief valve, or some radiator caps)?

You may have to replace the Rochester valve located just in front of your front drivers side tire. Next to the charcoal canister.

Either that, or your evap flange isn’t working right, which is rare.

I had this on my xk8. Yes if the rochester valve is clogged it will build pressure in the tank and blow out when you open it. I did a little write up on my xk8 post on how to clean it

Mine also had negative pressure, although not too bad because i never let tank get below half, plus i relieved pressure several times by removing cap.

A simple new Rochester valve fixed it for me. $40 GM part if I recall. On my 88 it was under driver side wheel well, about a one hour job counting jacking, wheel removal, etc. Not sure where yours is on your car…

Until you fix it, i would simply remove/replace cap after every drive.

Will check it out, and thanks guys …

As a side, I believe there was a TSB to simply drill out the innards of the Rochester valve. I’ve been doing this for years, and it works a treat.

If you really want to go OCD, you can cut open your charcoal canister and refresh the media. I’ve found doing both, effectively eliminates tank pressure (of course), but just as nice, makes any fuel smells in the boot or around thereof, completely go away (until the next time your fuel pump pukes😉).

Funny thing is that, ever since I left my fuel cap loose, I’m getting MPGs like I never have before (assuming the trip computer is calculating it correctly) … well into the 15s (city only driving). Before it was usually in the 14s, but the last few weeks more like 13s and even 12s …

What’s the best way to open up that charcoal canister? I used a Dremel on one once and really made a mess? There is probably a better way?

I never really considered just defeating the Rochester Valve. Probably not a terrible idea…just cap off the little vacuum line and just connect the two remaining hoses together.

I wouldn’t put a hole in canister or Rochester valve. I tried something like that, letting canister breath to atmosphere, but i would sometimes get a nice whiff of gas fumes while driving.

You’re actually not letting it vent to atmosphere, you’re just creating a clear path for the pressure to move between the tank and charcoal canister. You don’t want to puncture the canister.

You’ll find it stops any and all fumes as there is no longer a pressurized constriction in the mix.

Drilling the hole works great / no fumage will occur - as I said, Jaguar put out a TSB instructing dealers to do the same.

As for rebuilding the canister, you can carefully take an xacto knife around the lid’s edge (see pics), and don’t worry if you break off bits of the lid along the edges, but don’t break the lid across the top. 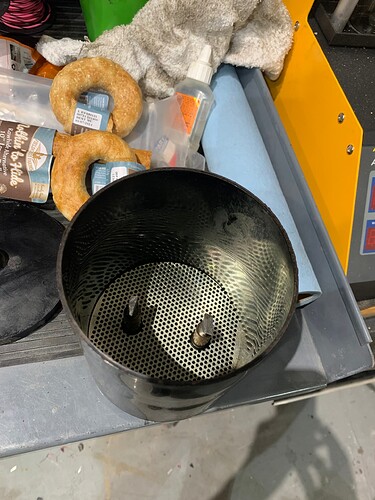 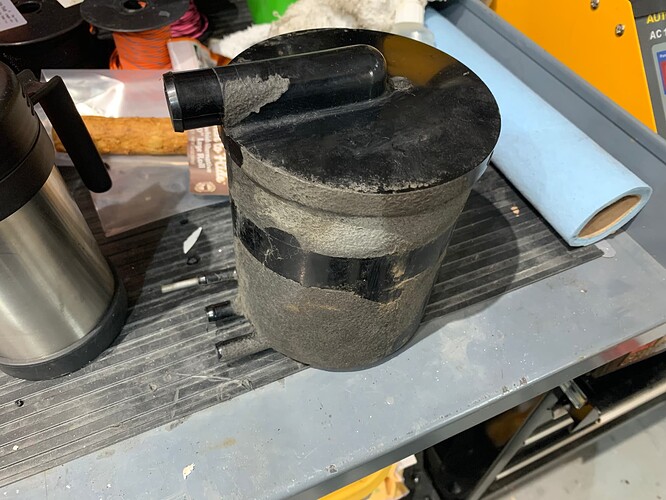 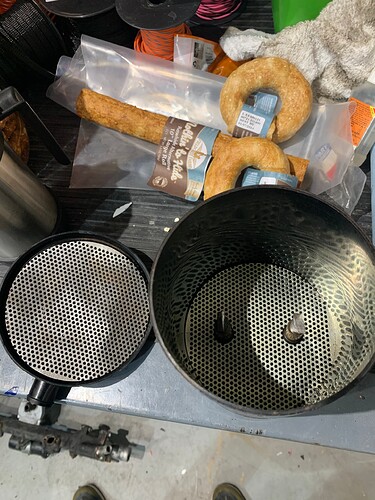 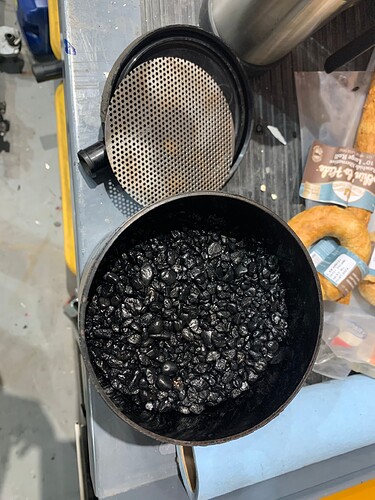 Clean everything out really good (including getting the strainers completely clean), pitch the old media of course, add new, and then superglue or the like, the lid back on, and everything is new, being absorbed and pressure build up free!

And no those aren’t bagels, they’re fancy dog food samples I got from the groomer. They do look rather tasty although

Damn, I have a rectangular canister….three ports up top.

I honestly haven’t had to mess with the 6 cylinders evap system much, they were very sturdy.

Does any have a pic of the (facelift) Rochester valve, in situ, they can post?

See if this helps

The sysems is designed to be sealed at all times except whe open for refuel.

The fuel vapor that is nrmal is drawn in to the engine. teh rochester regulates the igestion teh filter remves any odd stuff.

if oe wants t pn a cannister and servce it Visit a n lder junk yard and fid an older BM / Same cannister.

pre emmsion cars vented the tank to the atmospere. nt uncmmon in hot weater for a full tank to vent fuel to the fround!!

btw, re: that one poster, is he saying you can access it just by removing the air cleaner assembly, or that doing so just makes the job a bit easier?

Not sure about that at all if its behind the wheel liner lol. I haven’t had to do it on the xjs yet myself though. So who knows

I had the same problem with my 1996. The Rochester valves are NLA so I looked for the GM valve that has been mentioned in another forum and found that it is NLA also. I found that the original valve simply will come apart and is easy to fix. There are little holes that get clogged and they were easy to clean out. I put the valve back together and the problem was solved.