According to the William Lyons biography by Porter and Skilleter, the legal agreement which created the Swallow Sidecar Company is dated 11 September 1922, so 100 years ago today. As most of you know, Swallow Sidecar became Swallow Sidecar and Coachbuilding, then SS Cars Ltd., then Jaguar Cars Ltd.

William Walmsley had created his first sidecar in 1920, and named it Ot-As-Ell. He registered the design, and soon other motorcycle enthusiasts were admiring it and wanting him to build one for them. He began to build them one at a time in his garden shed.

William Lyons bought one in the summer of 1922, and realized it could be a winning business if he could get production organized. He reached the age of 21 on 4 Sept 1922, and could thus legally sign checks and legal documents. The agreement with William Walmsley may have been written in the lawyer’s office about this time, but for unknown reasons was not signed until later, and it was back dated to 11 Sept. The document is 8 pages long. The business would be carried on by Walmsley and Lyons at 5 Bloomfield Road in Blackpool. The capital was 500 pounds in shares by each partner. Each partner would draw 10 pounds salary and divide the profits equally. Surprisingly, the name Swallow is not mentioned in the document. The first check was written on 20 Sept.

Thus began the partnership that lasted until 1935, when Walmsley left and began a new business building camping trailers.

And today, 100 years on, Jaguars will be at Blackpool to celebrate, and 100 years of history will be driven down the Promenade in a moving motor show of Swallow and Jaguar cars of each and every era.

Photo of the Prom some years ago

and today at the Jaguar Centenary Event on Blackpool Prom 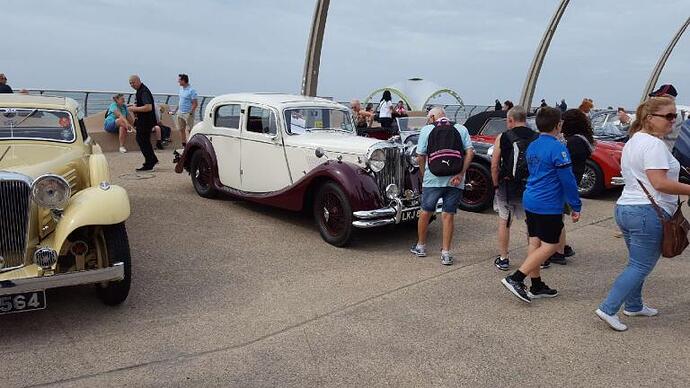 Funny how differently people are dressed then and now.
First time I ever saw a Mark V front bumper on a Mark IV.

The MK IV is the car I restored, as original, and now resides with the Jaguar Heritage Trust museum. The only change from Jaguar production factory records being that from initial delivery in Battleship Grey to two tone colour by the first owner (believed to be in 1950, maybe by Henlys of London). So to retain its history I kept it two tone during its nut and bolt restoration.

According to Jaguar Heritage this 1.5 litre SE came out of the factory in December 1948, being one of the last UK 1.5’s rolling off production, and after the launch of the MK V. They wanted this car in their collection and consider this vehicle to be a “cross over” car, incorporating in the factory some features of the MK V (maybe on the request and order of the original owner) - including the bumpers front and back, flush fuel flap, etc. It is believed most of this was factory bespoke for this 1.5, as the larger size body of the MK V I am told means these MK V parts would not directly fit or slot onto the smaller MK IV 1.5 body shell. Revealing original factory paints, primers, welding, etc during restoration confirmed it took place before the factory paint shop process in it’s Battleship Gray colour (so not retrofit modifications). Jaguar Heritage took it from their museum in Gaydon near Coventry to Blackpool, tracing the history and locations of William Lyons during this last week on a road trip to end up on the Promenade Display and 100th Year Celebration this weekend.

That’s very interesting. One may presume the first owner thought the Mark V bumpers were a safety improvement. I guess we don’t tend to think that way in these days, we just think about appearance.

I arrived two weeks late for the festivities but did the pilgrimage around the sites.

Cocker St premises is gone, Bloomfield Rd may be the original building but I was having trouble with street numbers and Walmsley’s house site looks like a replacement. I understand the Berwick Hotel has a little display set up inside but I didn’t have a look.

I love that so many historical sites in the UK have plaques, more often than not sponsored by everyday people or in some cases companies.

And … a bonus Spitfire on a roundabout. 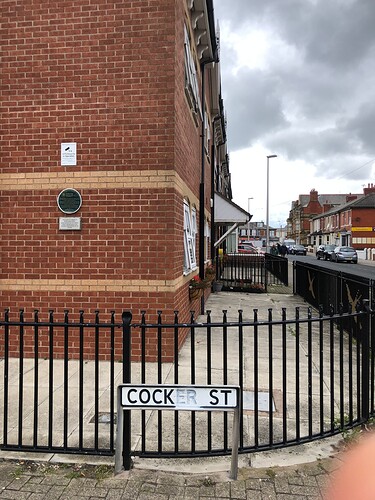 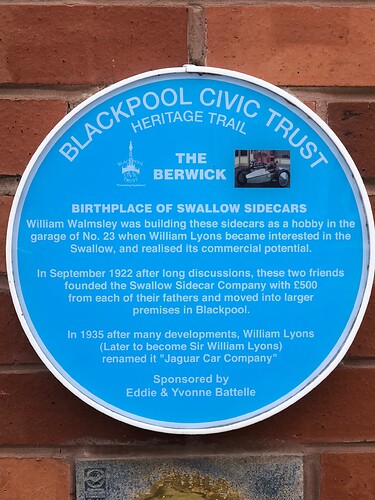 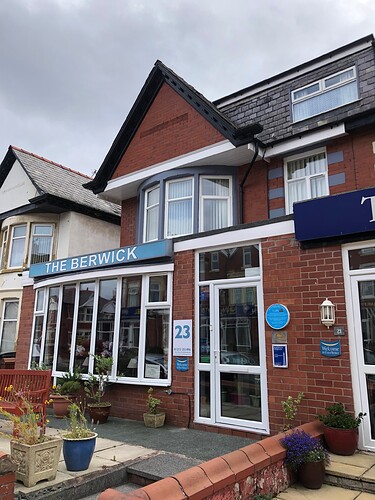 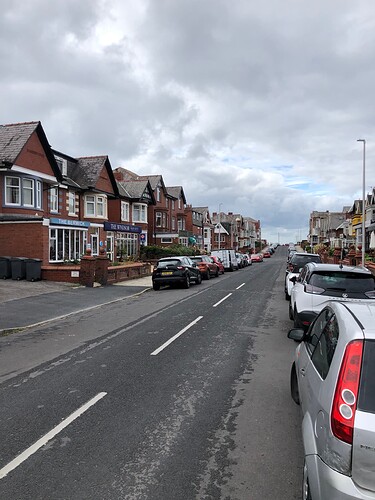 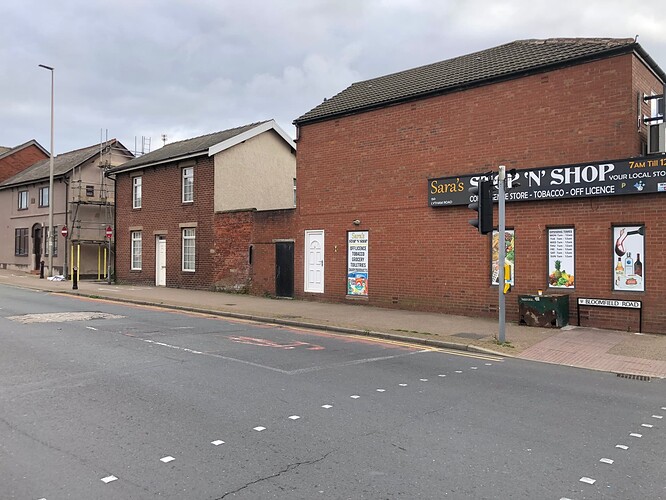 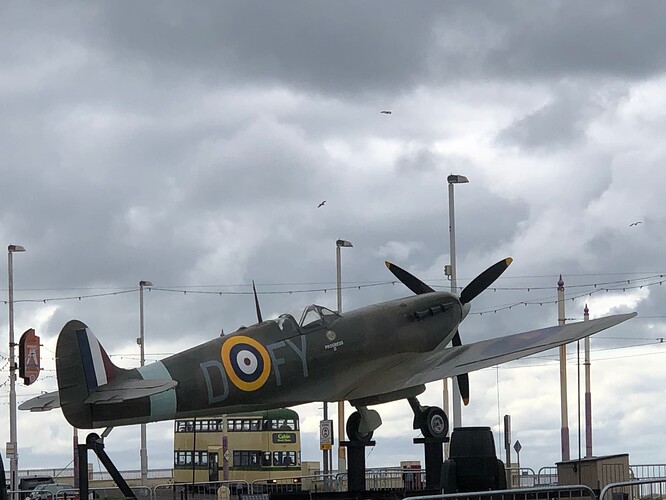