For those Series 3 E-type V12 owners I have a question regarding the tachometer/bulkhead harness connection.
The tachometer has a 4 wire plug -Green, White/Blue, and a White Jumper - between 2 plug connections.
The Bulkhead harness has a 4 wire plug (Green, White/Blue, White and White). The tachometer jumper connects the two white wires on the bulkhead connector. What do the two bulkhead White wires connect? Just need to explain what the White jumper wire does; where do the two white wire go. 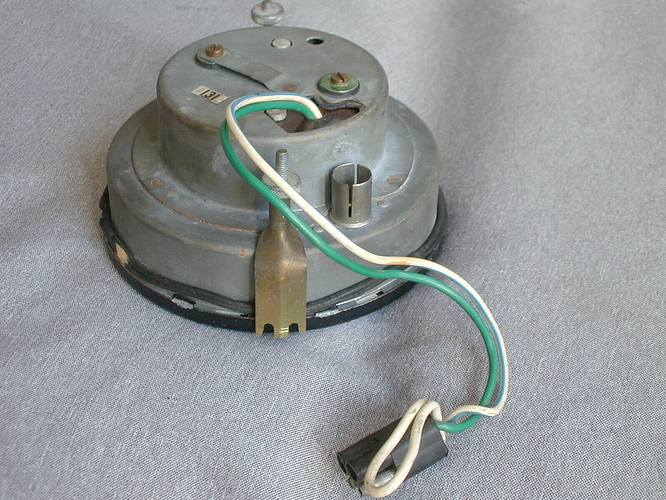 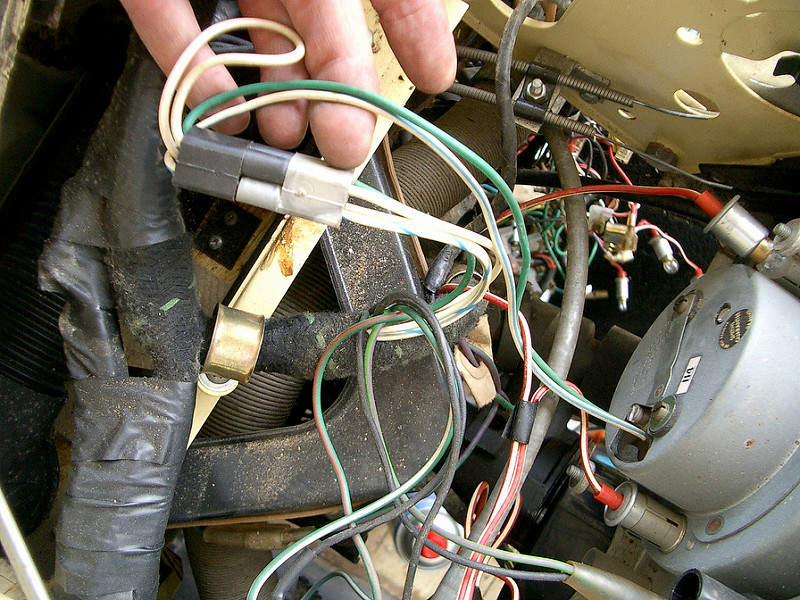 TacBulkhead Connector800×600 235 KB
The Official Jaguar Wiring Diagram doesn’t cover this connection (Jumper) so any and all information will be most appreciated.
Another interesting point: XJ12 Series 1 cars used the same Tachometer (internally) but the connector plug didn’t have the white jumper.

Hi Dick, The loop is a magnetic induction loop used in some older Smiths Tachs according to my FAST XR700 installation instructions. It is in series between your ignition switch and coil supply. And I cant see it on the circuit diagram either.
Not needed on directly connected tachs I guess.
Cheers Kerry.

Thanks for your input.
The car is a Series 3 E-type V12 with an RVC4011/00 Direct-Coupled Tachometer. It’s also known as a Smiths Gen 3 tachometer. Mark Olson made an indepth investigation of Smiths tachs, posting online his research - https://accutach.com/smiths-tachs.

The FAST XR700 (or older Crane) instruction sheet also covers cars fitted with the Lucas OPUS ignition, which is fitted to Series 3 E-types.
Tachometers with the induction loop are Series 1 Generation units found on early production E-types and in other makes (MG, etc)
.
The RVC4011/00 white wire loop is molded into the tach pigtail connector. It’s used to connect two wires on the bulkhead side of the connector. Best guess so far (unverified) it connects a white wire from the ignition switch to the ballast resistor. Why Jaguar made that configuration??? Who knows…

Still attempting to ascertain where the “jumped” white wires (at the tach connector) go. Researching British Wiring Standards, it appears the white wire may go from the ignition switch to the Ballast Resistor. Why Jaguar would want to interrupt that path could lead on to believe they intended for the car to be disabled (non-start) with the tachometer removed. Just one theory. More later.
Anyone with a car under restoration care to trace those two wires?

Dick,
I hope you’ll give us (meaning me…) credit for writing your book for you.

This is just a legacy item from the s2 car. Remember that the s3 was originally to be offered with either a 6 cylinder engine or a 12 cylinder engine and so the wiring loom will originally have anticipated a 6 cylinder (inductive) tacho as used on the s2 car.
The loom for that has the white wire come off of the fuseboard, come in and out through the tacho and go into the engine bay to the coil, from whence it goes to the old fashioned distributor points and then earth. By contrast, the 12 cylinder car has electronic ignition with the tacho fed from the ballast by a different wire. The white wire only provides power to the ignition during normal running, not cranking, so has a different loom connection, the tacho being powered by the green wire. Hence the not needed connections.

it appears the white wire may go from the ignition switch to the Ballast Resistor. Why Jaguar would want to interrupt that path could lead on to believe they intended for the car to be disabled (non-start) with the tachometer removed. Just one theory.

On the early V12 with Opus ignition, the “ballast resistor” isn’t just a resistor but rather a resistor pack. There is a resistor in the pack specifically to limit current to the tach in the event of a short somewhere. There’s a diagram of that resistor pack in my Book, and it’s difficult to get a correct diagram for it anywhere else; incorrect diagrams abound.

There is more than one ballast resistor pack available and you can find a better explanation at:-
https://web.archive.org/web/20161107072346/http://www.reopusignition.com/tests/the-ballast-resistor-block.html

Credits will most certainly be acknowledged. Looking for a plaque in Trafalgar Square?
Dave Curry (REOPUS) is probably the most knowledgeable expert on the OPUS ignition system and associated wiring. Due to age and health considerations Dave has discontinued making the REOPUS system He has undertaken making a clock, not just any clock, but a true masterpiece. Everything was made from scratch in his garage. 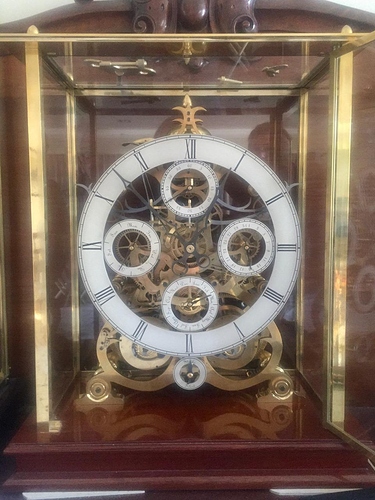 DaveCurryClock960×1280 156 KB
Too bad Dave’s ignition system hasn’t been taken up by someone!!!
Thanks for sharing and inspiration.

Five (5) three-inch binders full of information; just trying to cull through all is a daunting take but I’ll pare it down to a 300-400 page book with lots of reference photo’s (and credits… Ha Ha)…

I find a lot of the time, these things are solved by starting from “what did they know then?”, rather than from “what don’t we know now?”.

Good luck finishing the book - it’s a race between you and Peter.

There is more than one ballast resistor pack available

Yep. I think a couple of those were meant to be upgrades of earlier designs. For example, the addition of a 100 ohm resistor in the tach circuit is just to protect against high current in the event of a short at the tach. So, those ballast resistor packs were meant to replace earlier part numbers.

You make a great point. Also to save pennies I can envision the process. LOL