That drift guy is building a very nice E-type

The young guy (Charlie) who put together that Toyota-powered E-type for drifting is working on a ‘Fast Road’ E-type that looks like it’s going to be spectacular.

It’s going to retain the original drivetrain, but with bulged quarter panels, aluminum hood, hard top, and Dunlop wheels, to make it look like the semi-lightweight cars you see racing at Goodwood, but for road use.

He’s only up to episode 2 at this point, but they’re both worth a watch. There’s a great demonstration of lead loading in Episode 1. 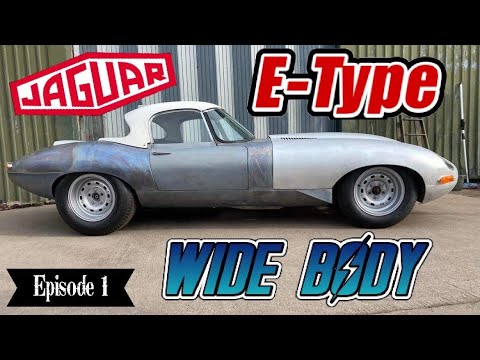 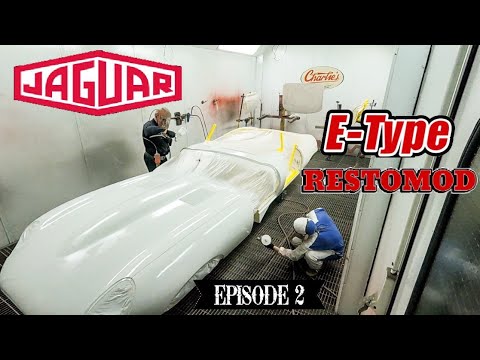 I gave more kudos to them for their skills before they started laying in the plastic filler, followed by spray filler.

A world-class metal man may get the typical ‘dent and ding’ car fine enough that it doesn’t need filler, but snubbing your nose at high build for final blocking is just silly.

I agree. Unless you want to spend your life metal finishing a car, there’s really nothing wrong with this approach.

A world-class metal man may get the typical ‘dent and ding’ car fine enough that it doesn’t need filler, but snubbing your nose at high build for final blocking is just silly.

I agree. Unless you want to spend your life metal finishing a car, there’s really nothing wrong with this approach.

There are a number of restoration shop here in Australia that don’t use plastic filler and only moderate use of High Build primer.

Here’s one we prepared earlier. 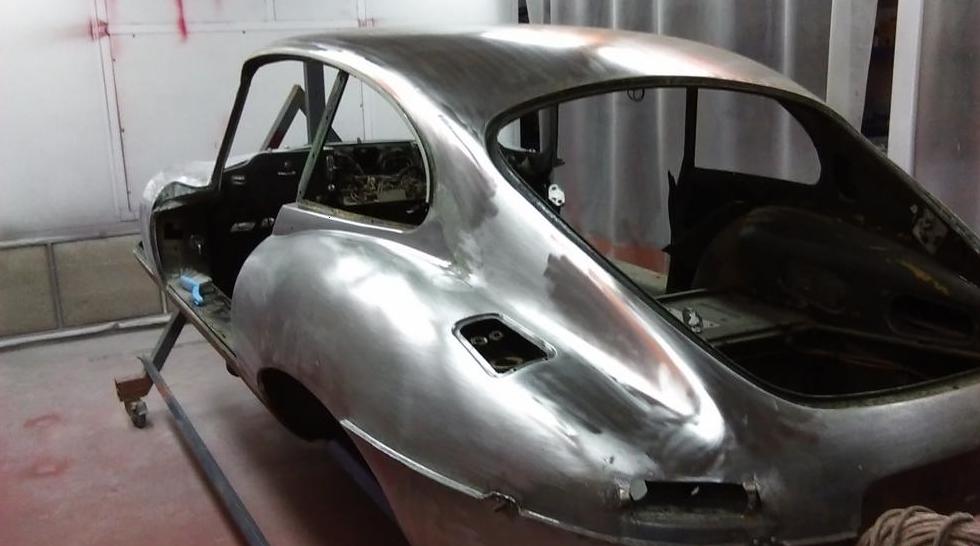 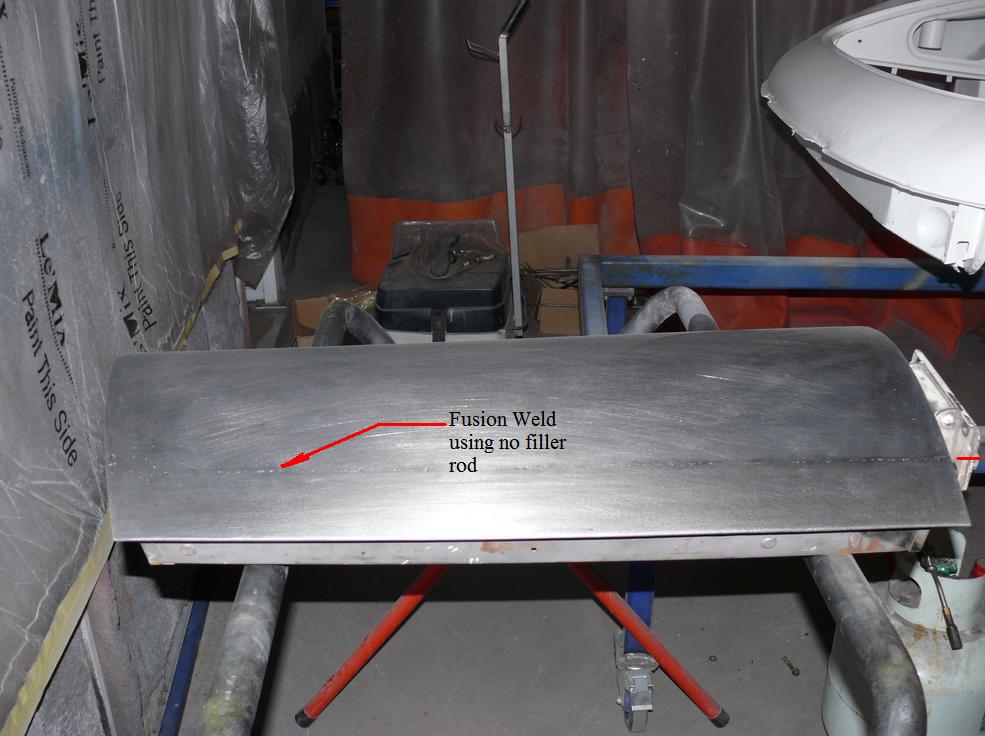 No plastic filler whatsoever was used in the 2+2 body pictured above, only a moderate application of Resto Finish, a direct to metal Epoxy/Poly Primer that is used as a moderate High Build and Finish Primer before Top Coat.

All the cars we do are metal finished; the door pictured above is for the OTS in the background, it’s not just the 2+2 pictured that got the full metal finish. No filler used in that repair either. Why do we do that? Because we can.

Our approach and that of a number of other restoration shops, is to have the least amount of material over the metal. Some cars we have worked on, that had been previously restored (cough), had filler over the entire surface of the car that was absolutely unnecessary and ultimately removed.

The Bonnet Centre Section, shown in the following pictures, was damaged due to a car crashing through the closed roller door of a friend’s garage, in which he had been restoring a S2 OTS. 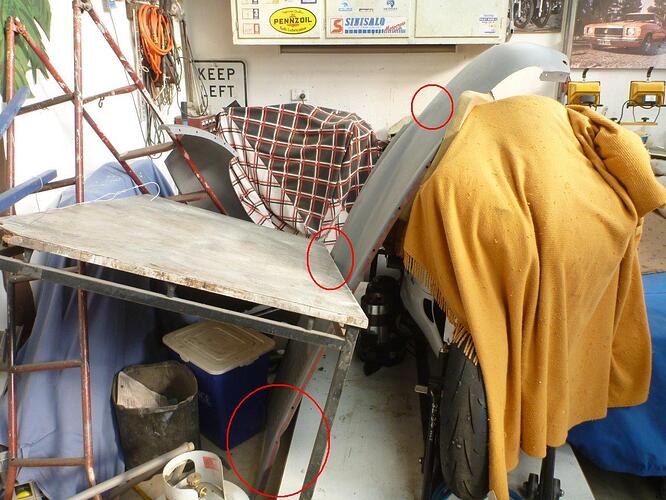 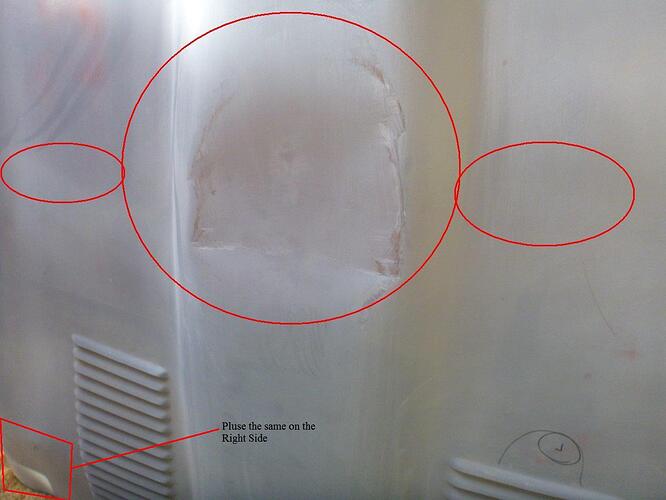 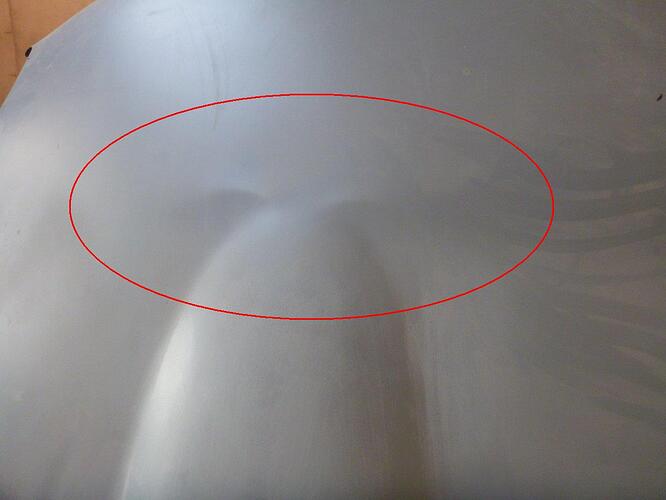 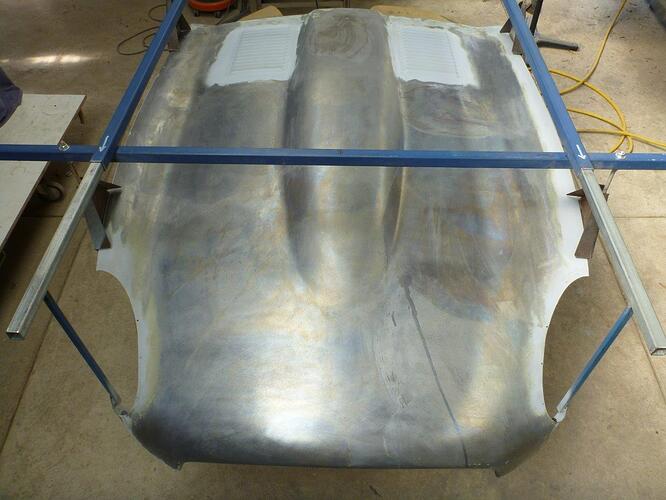 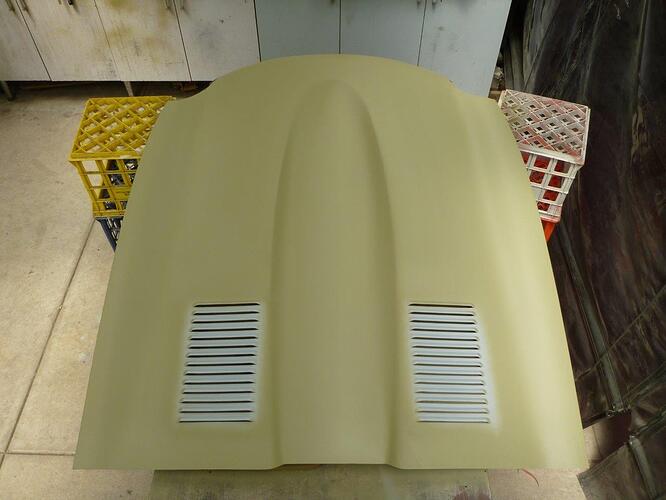 A Checker Board grid pattern was marked inside and out of the bonnet, labeled with Alpha Characters horizontally and Numbers vertically; this allowed me to direct a helper (the owner of the bonnet) to hold a dolly in a particular position whist I planised the specified area. Zero plastic filler was used in the repair and the Epoxy Primer used is a Top Coat, non High Build Primer. The exoskeleton attached to the outside of the bonnet was to enable the bonnet to be positioned on the car without the wings and Lower Valance attached.

The pictures following are of the Lower Valance that is part of the Bonnet Assembly that the Centre Section above belongs. The first picture below is just after the plastic filler was removed from the inside and outside; there was something like a 14mm layer of filler on both sides of the panel. A blunt body file was lightly run over the outside of the panel to better show the rough state of this panel. 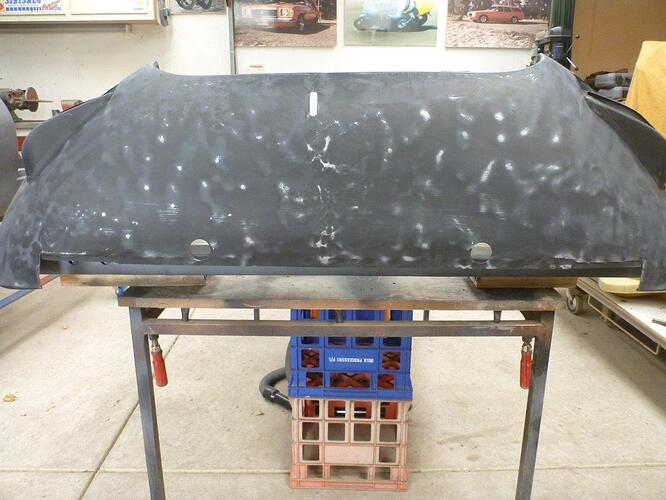 The following picture is the panel after finishing. The owner of the car, a Jointer by training, did the repair with some initial guidance from me, illustrating that you don’t have to have been in the trade for a quarter of a century to be able to complete a repair without the use of plastic filler. He is a quite capable fellow and I suspect that he gained a lot from helping in the repair of the Bonnet Centre Section. The repair was very good, with only a moderate application of High Build Primer used.

This same fellow made from the centre of the front wheel arch back of the front wings and TIG, butt welded the two sections together, then completed a metal finish with no use of plastic filler

Nice work Bill. I’ve seen cars “restored” on US shows where the body shop plastic skims the entire body before blocking and paint. That work in itself requires skill and the finished product is always stunning, but I’ve always wondered how well that lasts, and, if the panel work had been done properly in the first place, whether it was even necessary. I like your approach, old worlde skill and patience. Nice.

That’s a very well accepted technique. You finish blocking the hand-applied filler with something like 80 grit, and then the sprayable filler is primarily filling the sanding scratches….you’re really not looking to influence the shape of the panels with the polyester primer.

Sure, there are shops that pride themselves on using no filler. One that springs to mind over here is Willhoit Auto Restorations, who specialize in 356 Porsches. I’ve heard John Willhoit make the comment “metalwork starts at $50k, and goes up from there”.

Horses for courses, I guess….

I once visited a factory in China where they made urban buses - 20 or so seats. The bodies were welded together from steel sheet, a basic shape and little finish. The entire body was then covered in a layer of filler, a “shell” typically 2-5mm thick, and sanded to the desired shapes, curves, contours etc. It looked like a serious process with power sanders, breathing masks etc.
I had to go through the same area a couple of hours after the official tour, it was now a manual process with sanding blocks, the lower rate apparently not requiring breathing gear.

That’s a very well accepted technique. You finish blocking the hand-applied filler with something like 80 grit, and then the sprayable filler is primarily filling the sanding scratches….you’re really not looking to influence the shape of the panels with the polyester primer.

It’s also said that their would be between 80 and 100 hours of filler work, two to two and a half weeks; a shite load of metal finish work can be accomplished in that time. Considering that the metal finishing and the plastic filler work would be starting from the same base, we would file finish the whole car in less than 80 hours. The body file I use is more than 40 years old and is blunt as can be. It’s use is to just mark the metal surface, as opposed to removing metal, so as to accurately identify highs and lows, also identified by feel, but the visual indicator helps in directing the planishing.

The Bonnet Centre Section shown in my previous Post, was paid for by insurance. Insurance companies aren’t known for throwing money away and I don’t like working for nothing. I suspect that most repair shops would have roughed the panel out, smoothed it up a bit and then finished it with filler. If I felt I couldn’t complete the job in a timely manner by metal finishing, a panel beating shop could have had the work. It was a fair price paid for a job done well and one that the owner deserved; the bonnet had no filler in it pre the accident and he got back a bonnet with no filler in it.

If only we all had your level of skill!

I personally do not, and my garage floor attests that. Although I’m getting better by the day.

If only we all had your level of skill!

As I stated in an earlier Post, a Joiner, with only the very little panel shaping and repair instruction I gave and him learning from trial and error, did a fairly good job on a very rough Lower Valance panel. Not much of his Joinery training would translate into panel repair skill, except for attention to detail.

Charlie cracks a few pre-emptive gags in Vid 2, it’s like he read a few comments here before they were made

.
We should be thankful young guys like this are in business…I know I’d be going to see him if I won the lotto.