I have always had this doubt…This is my worry…and I want to clear it up once and for all…in the auxiliary carb I look at two small gas tanks, and I always see them full or at least it always has gas…my question is…like this Will these two tanks remain with gas? should they have a lid or something? It does not run the risk of overflowing the gas and causing an ignition fire due to a spark? … please get me out of these doubts 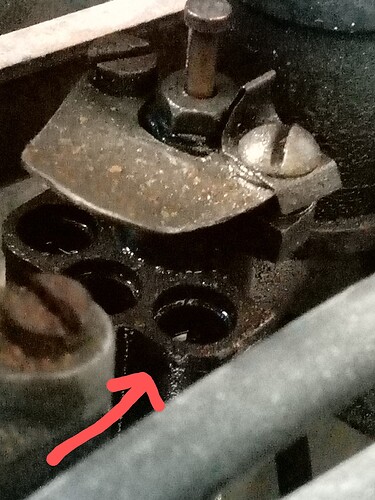 So there is always the smell of gas under the hood

please get me out of these doubts

Hahaha! No, IMO you’ve got it pretty much spot on. The “tanks” won’t overflow as long as the float bowl of the associated carb (HD AFAIK) doesn’t overflow. Can they cause a fire? Yes. If the engine “spits up” (backfires through the intake) the “hisser” will eject a bolus of petrol. In my car, it lands on the wing and burns neatly without damaging the paint (bonnet open of course). Early cars had a one way valve to prevent the backfire from pressurizing the ASC, but later cars (e.g. Mark X) lacked the valve. There’s a little baffle over the “small gas tanks” as you describe them. Some cars had a larger version of that baffle. Just part of the fun of owning a Jaguar. IMHO.

I don’t see any fuel in mine. I think your float level must be too high, or some other problem.

Realy…dont you see nothing of gas en those 3 little deposit??? 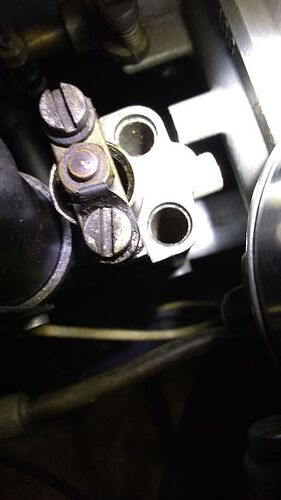 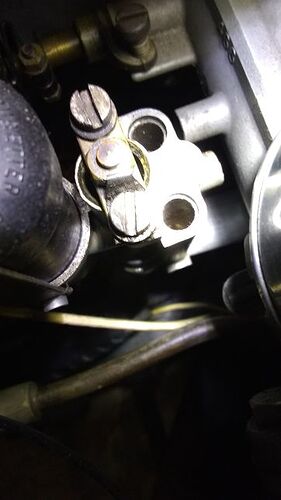 If the starting carburetor is activated, wouldn’t that mean that it is in operation?

Somebody tellme what can i do for this?? Is a leak underneath right there on the lid 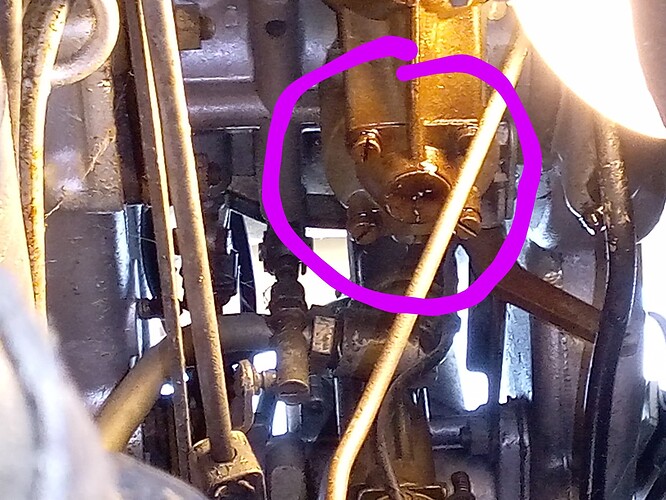 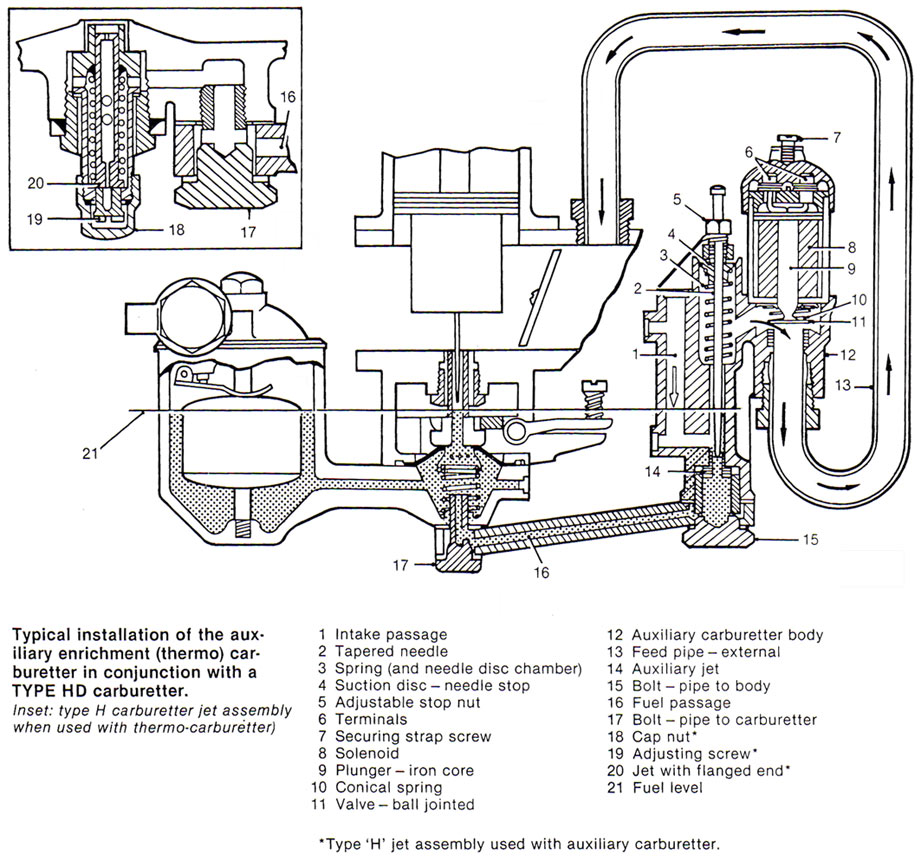 Yes, activated means in operation.
I also did not see any fuel down there when I switched on the ignition and let the fuel pump fill up the float bowls before starting the engine.
I’m trying to think of the purpose for those side chambers. They are clearly air passages and connect to the jet. Perhaps they are a kind of auxiliary throat for high speed induction.
My '38 SS and '50 Mark V do not have them. All the induction air passes around the needle. 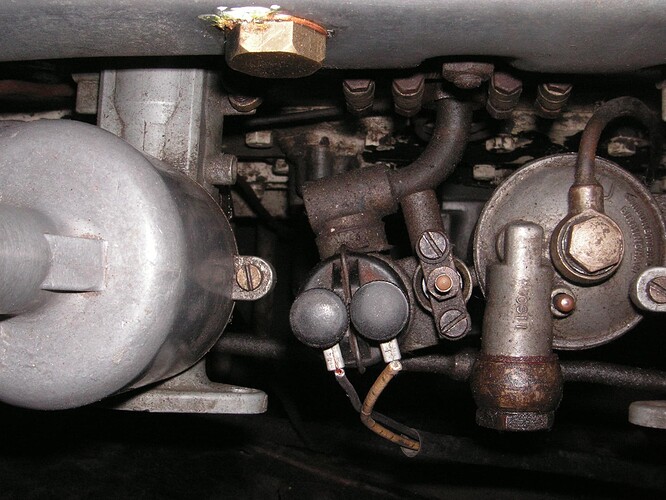 Ah…OK. I’m going to guess that they operate as a crude, and VERY large air corrector jet.

I’ve been thinking about the design of the starting carb body, why would the OP (no name given) see fuel in those two side chambers, when I don’t see any? 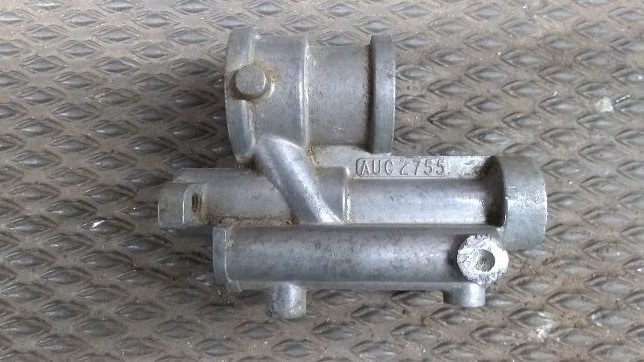 Body with jet and needle 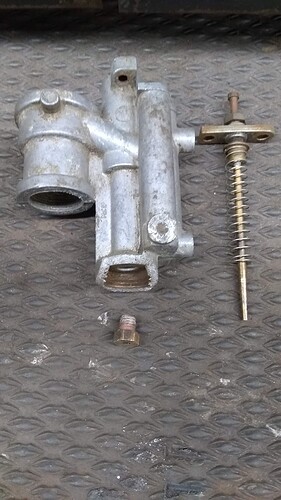 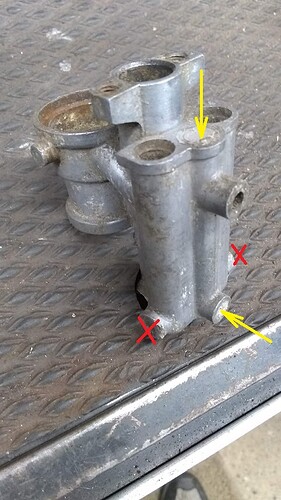 I had previously thought they were drilled through but I was wrong.

I followed the air flow as shown by blue lines. 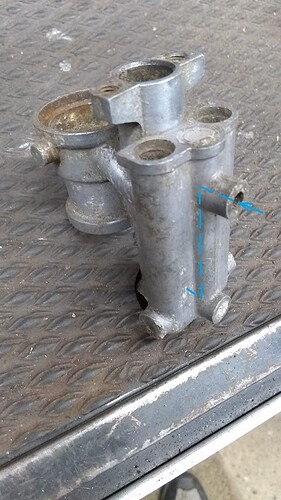 Here is the jet with the needle pushed down into the cold running position, just as the manifold vacuum pulls it down to meter the fuel intake. 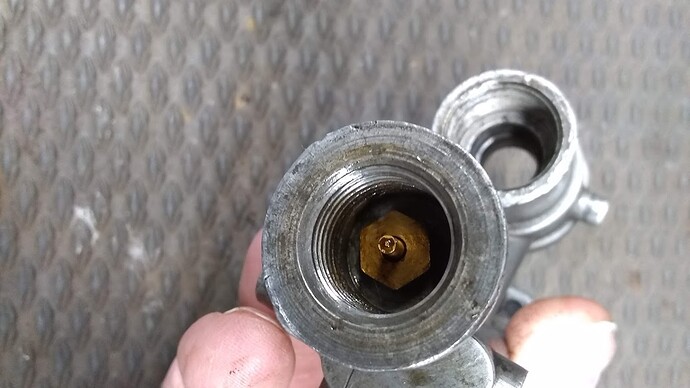 I removed the jet insert. 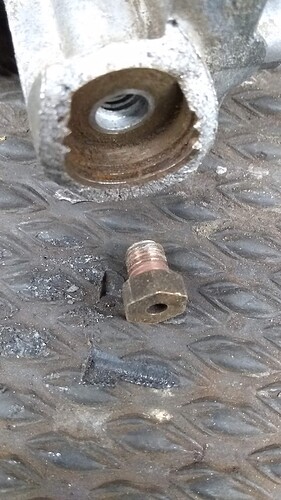 The drilled passage comes through at the yellow circle, just above the jet insert. 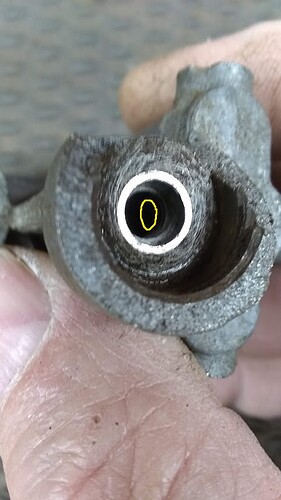 Air also comes in through the top around the metering needle.
With the 3258 body on the Mark V, this is the only air inlet; it does not have a side inlet at all that I can see.
This top chamber connects with the solenoid chamber by two drilled holes.
I’m shining a flashlight through them here. 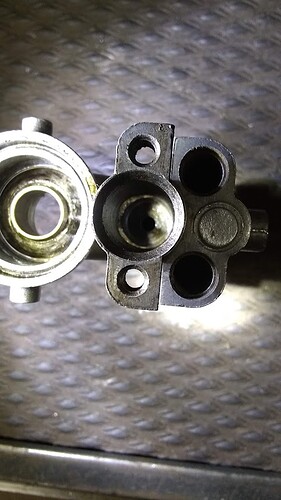 This is the flow through the body. 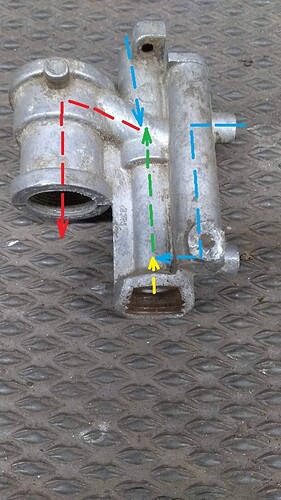 air flow passage 2482×857 143 KB
blue is air
yellow is fuel from the float bowl
green is air mixed with fuel
red is more air mixed with fuel
red continues through the starting pipe to the underside of the intake manifold, where there is a one-way anti-backfire valve on 140 and most 120s, though I understand this valve was eliminated on later models. 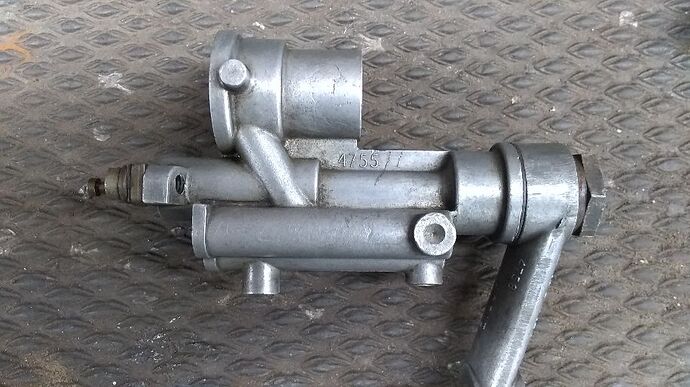 Those two side chambers don’t serve any purpose that I can see on this body.

Why are they there? If the side bosses were drilled through and plugged, they would connect to the center chamber and then become additional and larger air inlet passages. Perhaps they were used on some other version that needed even more air flow such as a truck or bus?

That leads to the next question, why does the OP see fuel there? Is his a different body where the side chambers are connected to the center chamber?
I’d like to see a photo of the AUC8961 if anybody has one handy.

Are you sure it’s fuel? Maybe it’s oil that was spilled in there and never drains away because it can’t in there.

As is your norm, Rob, excellent description of the operation of starting carburetor. Thanks!

I’ve seen fuel in my MKII hisser as well. Always assumed it was normal. I’ll try and take a picture of it on the next drive.

You know more than I forgot about all this stuff, but I swear to seeing fuel in those drillings on more than one ASC, including MK7 and 420G

So i will try the simplest answer first;

The fuel level line (21) in the drawing provided by Steve shows the level would be visible at that level in the drillings, provided it can leak through between the Jet and Needle in the ASC.

As there is a tiny gap between these, I submit the fuel rises up the drillings to the level of the float

maybe we need a visual survey

Logic dictates that if the ASC overflows the main carb is already flooding. Seeing the different ASCs is interesting but we know that his has the side chambers drilled for they are filled with fuel.

The leak must be fixed but the visible fuel is normal and not the main reason to carry a fire extinguisher. I don’t worry much about my ASC.

Just to add…the drawing above that i posted is as far as im aware a generic drawing…its from the Burlan SU carb website…the fuel level will be different depending on your carb/AED setup…for example my S1 xj6 has an AED with twin HD8,s (factory)… the aed dosnt sit up very high and the fuel level is below bridge in the jet…so fuel is higher in the aed chambers…google search carbs to see the different setups. …Steve

This week I did several tests adjusting the rear carb lever…and you know what…?? I’m done and now I don’t see fuel inside these small tanks…obviously I had to make several adjustments until I let overflow…I’ve already turned on the car and everything looks fine…I’ll take it out on the road on Monday to see how I stayed…when I adjusted it to exactly 7/16 it made me overflow…so I gave it a little more than this measure and well, I hope it doesn’t bring me probs.

Thanks …we see next …cheers