The XJ will return. Sorta, maybe.

Originally published at: The XJ will return. Sorta, maybe. – Jag-lovers 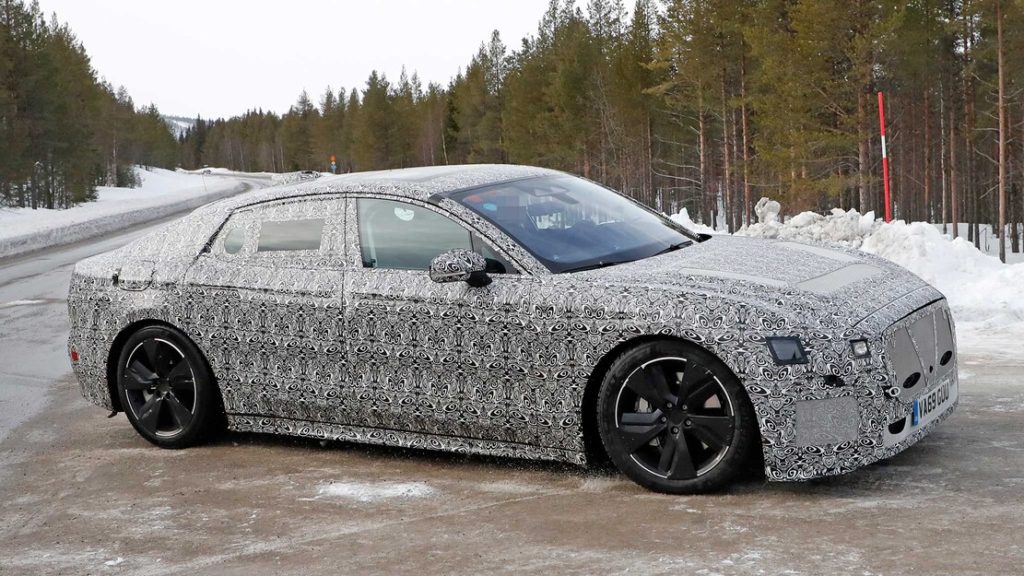 The Jaguar XJ, for decades the premier sedan of the premier British marque, will return one day. But it won’t be your father’s XJ, and perhaps not even yours.

Would you buy an XJ based on the I-Pace platform? What if Jaguar were to repeat that awful rear hatch they used on the now defunct “X351” XJ instead of a proper trunk (boot)? We are concerned, and we have questions.

According to MotorTrend, they have no answers, only more speculation. What seems to be clear is that there will be an XJ, it will be electric, and it will debut by 2025. Maybe. If Thierry Bolloré lasts that long as the CEO of JLR.

What do you think?

Well, that’s one seriously “uglyed-up” car: the technical term they use when they are out test driving prototypes.

The general shape looks kind of OK, and I suppose that it will be fairly nice inside if they follow the XJ model. When they take off the uglfying, then we can see it better.

That’s not a picture of the new XJ, that’s a picture of the shitcanned prototype they were working on before the move to all EVs. Apparently the new XJ is still on the drawing board, but according to MotorTrend it will have the same fugly rear hatch as the X351.

I’d have to know more details to be certain, but from the little bit of info we have, I wouldn’t be interested. Who knows though. By that point, I might be open to anything that isn’t an SUV.

What if Jaguar were to repeat that awful rear hatch they used on the now defunct “X351” XJ instead of a proper trunk (boot)?

Please explain Gunnar ???
The X351 indeed does have a ‘proper boot’, and nothing remotely like a ‘rear hatch’, and its considerably larger than that I had in my previous every-day X308… 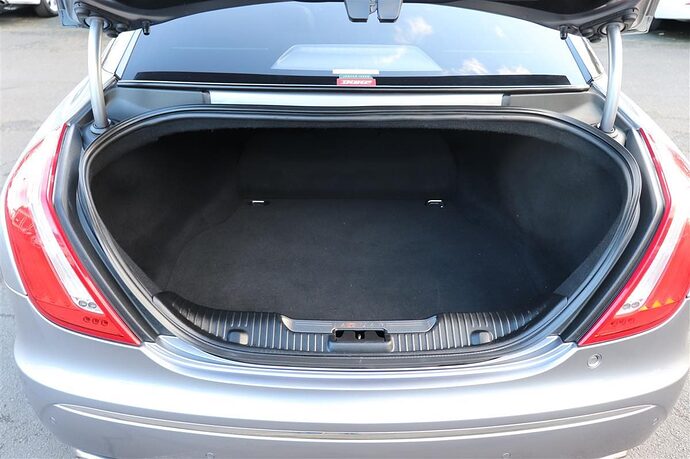 And exterior appearance - for a large limousine, especially the LWB versions with a huge amount of leg room and head room, its in my opinion a really stylish, integrated and good looking car, and not the clearly ‘stretched’ add on of previous LWB XJs… but colours have an impact, with the lighter colours - whites, greys etc, maximizing the integrated appearance more so than the heaviness of the blacks and other really dark colours… 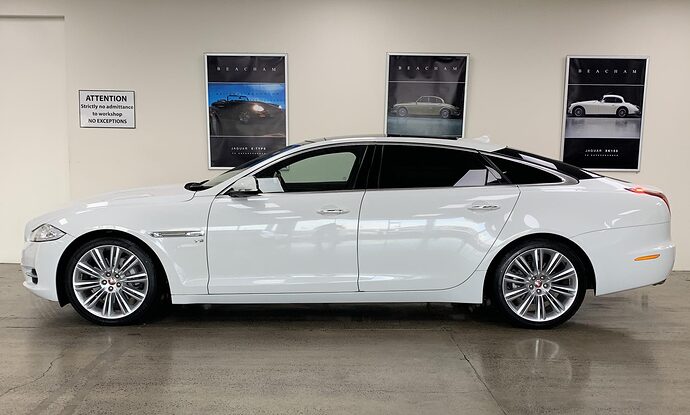 If the new eXJ6 looks like the white one in your photo, and has decent range, it might be what Jaguar needs.

It’s been that shape since 2011 or thereabouts, with a 100% non-hatch config. I remember it well on account of getting a $130 fine and armed response for parking my roadtest car at Camp David…