Thanks for the input about the value of pre-heating. It seems the conclusion is that is probably not of value.

I used an IR thermom and measured the temp of the top of the thermostat housing (series 1 XJ12) and top hose on each side. The temp in the garage was about 10C. I recorded values each minute (and progressively returned the choke to off over the first five)

The temp rise was the same left and right. Coolant hose temp didn’t rise above 15C for more than 6 minutes (and then not above 20 for 10 minutes) At about 12 minutes, there was a rapid rise to about 50C.

Similar behaviour for the housing - slowly warming from 10 to 40 over 9 minutes, then at 11 rapid rise to 55C

This suggests to me that both thermos are opening at the same time. They might be opening at a lower temp than expected (there seems to be some debate about whether my car should have 74C thermos- like an E-type or 82CThermos- as listed in the wsm and parts book). Although I suspect that the IR thermom might not be faithful, It does seem to match the dash gauge - about a quarter off the cold mark.

Even if I had higher opening temp thermos, I doubt that would speed up the temp rise to my measured 55C or so (below which the thermos appear to be closed).

I note that others report a much faster warm up than I am experiencing. My car has correctly operating idle ign retard (for the time being) - which i supposed to be beneficial in warm up.

Worth noting is that mine has a manual gearbox conversion, so the wasted transmission heat is much less - and not exchanged with the radiator

Russ. I haven’t timed my 95 6 liter. But I do know that it seems a long time at idle to come up to normal. Even seems long to come off the peg.
If I start driving though, where the rpm is higher than sitting at idle, I seem to reach normal a lot faster.
To me your measured times do not seem THAT much slower. I would agree you need to install correct thermostats

My car has about a 12 minute warmup time to 82’c if simply left idling.

If you assume that your temperatures are accurate, then it will take a longer time to reach operating temperature if the thermostats are letting significant flow through at 55’c. They shouldn’t be doing that.

If you assume that the IR gun is not an accurate way to get a meaningful reading, then the similar warmup time suggests all is well.

You can always drain a bit of coolant off, pop the thermostats out and measure them with a normal thermometer whilst warming in a pan of water. It doesn’t sound like you have a problem though. If you were to never warm up, your fuel consumption would suffer horribly.

All seems too cool 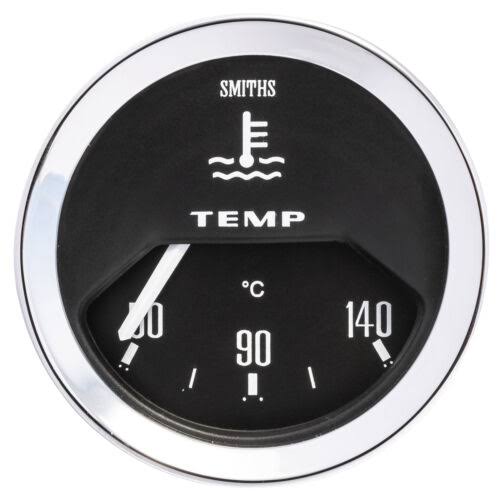 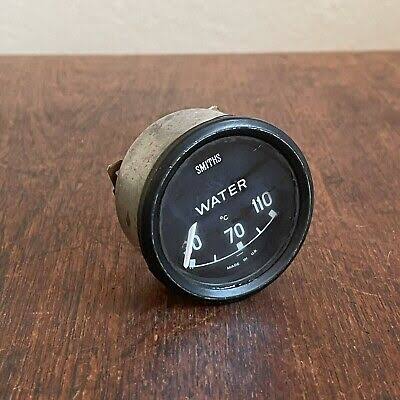 My gauge (a BT8115/02 in a series 1 Xj12- third pic) reads well below the “normal” sector and i had wondered about malfunctioning thermostats etc. After a bout of confusion with a dud IR thermometer (gave low readings, but confirmed that the thermostats seemed to clearly open), I now have a better reference and can see that both thermos open about 73C, so presume that I have 74C thermostats in. I have been advised that 74 thermos are often fitted here in Australia- although the correct part is an 82C one. I can see no good reason to fit a cooler thermo - Sir Isaac Newton told us that.

The First pic is a new Smiths gauge and can be seen to move from 50 to 140C calibration marks (little dots). The Second pic is from a 6cyl E-type and is differently calibrated.