In my car the plug was so hard that the external lips were brittle. Add to the fact that it is not really easy to get to it, it started to disintegrate when i tried to pull it out with a screwdriver. It was getting dangerous as the outer lip was braking and the plug stayed in place.The inside lips were ok as they are in contact with the oil and not brittle . As a result, the plug risked falling inside the timing chain box with potential disastrous effects.

I managed to get it out, screwing in a hang screw, 45 degrees from the top into the core of the plug (perpendicularly would risk pushing it inside) , which was solid, and then pull it out . 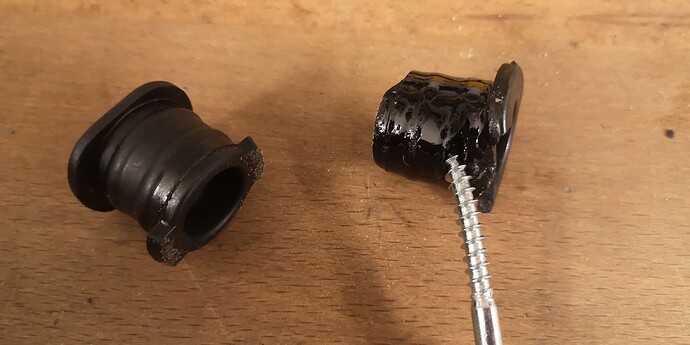 Fitting the new plug was easy, with a bit of lubricant , despite the lack of space with the engine in place . 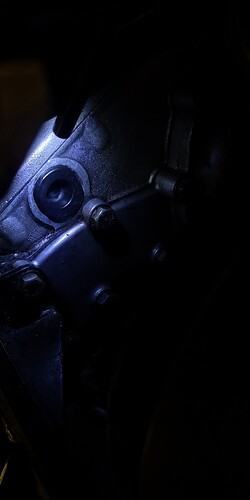 You did good.
Just FYI for all, there are several write-ups in archives of V12 and of XJS that discuss this plug and various thoughts, ideas and techniques. Also, there is a fellow jag lover, John_John , who makes and sells aluminum replacement plugs

The fun of removal when baked is the reason I recommend cutting those ears off a new plug before installation, and then fashioning a little metal tab under a bolt head to hold it in place.

I tap the cover to take a 12 AN Port Plug. Never have any problems again. 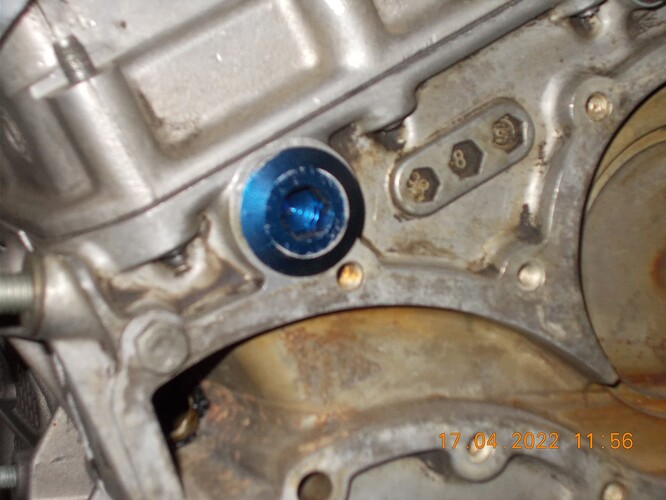 If one wanted to eliminate the breather on the other side (for… reasons…?.), this would be a place to make a alternate.

All that cleaning of garage floor for the last 10 years !

Last issue to sort out on leaks: o-ring of the auto gearbox on the shift mechanism . a few year ago I did the sump (straighten edges etc) and also replaced the kick down oil ring (tricky due the lack of space with box in, I documented it somewhere in the forum ) but I am not comfortable, or saw clear documentation, on how to replace the auto gearbox shift rings with the gearbox in place - and without a lift.

I understand @Kirbert suggestion and what @Norman did, in fact looking again at my old plug it lost the inner lips , The engine is 110kmilles and running well, so the plug will definitely hold until an engine removal is needed - probably not in my hands.

BTW, any other impact of a leaking plug other than oil leak ? Eg induced air leaks / engine performance ? 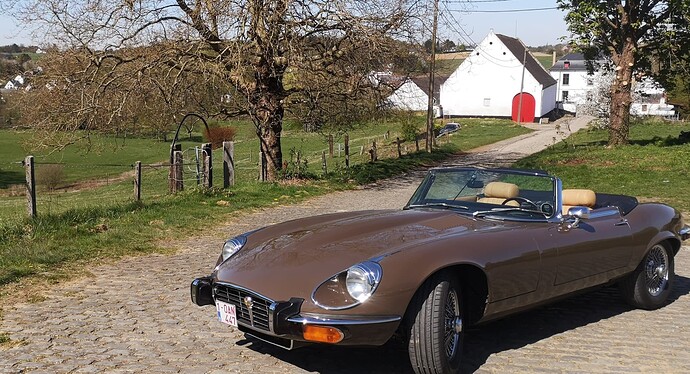 Hope you all had a good Easter !

Nice to see another eType in Sable. I don’t see that many.