Today was a good idle day

Hey, wanted to share, as i said, switching to NGK platinum plugs helped my idle a lot. Guess what just pushed it over and made my idle pretty much 99.9% smooth? New O2 sensors!

I put in new O2 sensors only three years ago, once i got my ecu fixed causing a super rich condition. I started thinking that all the continued work bringing my V12 up to snuff over the last three years, along the way could i have been fouling the o2 sensors? They were quite blackened when i pulled them. I’ve heard that once an O2 sensor gets carbon fouled, it causes ECU to run richer thus fouling more?

Luckily the Bosch O2 sensors for our cars are only $50 each.

@gregma - was looking into the NGK Platinums and got conflicting fitment for my 1989… I know yours is an 88, but wondering if you, or anyone else for that matter, know if the Platinums will work on the 89 and later XJSs? The NGK site doesn’t show it available for 89s, but some sites, I think PartsGeek, show the G-Powers as available. I’m leaning towards the NOT being good for the 89, but figured I’d ask…

Good question. Yeah, mine is for Lucas V12. Not sure if the plugs changed for Marelli.

Plugs are the same, 5.3 vs 6.0, Lucas or Marelli.
BR7EF is all that’s called for, some prefer the hotter BR6EF

Multi-electrode plugs and expensive noble metals is not what a 50-years old design needs, IMO.

The core is 98% copper. For all I know, the improvement I’ve noticed could just be the extra fine tip, they claim for a more focused spark. FWIW, the NGK copper plugs I removed looked good and were only 2 years old.

. I’ll give it a shot and see what happens, not expecting much difference.

At the least, it’ll sound cooler when I talk to people about the Jag…

I was extra careful gapping them with that little point. I used feeler gauges to be safe.

OK Greg, you know the drill. Only one way to prove it.
Does this mean tou can stand up a smaller block of wood
On end.

Ha ha. My engine still has a bit of a vibration at idle in Park, but what has smoothed out is when it’s in Drive, in closed loop using the o2 sensors.

Still investigating some engine vibrations at some narrow RPM bands. From about 1300-1600 and around 2800 the engine feels like it stumbles or vibrates. Happens while driving and parked. Idle is still pretty smooth but high at around 900 rpm.

Any suggestions would be helpful. I’m hoping/waiting on @John_John1 to make up some more AAV rebuild kits.

Also, the fuel damper was leaking and I removed it but did not replace it. I don’t know if this would have any effect on engine “smoothness”.

Not sure if this is also a related symptom, but RPMs will fluctuate if throttle is held very slightly open. 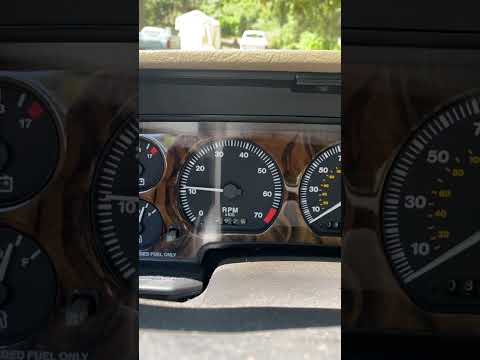 As long as our 90 XJS is on relatively level ground it will balance a nickel no problem…I have demonstrated it to friends a few times of late. 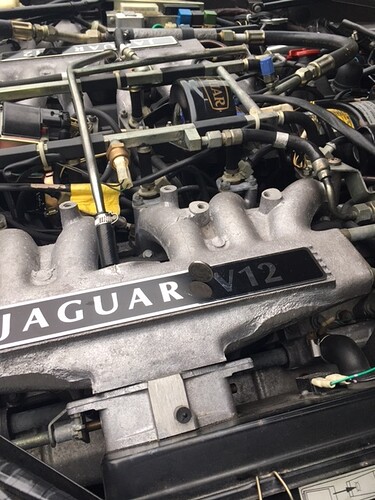