What material should the CBC2933 bush be made of?
Made of polyurethane? made of rubber? or from hard plastic?
What material was originally used by the jaguar?

The only upper bushing (cbc2933) I’ve ever seen are made out of some type of polyurethane. 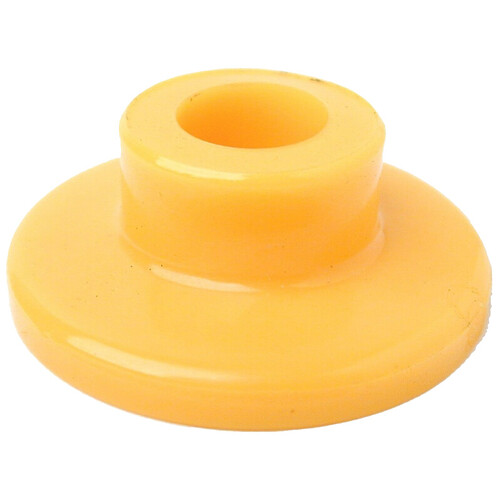 If I was going to install new upper bushes, I’d buy one of the ones in the pic above, then copy it and make a pair out of teflon. Permanent fix.

I had a brand new one in a sealed original Jaguar poly bag that had CRUMBLED into about a dozen pieces. I had the part in my toolbox for about a decade so I was kinda surprised that it disintegrated in the dark in the original package sitting dormant.

Whatever the yellow substance is, it is NOT durable.

I just have a problem. I installed polyurethane and that it disintegrated after 1000km of mileage! In addition, the spacer polished the edge spring/damper mount (MMD3570AA). I made these bushings from Teflon , but I have concerns that the shock absorber piston rod will not be damaged, because there will be no proper clearance?

That’s because there is a different “spring damper mounting” used on the self-leveling hydraulic systems than on the standard (non self-leveling). 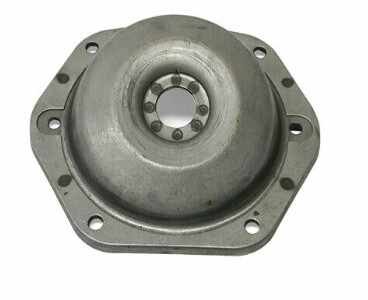 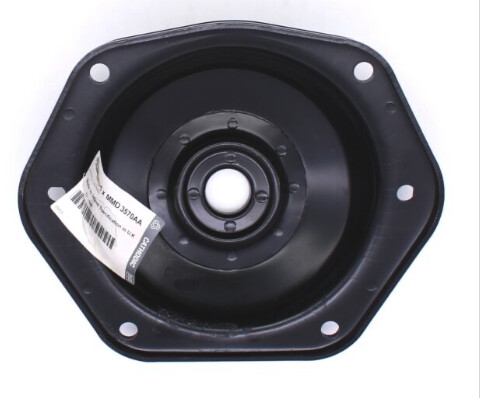 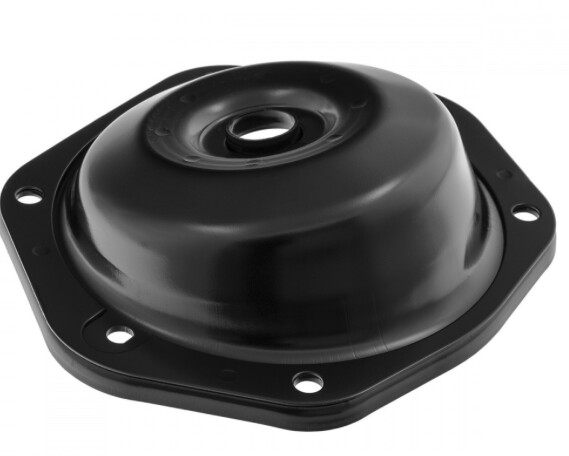 Even though the two parts appear identical if you look closely you’ll notice that the center hole that the bushing goes thru is slightly smaller on the 3570 mount than on the 3470. This keeps the bushing from moving around and eating itself. Most people fail to replace the mount when they do the shock absorber conversion to non self-leveling (none of the kits I’ve seen include this part) and the old mount allows the bushing to move around and wear out very quickly. This then allows the shock itself to rub against the side of the hole and “polish” it.

I have the conversion done and have the MMD 3570AA bowls used on standard systems. Destroys my bushings CBC2933 and grinds the center hole that the bushing goes thru.

When you had the conversion done did you actually purchase new upper “top-hat” mounts? Did they give you the old ones back? I’m suspicious because this is a classic problem with the old mounts being used.

Maybe the reason is a worn rear Sub-frame bush?
The MMD bowl is damaged in the front/rear axis of the car.
Maybe the rear mounting frame is moving?

Suspension damage may be the problem but I doubt it. Since the shock assembly is designed to move via the lower and upper connections and the shock absorber itself I don’t think a misalignment would be the cause … but that’s just a very unprofessional guess. 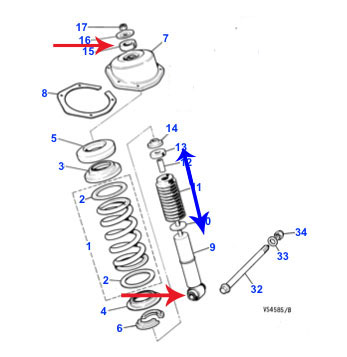