My boot flap hinges are the same as Erics.
Jim

Thanks chaps, I’ll try and carefully drill out the c/sunk screws for the spare wheel cover hinges and possibly helicoil if necessary, but they’re hardly critical load bearing.
Thanks for the fuel flap pic - somewhere in the rust there must be a couple of slotted c/sunk screws then!

on mine…
2 cheese head screw from inside into these captives . 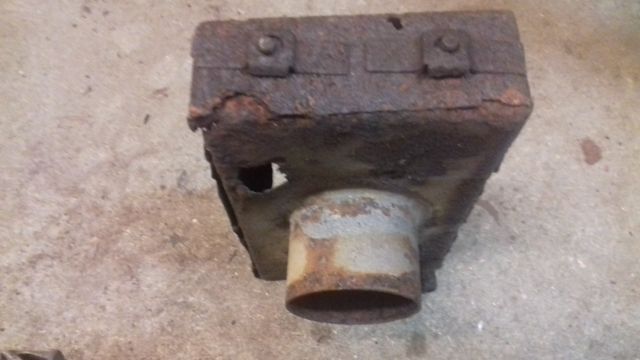 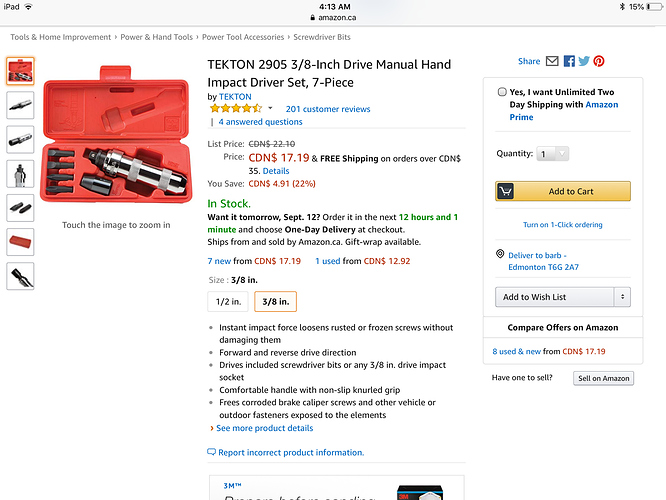 Ive found that, on old, rusty and thin sheet metal, one has to be very careful, using an impact screwdriver.

Agreed. As with all things overexuberance can be detrimental. When using one to remove the large rusted in bonnet screws on my e type I found that support on the opposite side with an appropriate sized socket and heavy hammer helped a lot providing there was room.

Geoff Geoff Allam
September 11
Agreed. As with all things overexuberance can be detrimental. When using one to remove the large rusted in bonnet screws on my e type I found that support on the opposite side with an appropriate sized socket and heavy hammer helped a lot providing there was room.

Sorry Geoff, I was responding on a phone and the message clearly didn’t go fully.

I have a selection of different sized impact screwdrivers, the best being an old Snapon I’ve had for over 30 years. I have modified several of the bits for various jobs, but if these don’t move easily I’ll drill out carefully and either use stud extractors or helicoils if necessary (and access allows). Unfortunately there’s no rear access to these areas if petrol tank is in place in a DHC. The key to successful impact driving isn’t so much the force of the blow you can swing, more the angle of access you can get. Unless you are fully square on the offending screw the head will chew up.

Yes. With most jobs the biggest problem is access and determining how stuff was put together. On my modern vehicles I find the what causes me the most frustration is unclipping electrical connections when there is poor visibility. They all seem to clip with different mechanisms and manuals invariable just advise “ undo such and such a connection”.

I hate working on ‘modern’ cars - although the most modern in my fun collection is a 2001 BMW M Coupe, not exactly the latest model (although 325bhp in a Z3 chassis is fun…). Every time I do anything on it, the little plastic clips holding parts on break - and there are a million different sizes, designs etc.

Filler cap removed successfully and dismantled. I’ve attached a photo of the flap and the tool used for removal, which usually works and allows for precise positioning with decent leverage. Note the screws for the hinge (which are the originals, still have Carmen Red on them) are 2BA slotted cheesehead with an internal toothed washer. 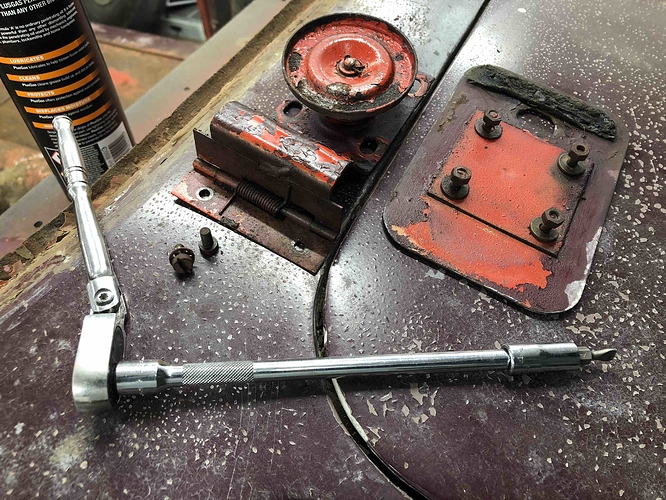