Since it’s still an aspiration to have a hardtop with my S1 OTS, I keep a lookout for adverts. Out of the blue, I spotted that someone was advertising some S2 hardtop rear window chromes and a front chrome piece. Given there is no difference between the S1 and S2 hardtop (save for the interior latches), I bought them on the basis that they might come in useful if I get a hardtop minus the chromes. Having received them safely in the post, and given them a polish, I’m now the proud owner of some original pieces. One of the hardtop rear window chromes is in fantastic condition and, whilst the other will need a bit of tlc, it should come up well.

So, it’s true, unicorns (well, at least Hardtop Rear Window chromes) do exist in the wild!! 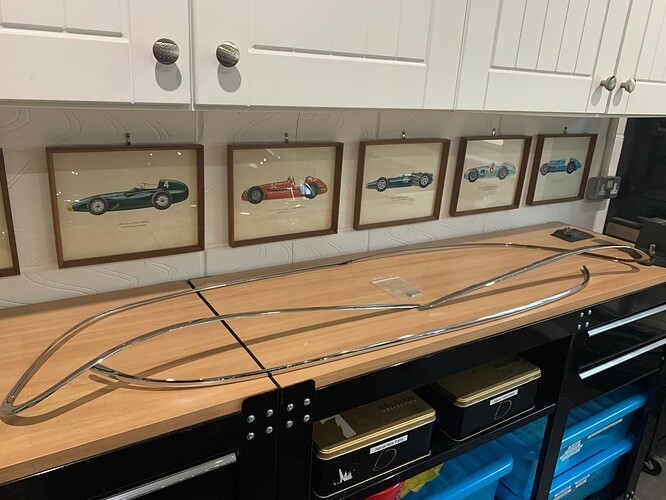 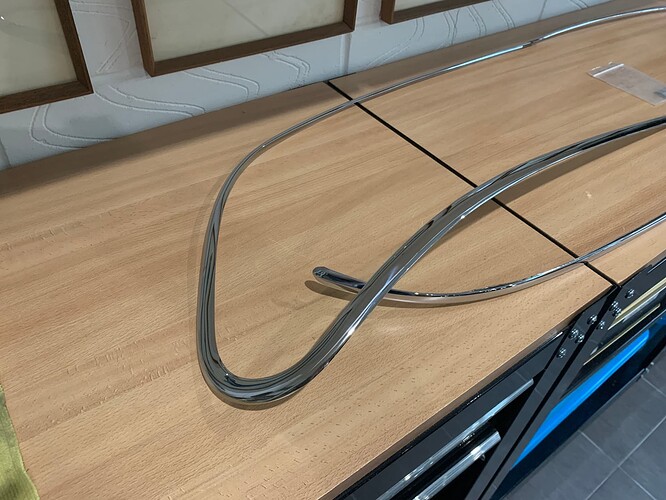 So I have a set too (and a hardtop) but even though I bought a high quality window seal I still am having difficulty getting the bright work to stay in place around the “glass.”

I am under the impression that any modern seal does not have enough rubber profile to have proper grip on the bright work. So… You have that to look forward to.

From everything I’ve read, these are a real pain to fix in place and that some form of black adhesive compound was used to help secure them (I saw traces of this on the reverse of the one of the chromes).

If I don’t succeed in tracking down a hardtop to use them on, I may just simply sell them.

I see another unicorn. A clean work bench. How do you do that?

It does not normally look like that. It had a clean up a couple of days prior. I now need to find a place to safely store the chromes.