Framed. Thinking it might be vinyl? Doesn’t look like fabric and doesn’t look like paper. Came in a lot with other items from the 70’s and early 80’s. Google gave me squat other than EJAG was an enthusiasts magazine. Ideas? 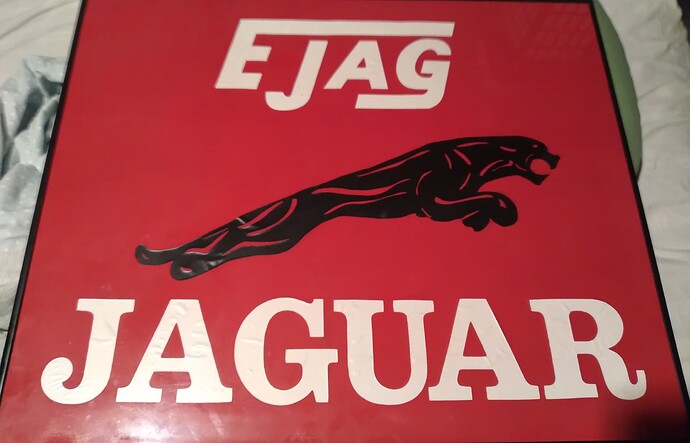 I’ve got a couple of stickers they sent me over the years. They just fizzled out when the web took over. I dumped my coveted magazines in the early 90s.