I am looking for a XK120 Salsbury Crown & Pinion Gear. Can any one assist

Welcome Andrew.
We need to know which type you have.
If it is the type 4HA then the Dana 44 as still used in Jeeps uses many of the same parts.
If it is the type 2HA it was used in Studebakers in the early '50s so you could look for those but you may be out of luck.

The country you are located in will have some bearing on what is readily available.

I am looking for a 2HA Salsibury.

Is this for a pre-war SS model, or an XK? If it’s an XK, it’s easier to swap in a later 4HA than find usable 2HA gear sets.

Andrew, just so you know, there is a dedicated forum for selling and wanted items. Unfortunately there is a requirement that needs to be met before new members are allowed to post.

The forum has rules regarding posting in the type specific forums.

The differential housing is from a MK4. I am not familiar with the full techical details of these housing and compatibility and would appreachiate advise.

The challenge is that the Salisbury 2HA and it’s Dana 41 counterpart were out of production by 1953. On the other hand, the Salisbury 4HA and Dana 44 are still made today. It is entirely possible to have and entirely new bespoke Dana 44 rear axle made from off the shelf parts. Not so for the 2HA. Very challenging to find ring and pinion sets, not impossible, but challenging, in the 3.xx series. 4.xx ratios are much more common.

The differential housing is from a MK4.

Your profile says you have an SS100, but they originally had ENV axles.
A Salisbury from a Mark IV looks like this. 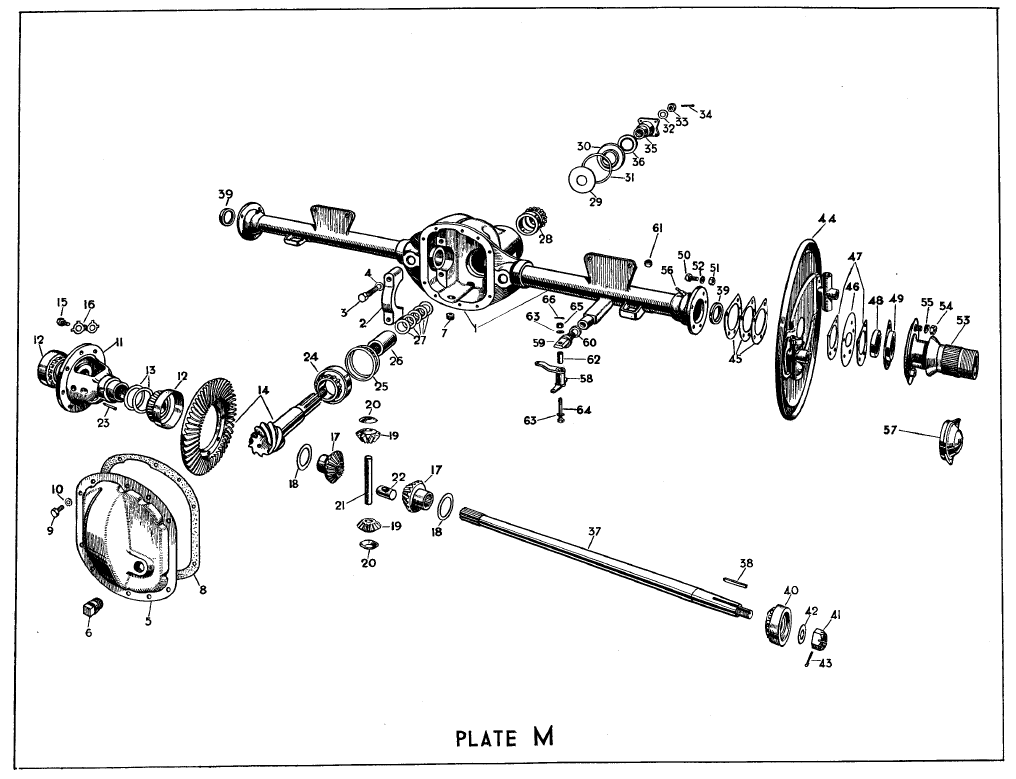 I am building a SS100 Clone, completed around a 1939 M series SS 3.5 Engine and a scratch built SS100 chassis. Most of the work was done a few decades ago. The differential is a MK4 2Ha diff. Interesting is that the differential has differnet shocker fittings than the exploded drawings above .

I’d swap in a 4HA and avoid the headache. You can get any ratio in a 4HA. Limited slip is no problem. It took me 10 years to find a usable 2HA ring and pinion in a 3.xx ratio.