I got somewhere around 7 years and 10k miles out of the first rebuilt one I installed in 2001, Drew. The failure wasn’t catastrophic and the leaking was evident to anyone that opens the bonnet regularly.

It’s not god awful roadside repair on a long trip so a spare makes decent sense. As you saw, I did mine again just because the engine was out, and 150 bucks was not a lot in context of how much I was already spending. However if the engine was not out, then that pump would have stayed in there until it started leaking.

Can I get a copy of that chart?

From the Coolcat site by way of John Carey:

As noted, ‘fasteners may vary’ - e.g. I have one or two studs in place of bolts shown (studs make installation a bit easier).

And my (S2) spare will be of no use to you I think (later, larger impeller).

Thanks Erica. Mine seems fine now, but I hope when it decides to go I can hobble along for a while if I’m on a tour. If not, I’ll be relying on SNG or XKs to send one post haste.

A boxed pump will fit in the well of the spare (realizing you surely have something equally useful in there already): 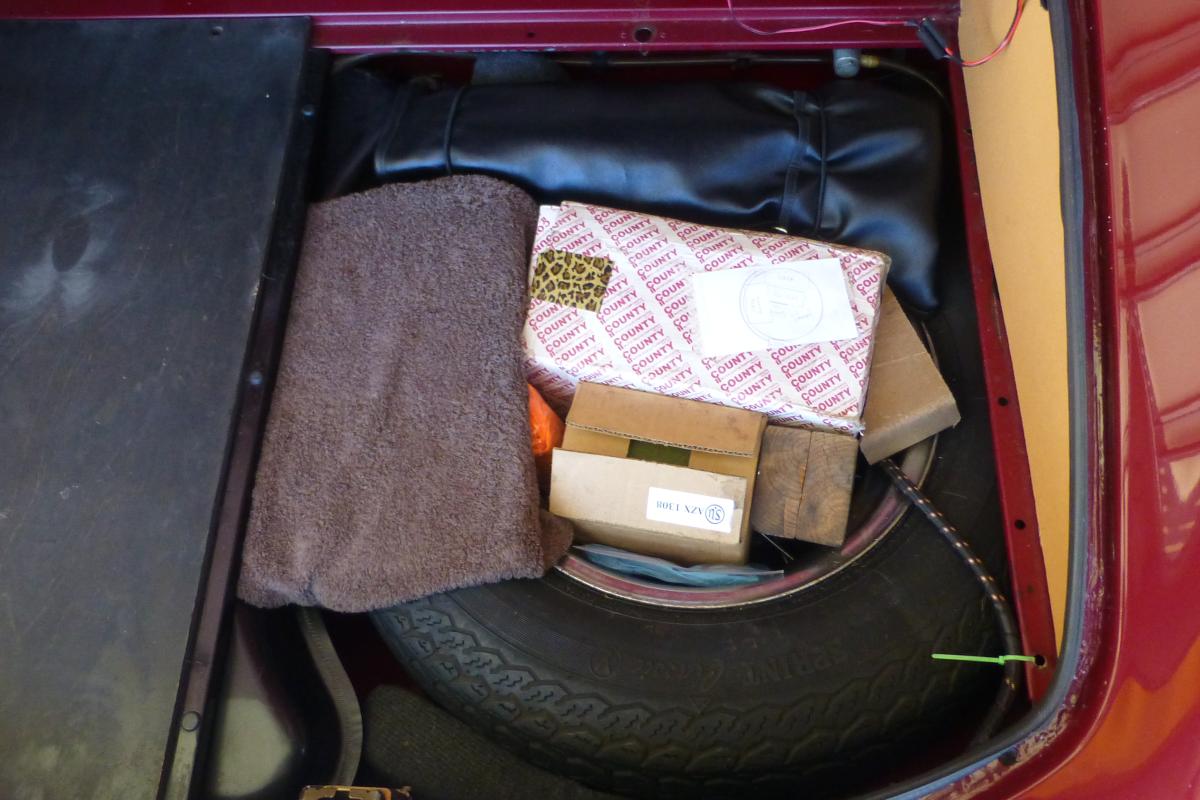 all I know is that if I go on a road trip I hope Geo is on the same one… then all I need is a wad of cash.

I had a new Series II pump I carried around on my first tour until I checked and it wouldn’t work on my Series I. I carry an alternator, a fuel pump and a bunch of other items plus tools. Guess I need to get a water pump.

Just to make the job easier -