What is the name and paint code of this BLUE?

Hi Gents,
I recently bought a beautiful series 1 XJ6 1973.
Trying to locate the color code and name for the color in the reference photo?
Thanks in advance 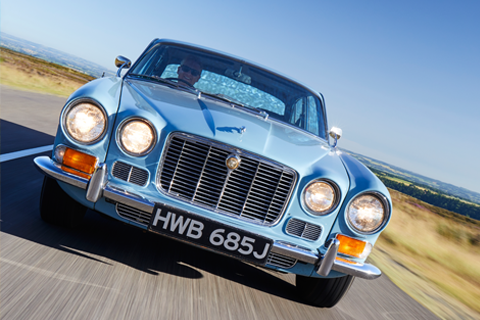 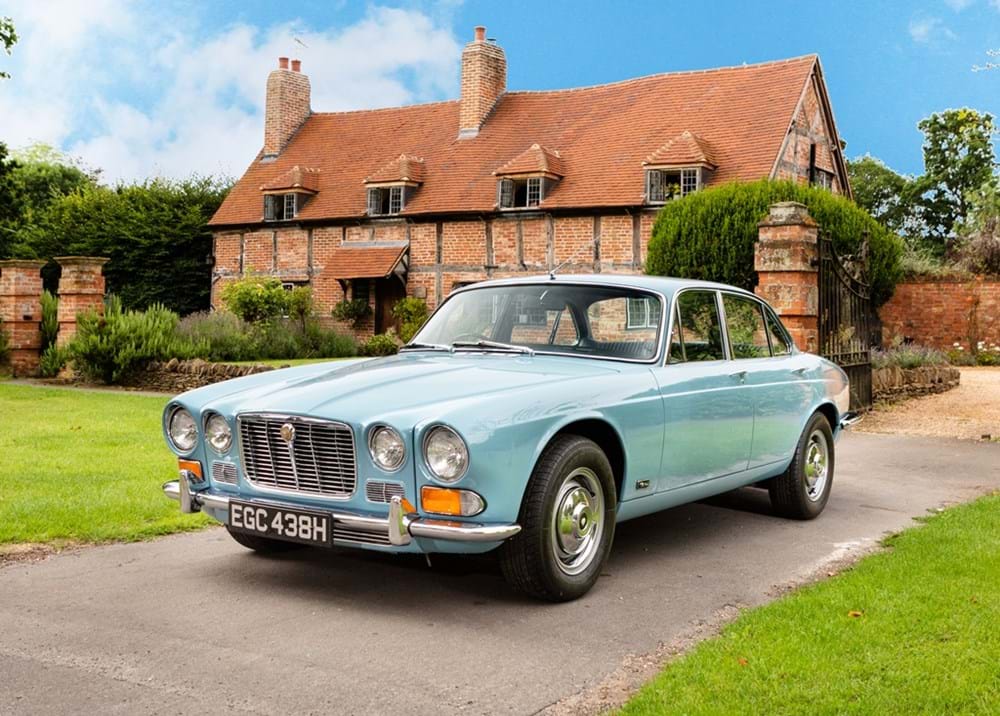 Looks very much like “Jaguar Light Blue”. No code AFAIK - you need to get it mixed or scanned.

This is mine in the same colour. 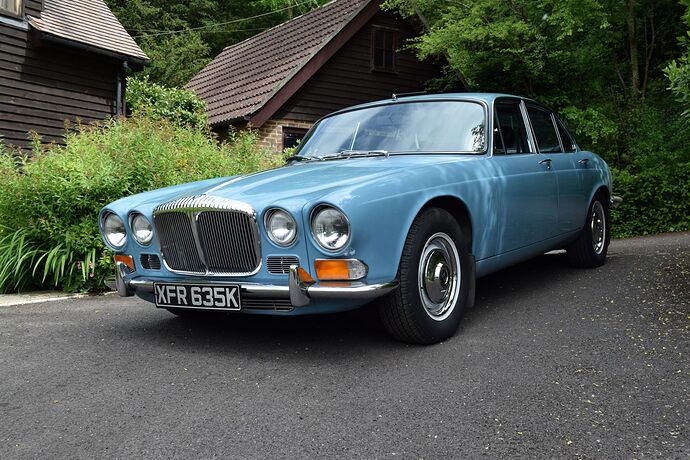 That was my guess. James’ reference photo comes from a source that says, “Jaguar was remarkably restrained in naming this in Pale Blue” but that doesn’t seem accurate. I was leaning towards Lavender Blue since he said '73 but that seems a little dark.

The last time I had a panel scanned and some paint mixed I asked the shop for the formula. This is what they gave me. I don’t know anything about paint mixing, but the numbers may mean something to someone! 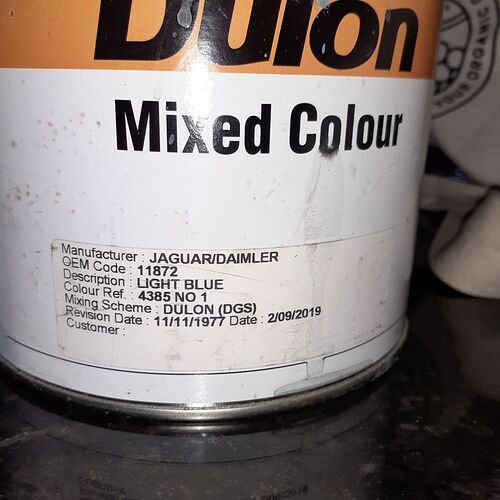 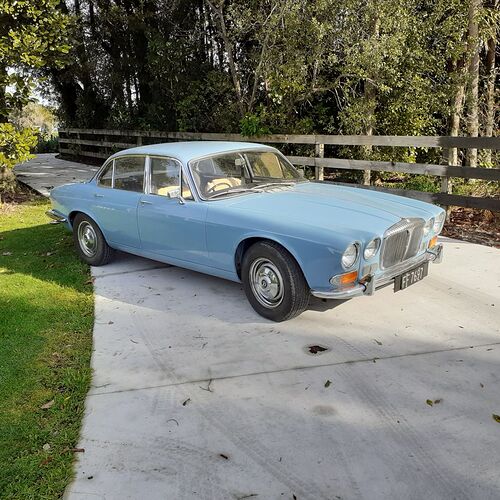 Yep thats jaguar light blue. My favourite S1 colour. I was following that car online, looks clean, best of luck with it.

The colour might vary and may be aged so you might be better getting some paint colour matched than getting original colour mixed. 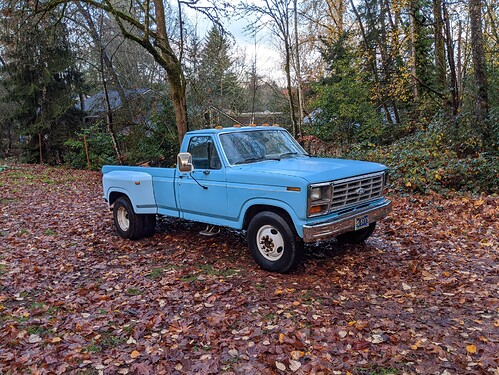 Despite what is listed, there is a variation between the Light Blue of 1968 to 1970 as used on XJ and S2 E Types, and the Light Blue of 1971 to 1973 of the later S1 XJ and V12 E Types. The later blue has a greyish tinge to it, the earlier colur is more pastel .Mine is the later shade as colour charts make no differentiation, and this is the only formula available. For your car it is correct, for mine, not quite. Not too many people would be aware of the difference.

It’s a bit hard to tell accurately, but this shows the two different shades. Back in the day, I wanted to paint my E the Series 2 shade, but even in 1977 there was no reference to that shade; the only light blue for Jaguar was the shade it ended up, which is the S3 shade. 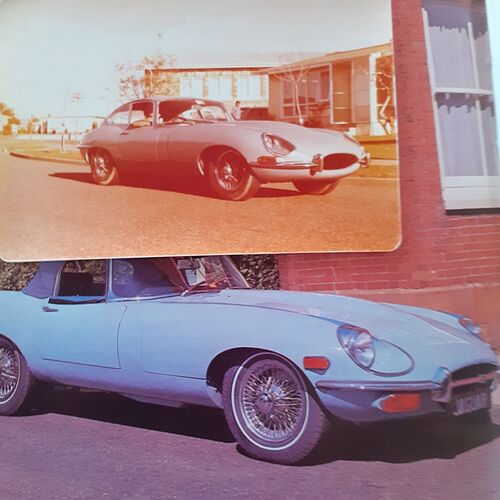 Wow thank you all for your responses. Very helpful.
I will be changing colors from its original Sable(brownish color-included is stock photo) to light blue.
To be honest; I don’t even particularly like the color blue on a car, but to my eyes, on an XJ6 it looks to be a very complimentary shade!

I just saw a Mini for sale on eBay that makes me wonder JLo…. How many shades of blue are you going to paint this car at once?

Bahaha yes that is mine. I have been a car hoarder I need some more space