What is this mystery door?

Mystery door that popped up in Facebook Marketplace. Appears to be all steel. At first I thought XK 140 FHC or DHC, but I don’t see any sign of a hole for a door handle? Is this just a homemade effort? 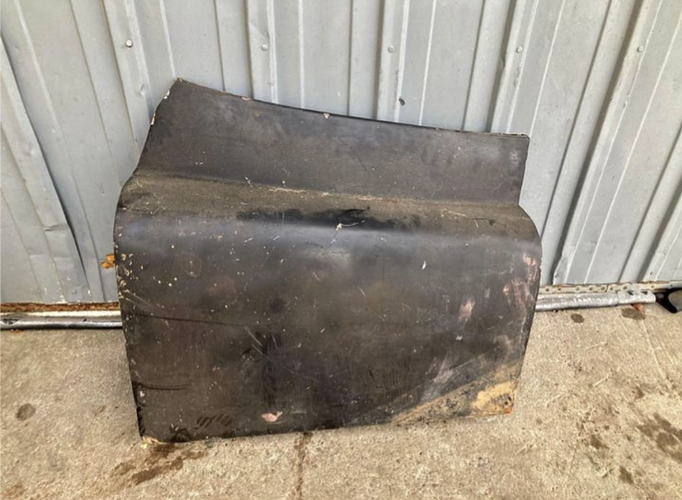 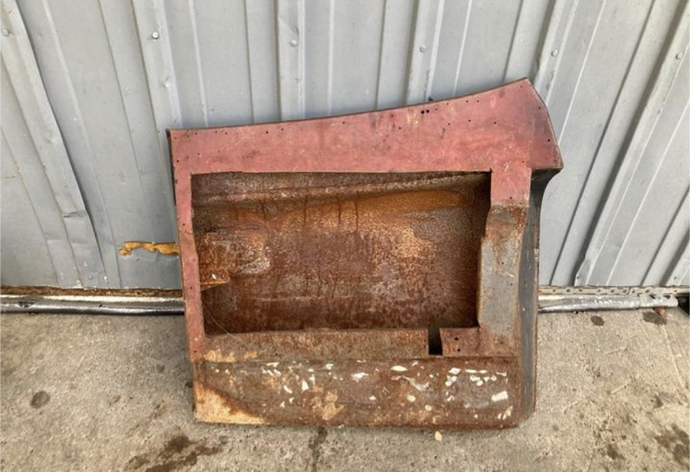 Well, if nobody is leaping to his feet with a positive ID, and we are ruling out the possibility of it being a piece of a Lyons styling exercise that escaped over the back fence at Brown’s Lane…
I’ll offer two thoughts.
Daimler Conquest Roadster
Triumph TR2 long door
But I think neither of these is quite right.

It is definitely not a TR2, but I’ll be darned if I can figure it out!

I did wonder about a long-door TR, but hard to tell.

Did the mythical all-steel 140 door really exist? I’d like to see photos of a genuine factory one to see how it differed from the wooden frame standard version. I’m wondering if this is a restorer/home made replacement, maybe using a factory skin, from the seventies or eighties when repros may not have been available.

Roger: I wondered that initially, however, if you look at the leading edge of the top section it bends backwards. On my DHC and on120 FHCs, as well as the equivalent 140s, that section is vertical.