It says type A on the filler/dipstick lid.
I have 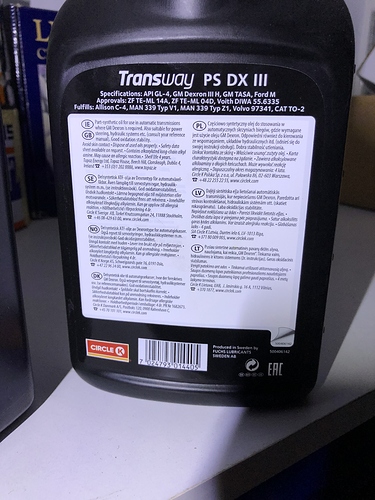 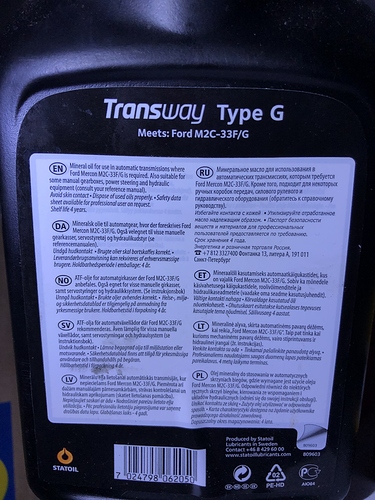 None of above, I would say.
ATF-A is still available.
example:

Classic ATF A is a premium mineral ATF for use in automatic and semi-automatic transmissions in classic vehicles that require a 'Friction Modified' ATF according to A Suffix A (ATF Type A) specifications. Classic ATF A is also suitable for use in...

As Peter Jan stated, Type A is still available in some places - Type A, very prominent in the 1950’s to 1960’s era vehicles, was replaced by Dextron B, Dextron II, then Dextron III which you indicate you have - you would be able to use the Dextron III, as it is considered to be safe to mix, but, preferably after you have drained, or suctioned out the old type fluid, then refill with the Dextron III - Tex Terry, II - 1991 XJS V12 Classic Coupe, 1986 XJS V12 Coupe - sent 7/30/2020 1344hrs. EDT USA.

But would change to Dextron III not give oil leaks?
It is synthetic oil, versus Mineral ( and thicker oil ) for ATF-A

I know Dextron III can’t be used in early automatic boxes ( DG250 ), as it is to slippery and will give leaks also.

Hello Peter Jan - you are correct that the thinner fluid may possibly be prone to leak - usually this is a cause of worn seals finally not sealing as well - yes, the Dextron III was known for being a provider of a “slippery” shift in some cases, as it was designed to provide a “smoother” shift - in those transmissions that shifting was too slippery, recommendation was to go to the Type F fluid as this provided a thicker fluid condition - again, this was all in consideration of the transmissions - in the case of the Power Steering unit use, the Dextron III did seem to provide good cooling, and operation of the unit - I am going on my recollection of working with these fluids, back in the 1960"s era, when servicing vehicles - much has changed since then so there might be a better choice of fluid, for the Power Steering unit, should Peder not be able to acquire the Type A - Tex Terry, II - 1991 XJS V12 Classic Coupe, 1986 XJS V12 Coupe - sent 7/30/2020 1439hrs. EDT USA.

which can I use?
Either perhaps😅

In a very demanding situation, I use Penrite power steering fluid.

In my 420G PS now is Penrite semi-synthetic auto trans fluid, I also use that in all my transmissions