Yes, and that is not a heavy lift. Any XK cylinder head will fit on any block. That said, there are differences between the later 4.2 heads and the earlier 3.4, 3.8 and 4.2 blocks, but it can be done without much headache. Tachometer drives are the most significant difference.

Don’t know if it’s the same on E types, but on the 3.8 saloons the early heads had a small chamfer around the edge of the combustion chambers to account for the difference in bore. The 3.4 heads didn’t have this.
If you are still using the original pistons you will need to replicate this chamfer.
Later engines standardised the heads, and used different pistons, so the only difference is the colour.
Not sure exactly when this happened, but is was quite early on, so it might not apply in your case. There are official Jaguar service bulletins to this effect.
You may need to use the later cam cover or modify the original to fit the tacho generator. This is more of a fiddle than a big problem. The later heads have a bit more metal at the back for the tappings. The top camshaft bearing cap is different on the later head as it incorporates the sealing arrangement. I am basing this on the 1967 head I swapped so this might not apply to yours.
I have just done the opposite on my Mk9, by fitting the later 3.4 head in place of the original 1959, 3.8.
I have some pictures if you need them.

I don’t believe any 3.4 XJ6’s were ever sold in North America.

Your more immediate concern would be what intake manifold will fit the (presumably) 3.4L B head that will also clear the E-Type bonnet. E-Type manifolds mount the carbs below the centerline of the ports so that the dash pots will clear underside of the bonnet. You might be better off looking for an early 4.2 straight port head. Any E-Type manifold will fit the 4.2 head. Photo shows an early straight port head from a 420 on a 3.4L block, with the manifold from a S2, 4.2 E-Type 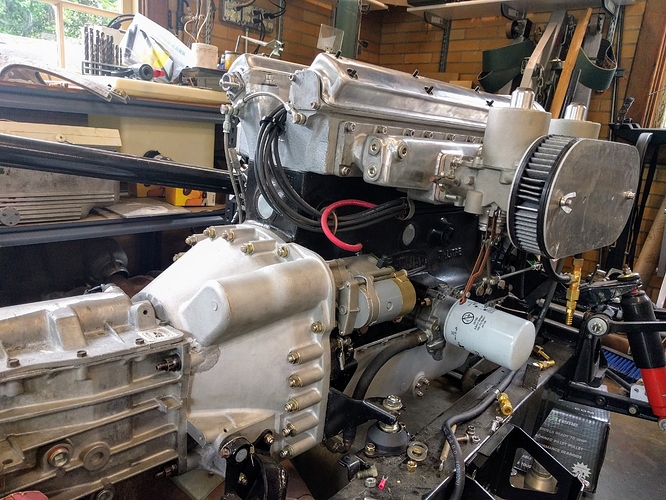 the 3.8 saloons the early heads had a small chamfer around the edge of the combustion chambers to account for the difference in bore. The 3.4 heads didn’t have this.

I’m not sure that was ever actually needed? They never changed the bore spacing on the heads when the 4.2 was introduced. Only 2 combustion chambers line up concentric with the cylinder bores on a 4.2. The other 4 are offset one direction or another.

Thanks for the info.

Wardell
I would appreciate some pictures as I am proposing to do an engine build with 3.8 block and 4.2 head.
barnettm@telus.net.
Cheers.

This is a series 3 head on a 3.8 block. (note triple SUs now fitted not triple webers). Welded the half moon in the inlet cam cover to use the series 3 gasket. While your at it bin the poxy banjos. If not my method then teflon dash 4 aeroquip right angle fittings and hose.
Peter B 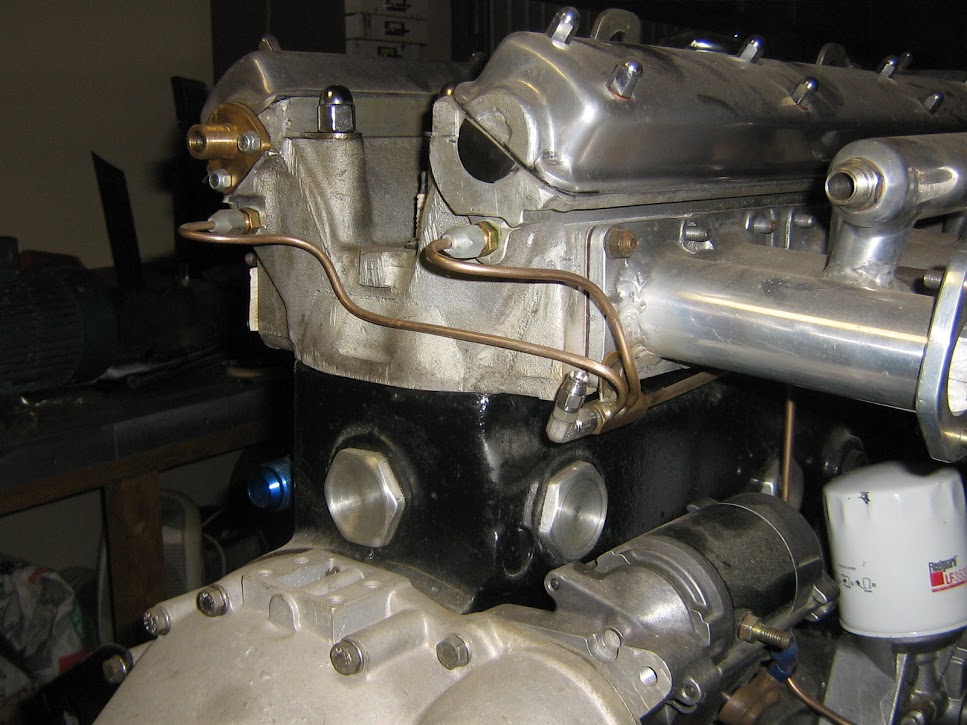 did you build and weld that lovely manifold peter?

Those are some VERY impressive core plugs!

Peter can you please give the details on the core plugs?

Yes John, my welding functional rather than “pretty” though.
Here is the " assembly" installed. 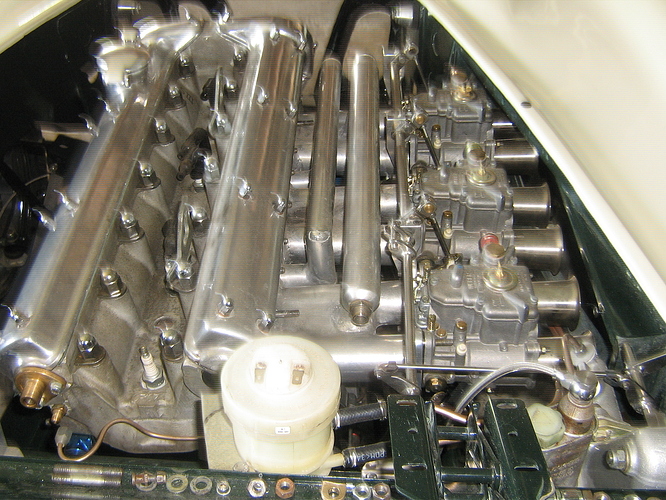 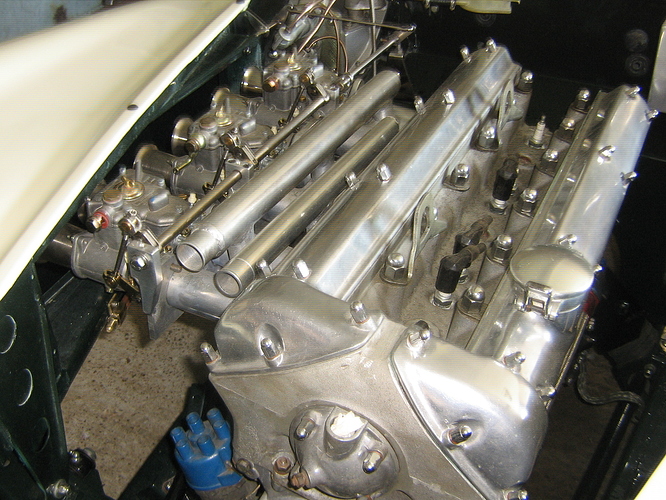 retd weld inspector here disagrees unless you have really hidden something. are those old dcoe 45s or ?

Or? Spanish I’m thinking John. Or better put “Made in Spain”.