Will this jaguar IRS fit my 89 xjs convertible

HI there is someone selling a jaguar IRS with outboard brakes and front suspension local to me, he said it was for a 80’s XJS but I know these where for the later years. Unable to verify what car they came off of, I was wondering if you guys can tell me if it will be a direct bolt-on for my 89 xjs convertible. Thinking of buying it and changing out all the suspension to have less down time in my xjs compared to taking the IRS out of my current car and then refurbishing it and putting it back. THanks 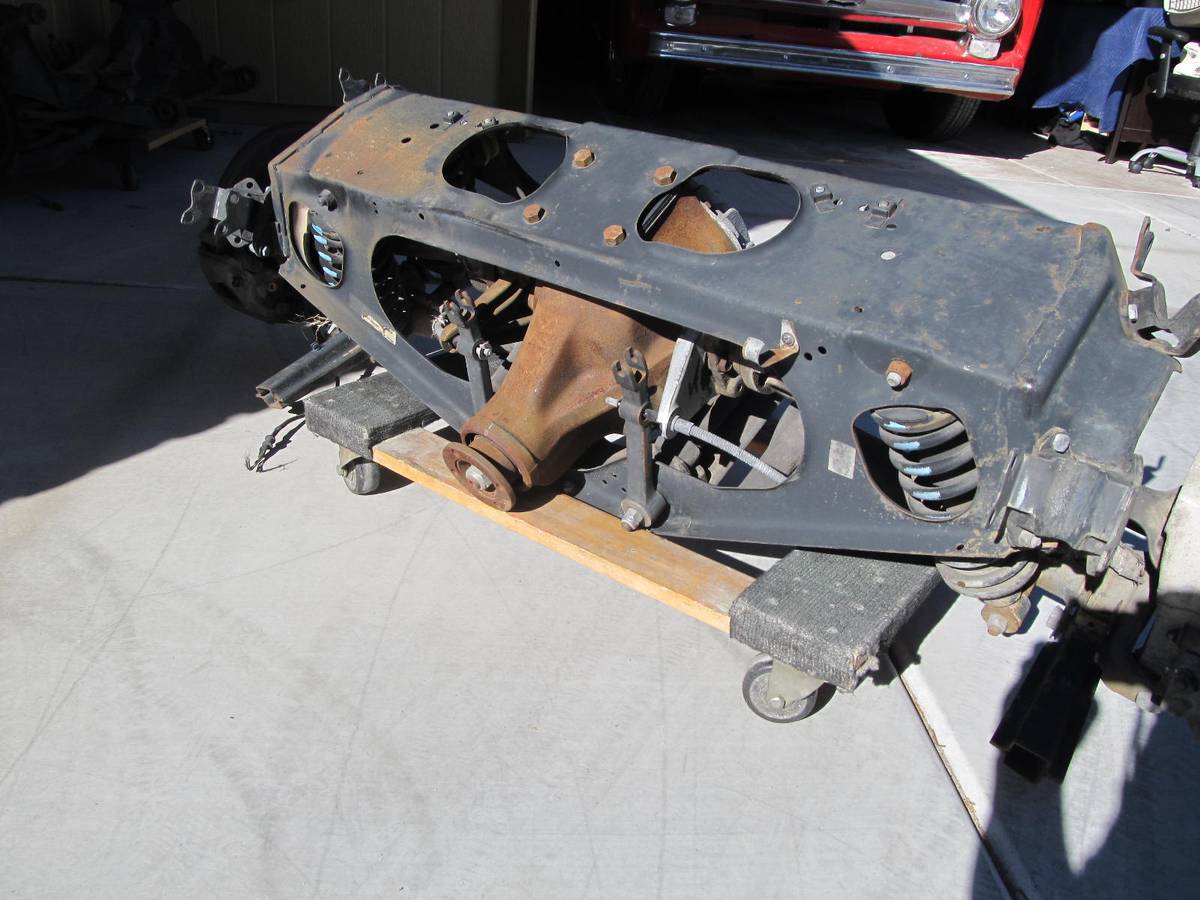 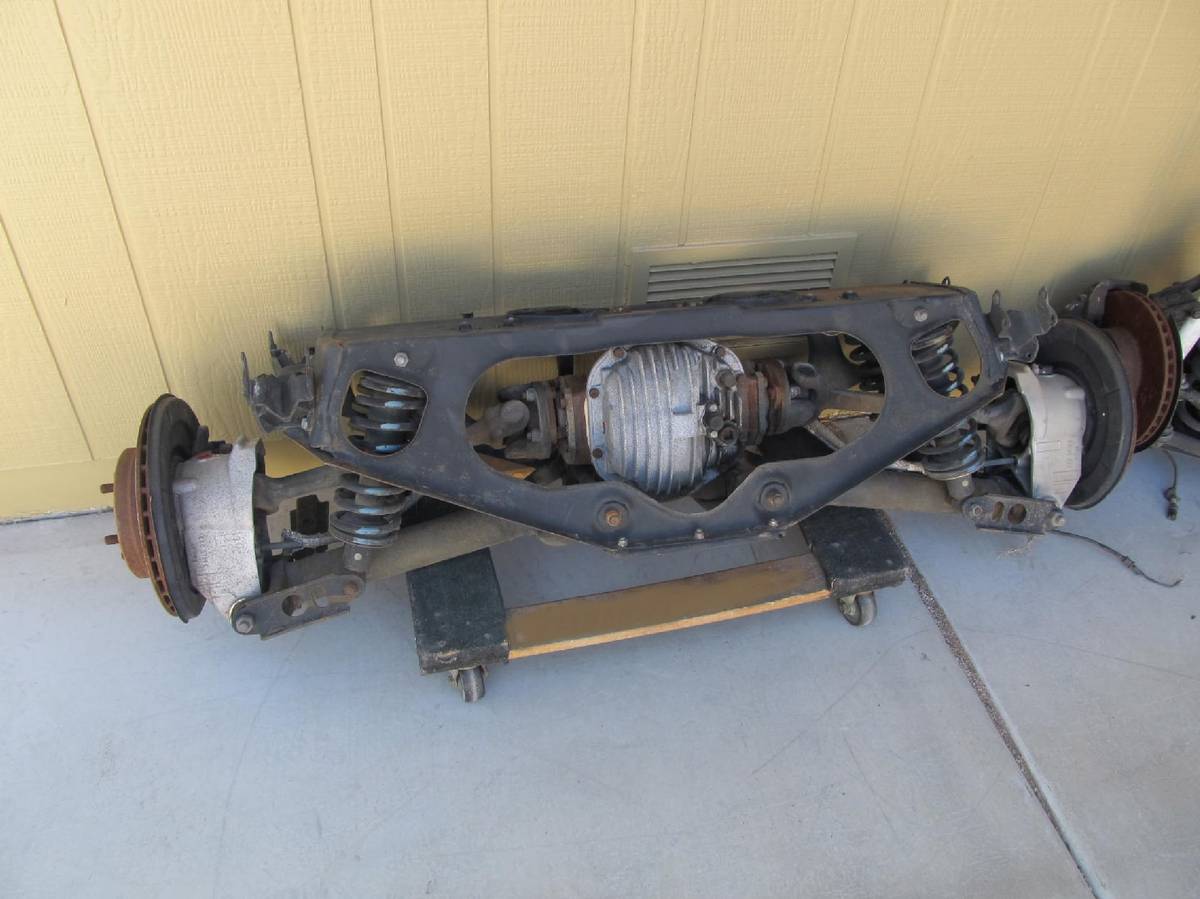 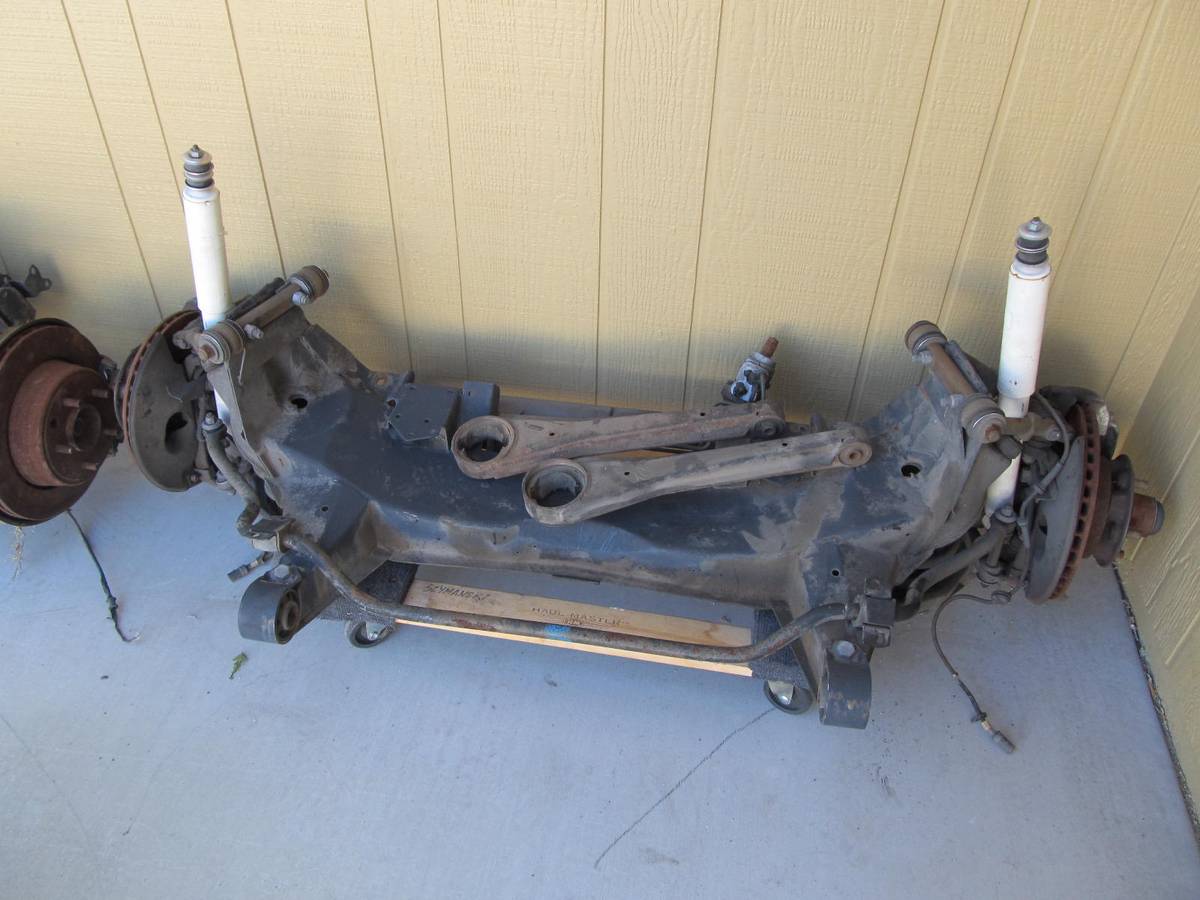 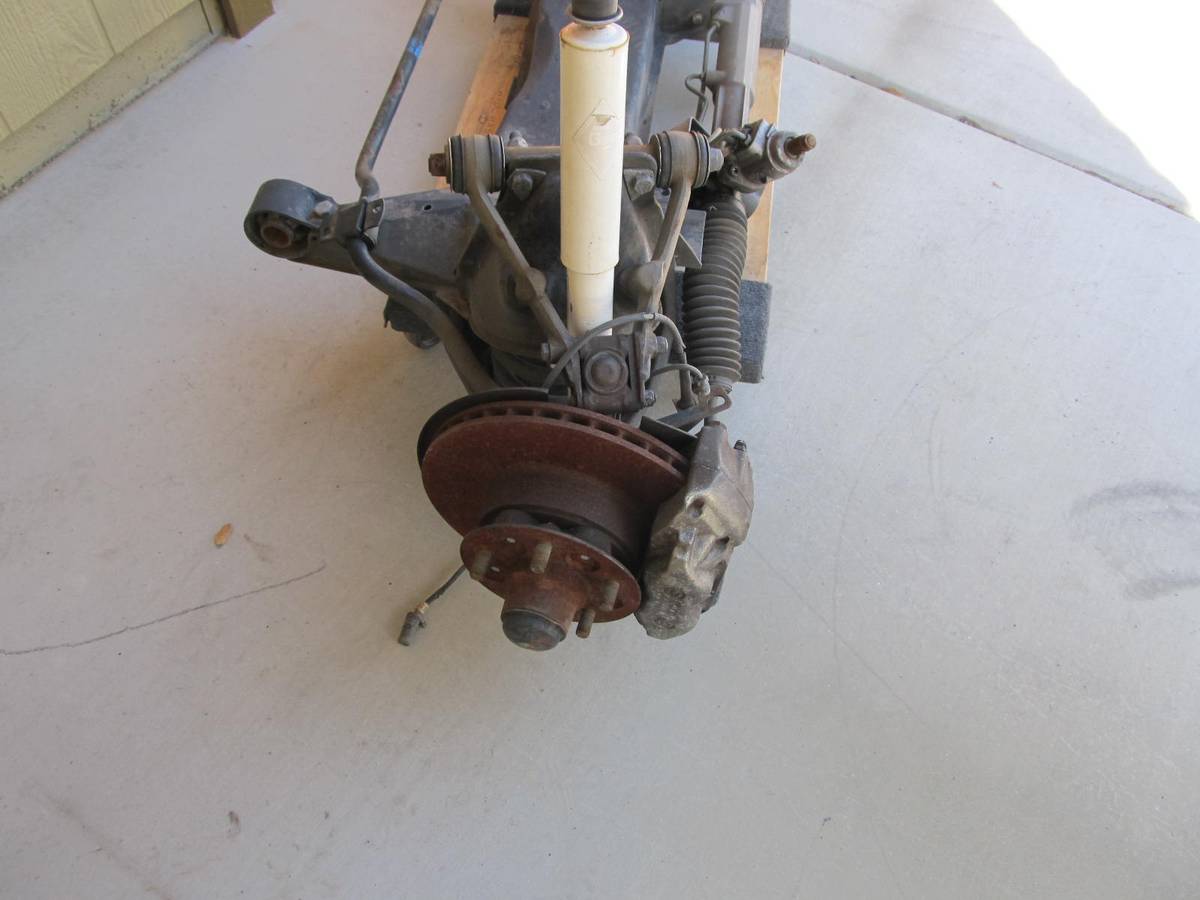 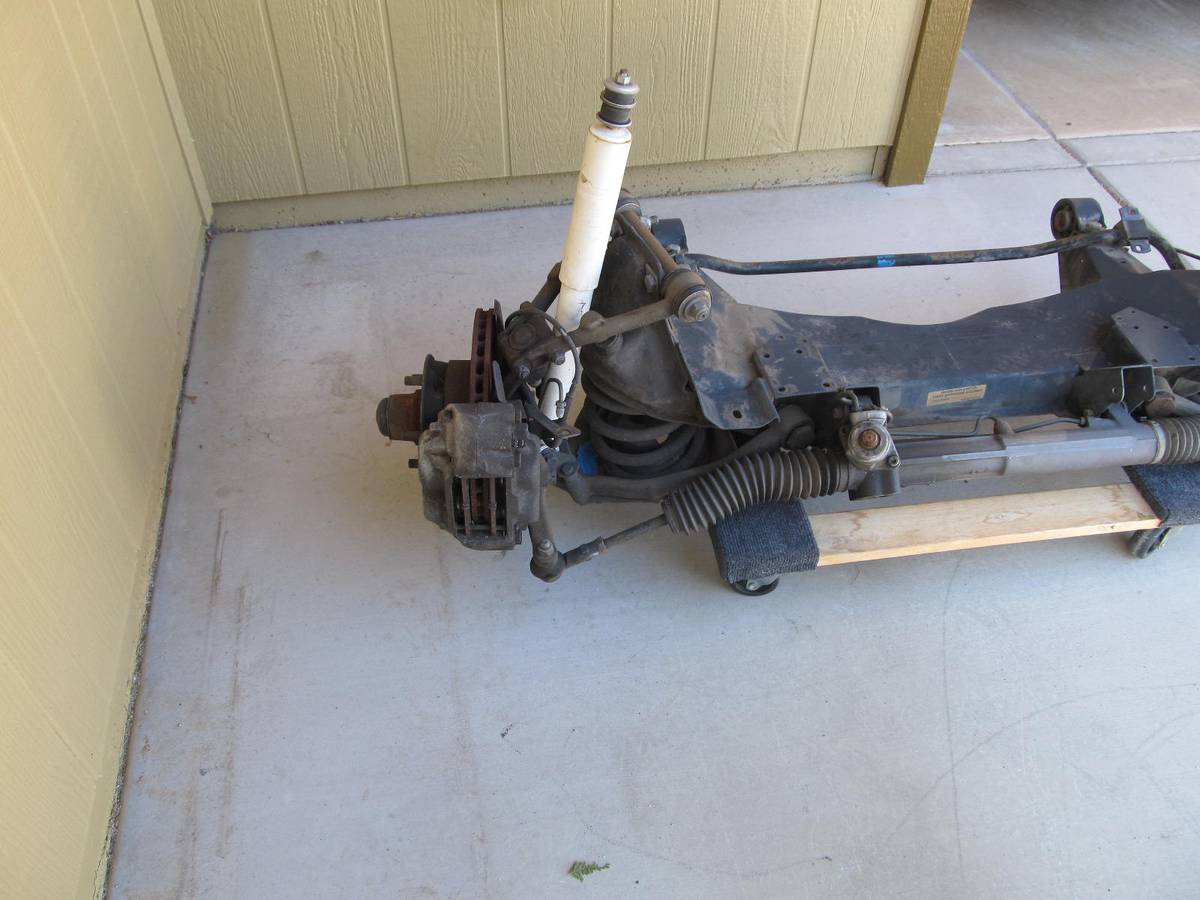 Yes, it should be a fairly simple bolt in job. I swapped a 1994 4.0 IRS into my 1992 V12 and the only differences that I had to deal with was fabricating the brake lines, and swapping the diff because of the higher ratio. I had the extra work of keeping my original cage because the donor had been sat out in the weather, and was in poor shape. This one looks pretty good.

Someone here has recently been refurbishing his IRS and has posted some how-to videos. Probably worth searching out.

Be sure to check gear ratio; your ‘88 would be 2.88, later cars with electronic shift control used 3.54 if I am not mistaken. Could be a good thing…depending on if you like the character of the car now, or want better acceleration at the expense of noise and worse fuel economy.

with electronic shift control used 3.54 if I am not mistaken

Steven,
The pictured IRS would be from a mid '95 thru '96 XJS because it has the vented outboard rear brake disks. This is basically a bolt-in with the exception that you do have to install a brake line from the left side frame rail to the right side frame rail. The reason is the '89 (and other pre-facelift XJS’s) have the rear brake line from the front to the rear on the left side, and the facelift XJS’s have that line on the right side. You do have to feed each caliper at each side via a flex line - so you will have to install a “T” brake line fitting on the left side, so that the line from the front can feed the left caliper and the brake line you need across the IRS cavity to feed the right caliper. You will have to install a brake line bracket on each side to hold the brake line connector to each caliper flex hose. I have the complete write up for my wife’s '89 XJS and pictures available if you want them.

Send me your email if you want my write up and pictures. This system will not accept .pdf files for upload.
AE

Cuz those later units are coupled with Transmissions that feature OD!!

If you choose to keep the 3.54 differential, you will have good performance, but gas mileage much worse than it already is. We chose to sell the 3.54, and rebuild the 2.88 for gas mileage and great highway cruising.

I went from 2.88 to 3.31 and the fuel economy dropped about 2 mpg at highway speeds. The change in city-driving economy is negligible, maybe .5 mpg

For me, the performance increase is well worth the fuel economy sacrifice,

It’s been years since I even broke 100

The 3.31 gears certainly change the personality of the car, though.

One day I’ll do the same, until then I’m stuck with my 2.88:1. Although she does have some nice torque at high speeds!

You are right Carl, Steven wants to put the outboard brake IRS behind the TH400 (no torque converter lockup or OD) three speed in his '89 XJS.

Hi Lockheed1
I am swapping IRS on 88 XJS V12 with a 95 4.0 for the 3.54 diff and outboard brakes.
It would be great to get your write up and pictures.
Thanks
Chris
email: adamxango@comcast.net 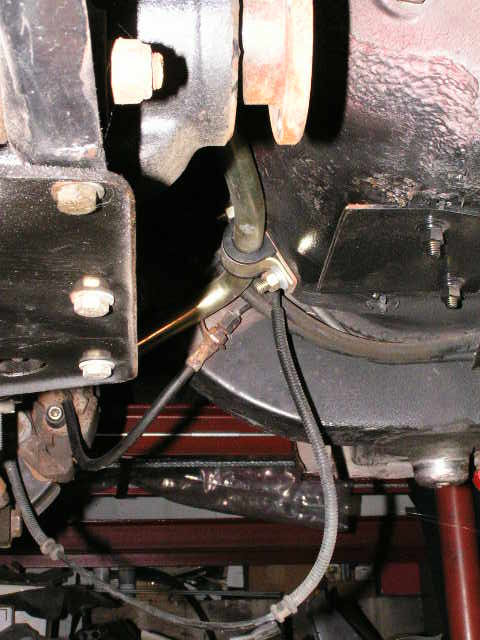 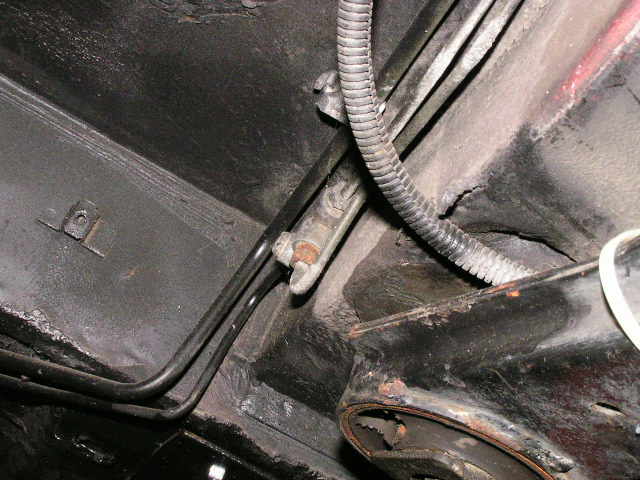 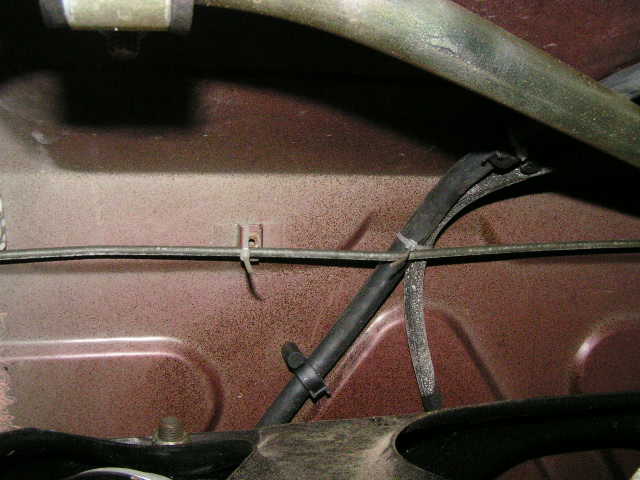 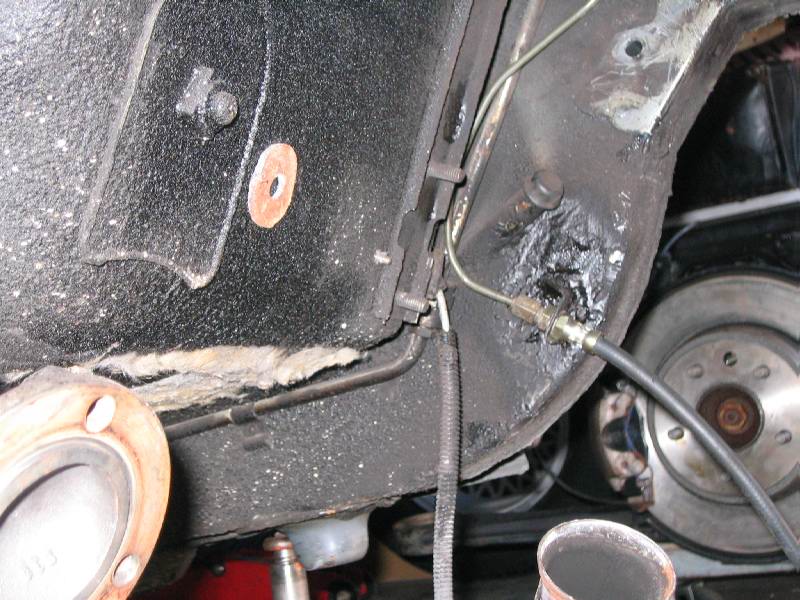 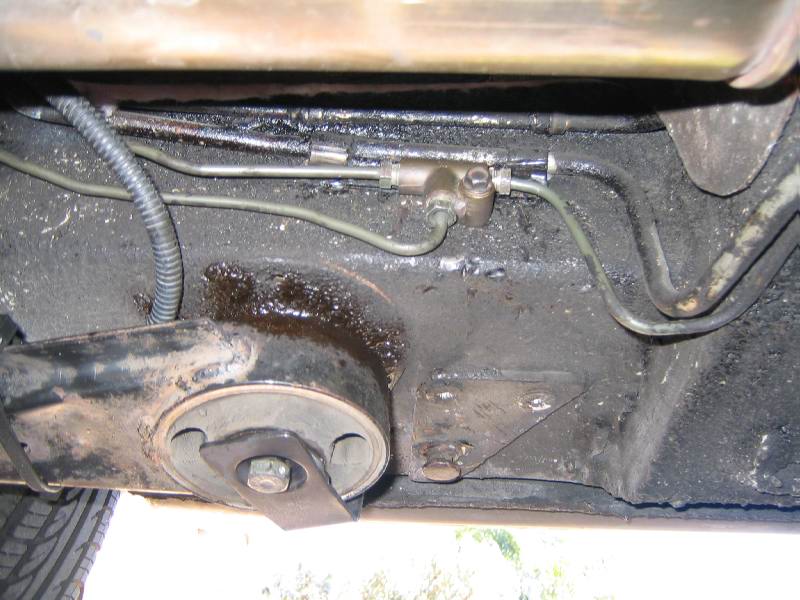 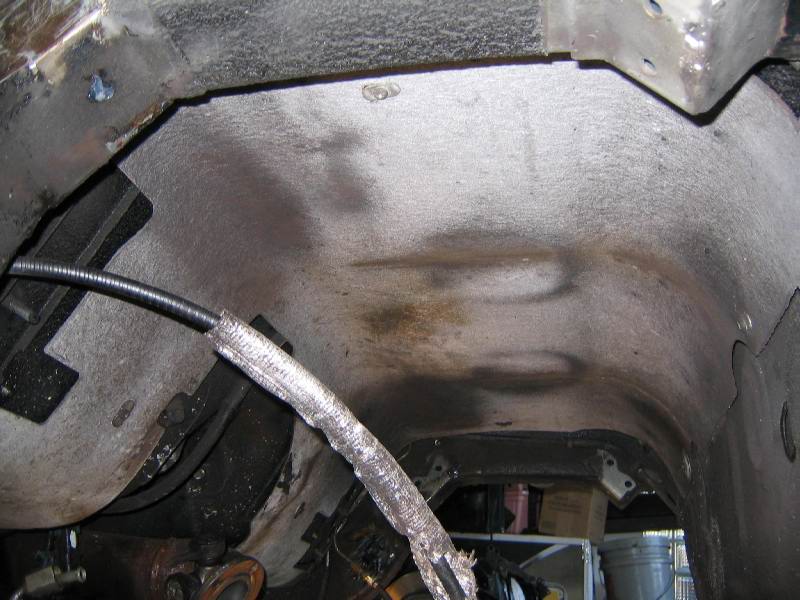 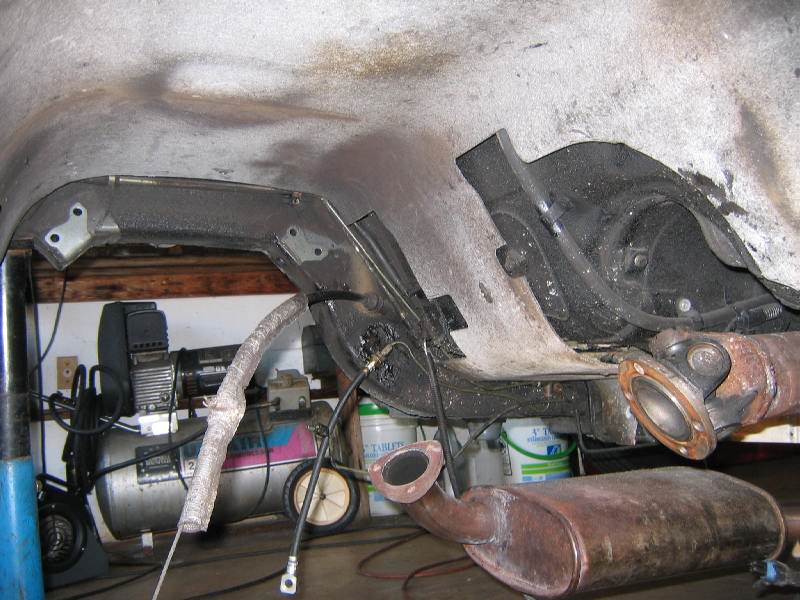 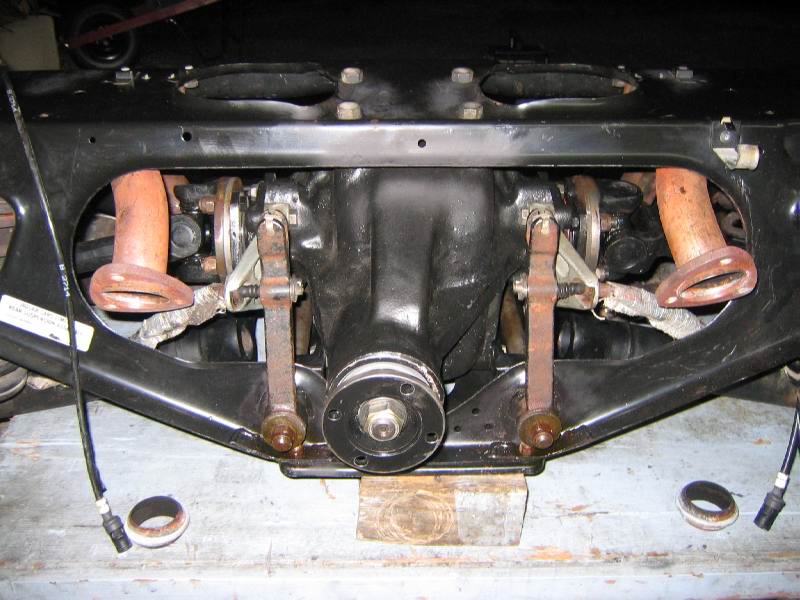 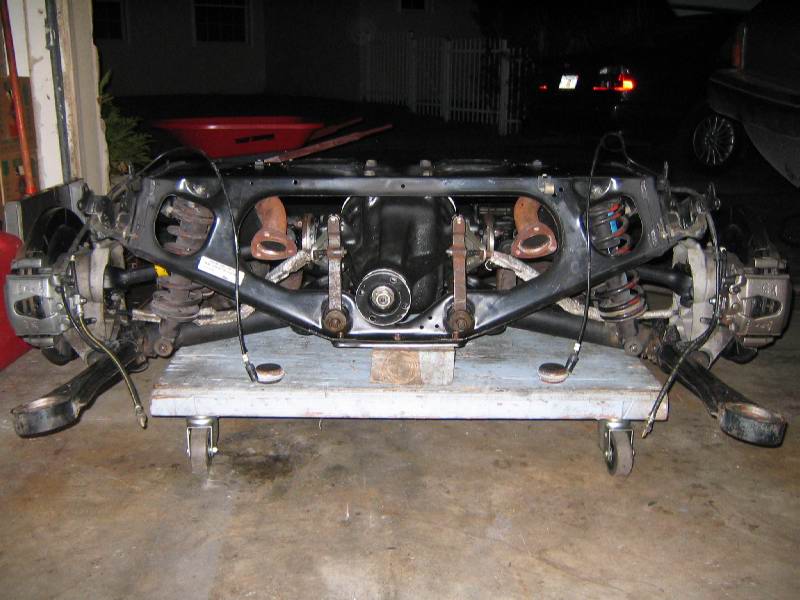 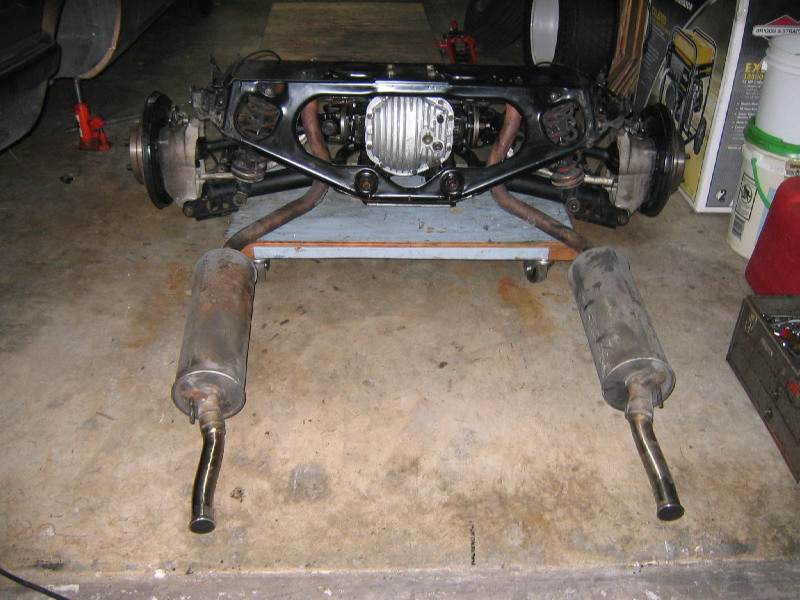 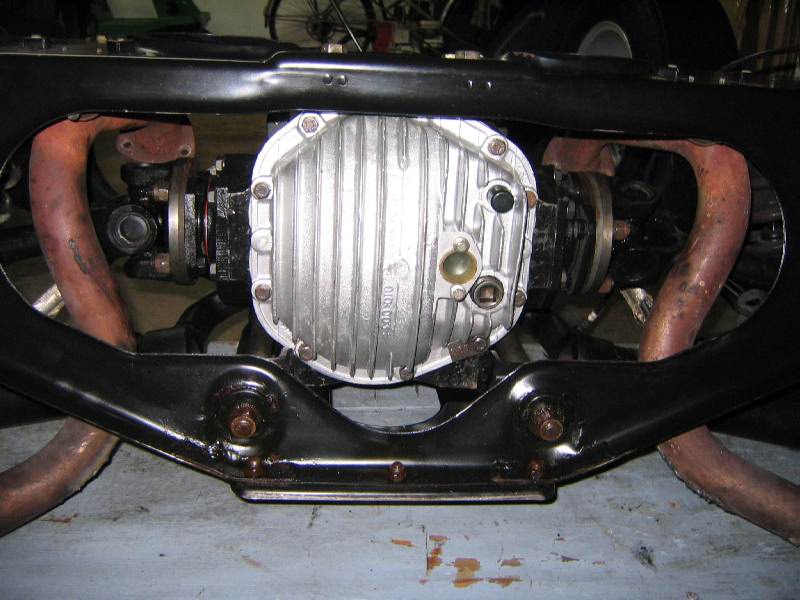 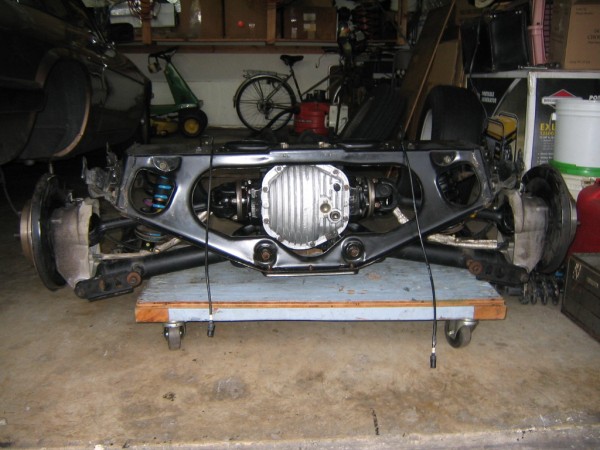 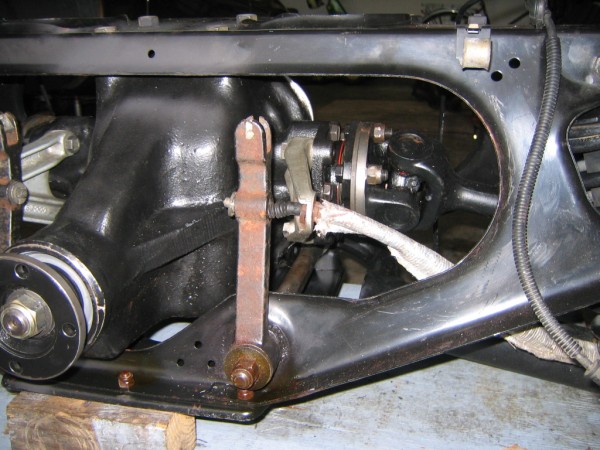 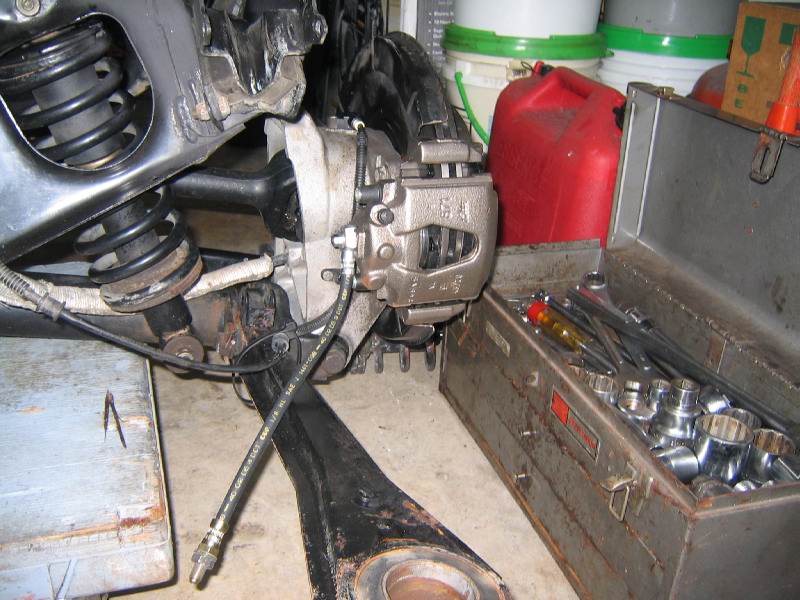 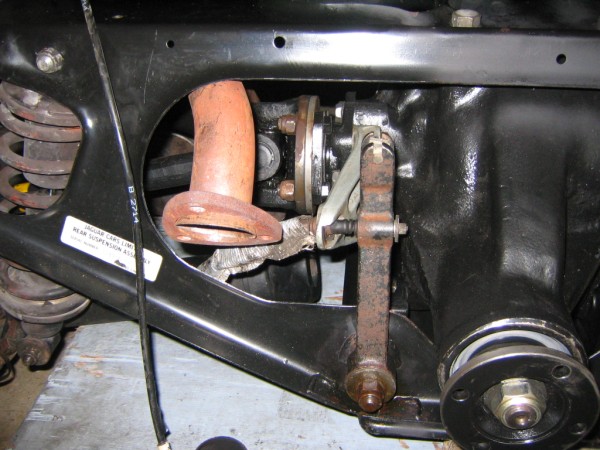 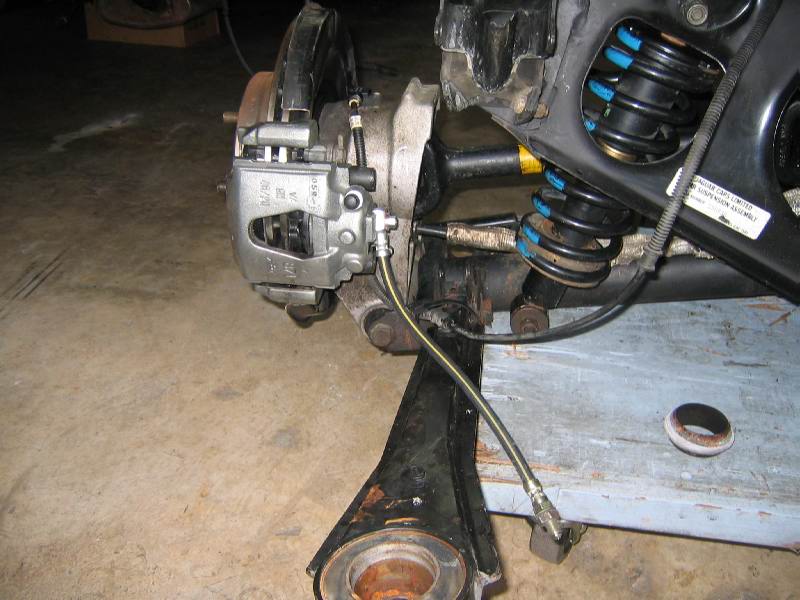 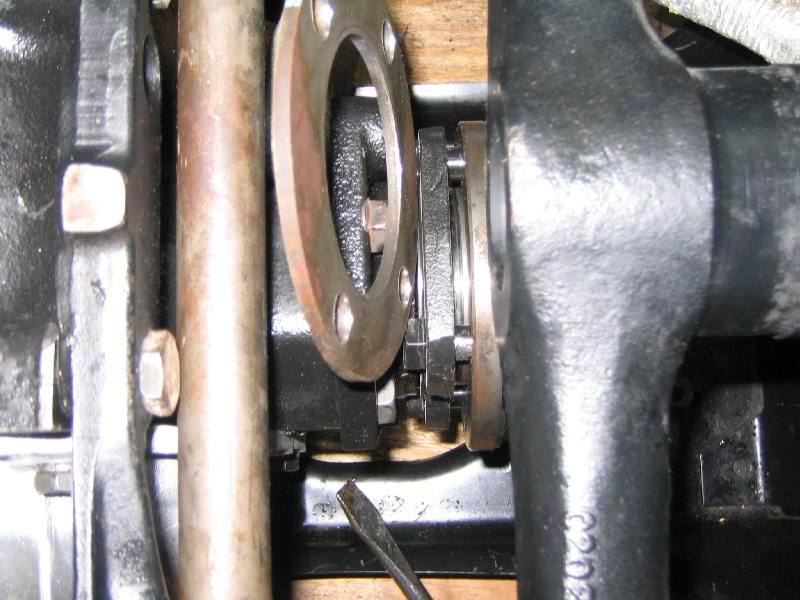 Thanks the pics are great. I’m not going to use the ABS so I will use the tee fitting from the 88XJS and run the lines out to each caliper.

I will have to make sure they are protected.
Thanks
Chris