Hey guys, I’m new to the car forum scene and I’m not sure how to start. I have an idea for a project car. I’ve always been in love with the Japanese style street racing look but I’ve also always loved jaguars my initial thought was to r34 swap a XJ6 but my buddy convinced me I should go with a 2JZ for price and availability. shortly after that I dumped the idea of swapping an XJ6 and decided I would rather swap a XJS. Other than the engine, transmission, and a few other small things like cosmetics and if this will even work, I haven’t put too much thought into this project as I still need to acquire and strip the car down first. I used to build unique cars like this with my dad growing up but have never taken on a project like this on my own.

another thing that I’m wondering, doing a full Japanese swap on a British car would be if I want to get one in RHD just for the cool factor and nothing more, I’ve also thought about just doing a LHD to RHD swap while I’ve got the car fully stripped but a lot of people I’ve talked to say that it would be easier to import a RHD model please keep in mind that I will have everything off the car before I would try to swap from left to right, but even then is it worth doing?? Or would importing still be the way to go I’m on the west coast if that helps at all.

is there a specific year or model of XJS that would be best for this sort of thing?

Thanks in advance guys

Welcome to JL.
There is a sub-forum here on lumped cars. Most of the questions you asked will have an answer there.

thank you so much! should I remove this post and move it?

Not an XJS, but uses the same engine.

I saw this one and was reading on it for a bit ima get back into it here in a min lol, one of my inspirations for this project was a drift car out of Oregon that was a XJ6 with the same motor also, I really liked his parts list and was thinking about following it (the drift car) thanks for the reply and help

one of my inspirations for this project was a drift car

You know of this one? 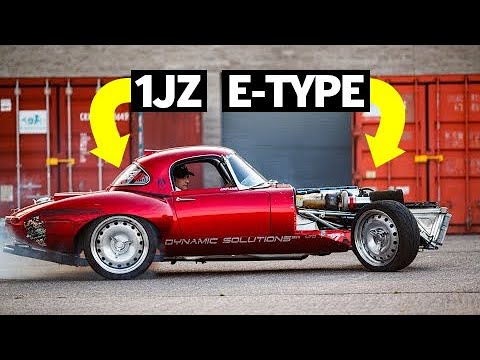 I will move it for you.
Best of luck with your project.