Don’t know if anyone has seen any of this guy’s videos? 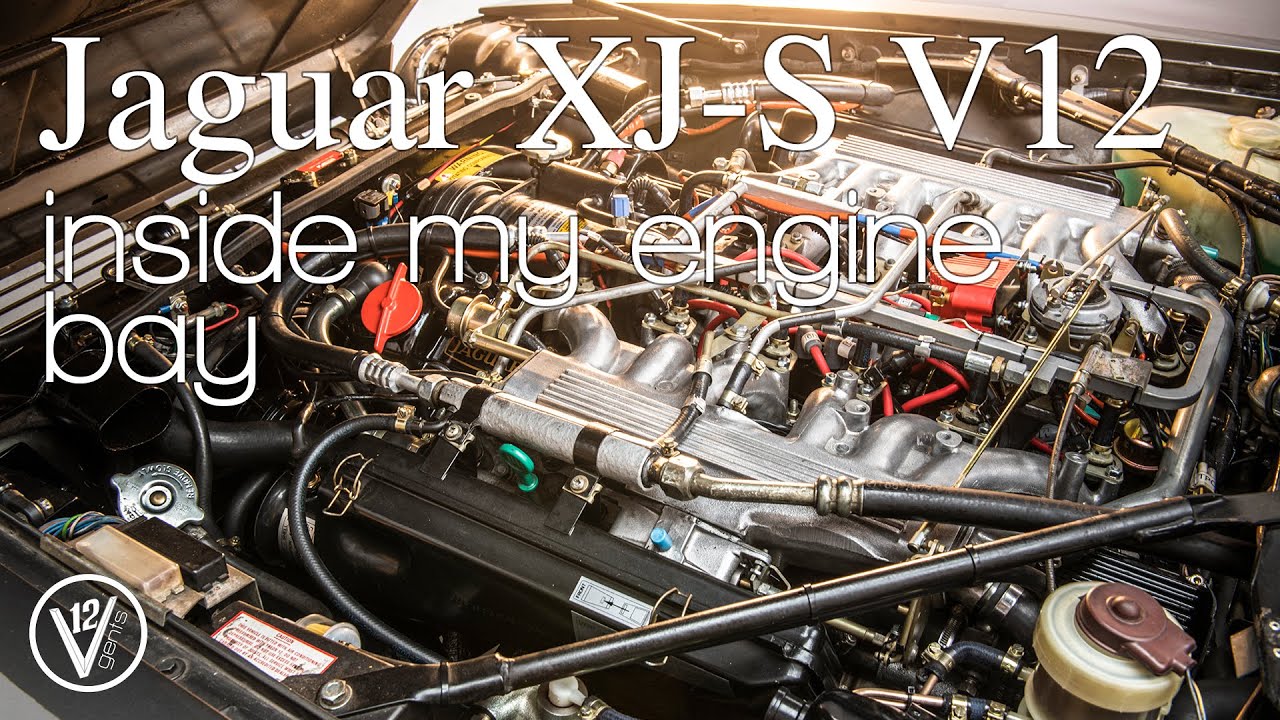 He’s a little boring for me and not as informative as others. The Living With A Classic guy has more how to content on You Tube. 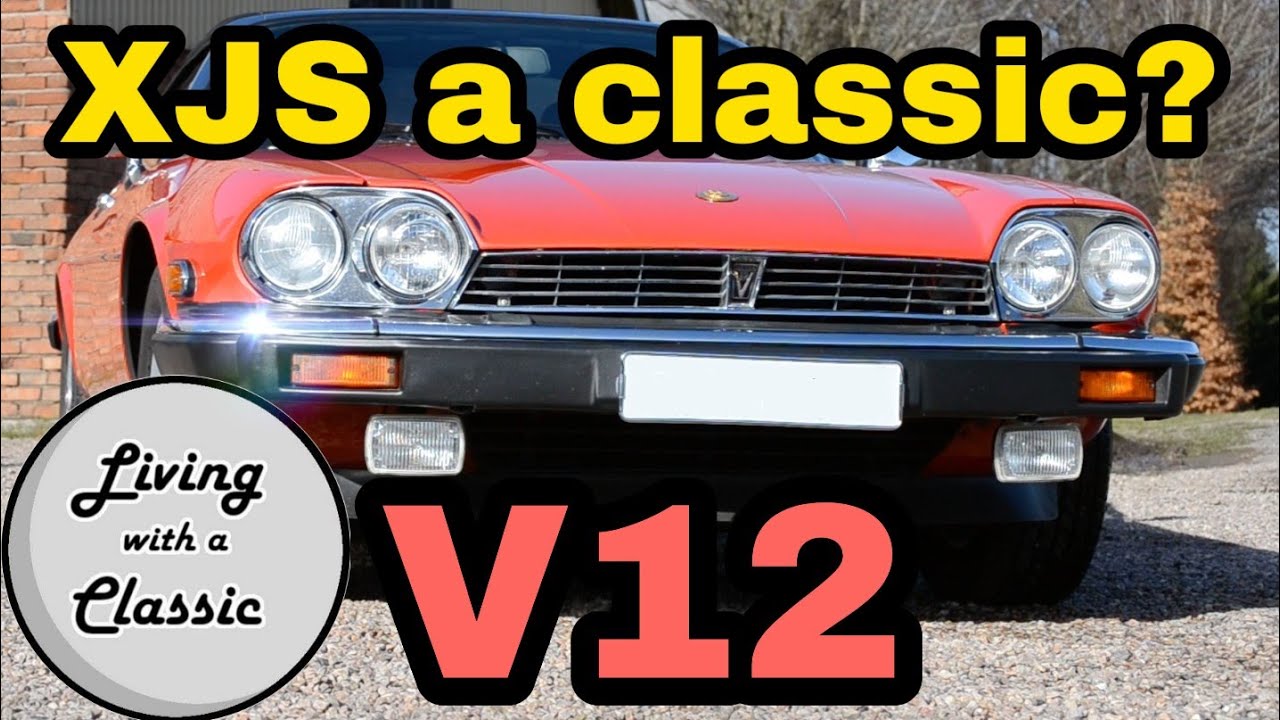 That guy has some videos of him driving his manual v12, looks and sounds amazing.

Seen it. When I have more money than sense, come on senility, I may get a manual.

This guy is pretty good! he kinda reminds me of Harry’sGarage. 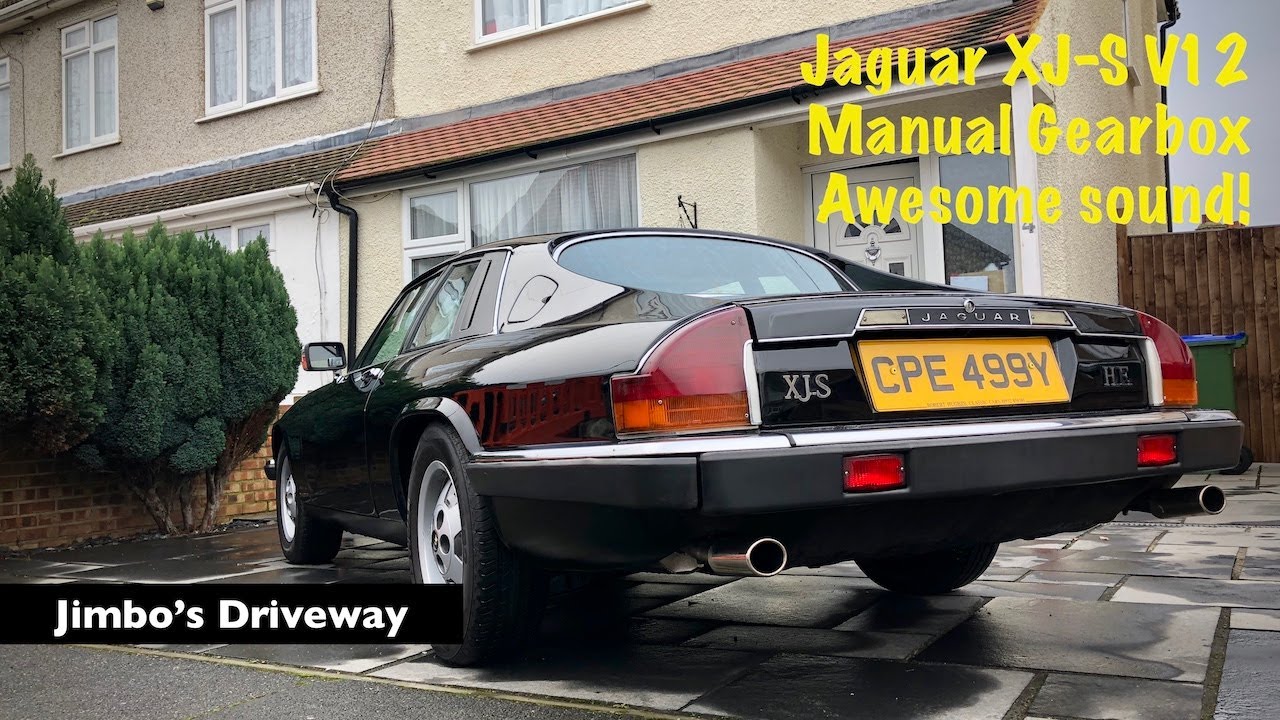 Harry has lovely manual conversion of an XJ12 coupe. Love the juxtaposition of Harry’s Garage and Jimbo’s Driveway.

Yeah, I liked how he kept the revs up and bouncing off of redline. Anyway I think the more content out there, the better it will be for price appreciation.

Below is a link to a very entertaining sales description of an XJS from Bill at Auto Europa. He does a great job describing the history and details of an XJS. Enjoy 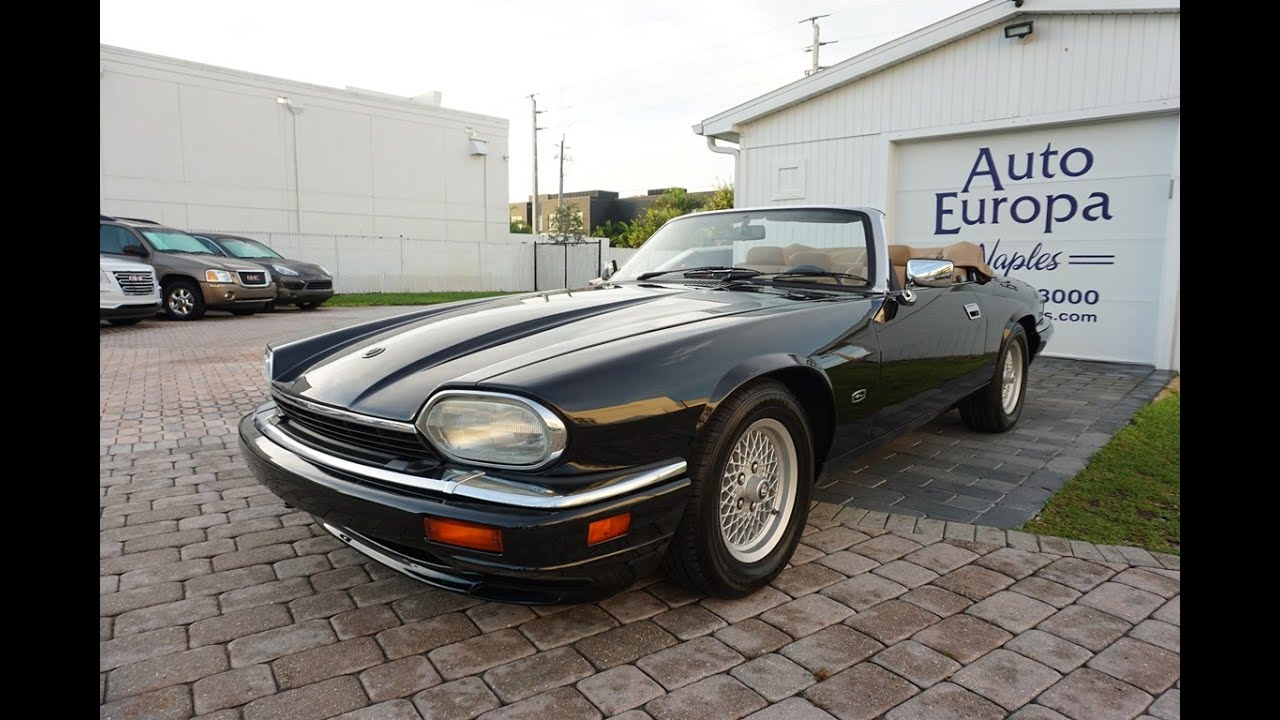 He uses Cabriolet and Convertible interchangeably, which is not correct.
Cabriolet is NOT just a fancy word for Convertible, at least in the Jaguar parlance.
The former is a XJS with non-removable targa-type structure, fixed rails above the doors and fixed rear quarter windows.

Something about his rambling and going’s on that rubs me the wrong way.

Could it be the sales pitch?

Probably so. That used car salesman speaking way is a turnoff. Who do you suppose his audience is? I can only think that he is speaking to people that don’t know anything about these cars, an enthusiast has no need for useless historical jibber jabber.

What’s strange is these car sale videos are never taken down. It forces me to do very specific searches. Searches sometimes return sale ads that are several years old.

The Google ad service is truly invasive and annoying. Do a search and three ads pop up first that have little or any relativity to the search.

The Google ad service is truly invasive and annoying

It has recently got a lot worse with YouTube. Many old videos have been reassessed for adverts without the owners knowledge, inserting them throughout the video. It’s very annoying, with the obvious promotion of their premium, no advert, subscription service.

Wow. Hadn’t thought about it that way. These old ads basically serve as a tool for extortion. That is the only purpose they serve. Obviously the car dealer doesn’t have a car in inventory for years.

Maybe they also tell the owner if he doesn’t pay them to remove the ad they will run it in perpetuity. Can you imagine getting phone calls and e mails for a car you sold years ago?

Couple of questions raised by that one … (1) looks like he removed his hood liner (although I see a sticker on the bottom side of the hood?) … I have thought about doing something similar with my droopy liner … Would not having a liner cause any issues (other than maybe increased engine noise)?

(2) I see so many owners that play around with their air intake horns, claiming they now have “cold air” intake … However some of those (not saying this about the dude in the video) seem to still suck air from inside the engine compartment. So, how is that “cold air” or any improvement over the OEM setup?

“Tom Bosley” seems to know his XJSes, but why does he mis-ID it as a “cabriolet” (and no, a “cabriolet” is not an alternative term for a convertible)?

Wish Superblack had that “powerful” of an exhaust sound, but I guess that’s due to the “custom exhaust” that the PO installed?

) surrounding the quad headlights done by the PO looks O.K., btw, but I would be worried that later on it will start flaking and/or peeling off, given that paint does not adhere to such surfaces very well/solidly.

Have to wonder how in the U.K. he was able to get the car to pass M.O.T. with quad headlights, as I thought they had to be the Euro style there. ?

Have to wonder how in the U.K. he was able to get the car to pass M.O.T. with quad headlights, as I thought they had to be the Euro style there. ?

As long as the headlamps function, are in the correct location, with the right beam pattern and intensity, they will pass the MOT. My quad conversion (also in black rather than chrome) passes the MOT a lot better than the Euro ones. The UK is not yet at the stage of mandating that all cars must remain in original specification with no modifications. I think the Swiss have that rule, and the EU may be going down that route as well.

I see so many owners that play around with their air intake horns, claiming they now have “cold air” intake … However some of those (not saying this about the dude in the video) seem to still suck air from inside the engine compartment. So, how is that “cold air” or any improvement over the OEM setup?

On the V12 there are really two stages to the intake modification. The first and simplest mod is to open up that intake trumpet on the front end of the air filter housing to reduce flow restriction. The second stage is to connect a flex hose to that and route it to someplace where it can suck cold air, typically the rear end of the headlight compartments. Technically the second is the only one that’ll provide cold air, but I guess somebody has been referring to the first one as a “cold air intake”.

The purpose of those trumpets is to reduce intake noise. The narrowed intake end accelerates the air to near the speed of sound, hence sound from the throttles cannot come back forward through it and out into the engine compartment. This works well, and Bywater argues that the trumpet is not really all that restrictive. However, everyone who has tried this mod will tell you all about the sound. At light throttle, it’s hard to tell any difference. Put your foot in it, though, and you are greeted with a wonderfully sonorous roar.

You can easily try out that mod. Simply remove the air filter covers, tie the filter elements in place with some wire or tape, and unscrew the air temp sensor, plug it back into the connector, and just tape it down somewhere so it won’t wander. Fire that mutha up and take it for a test drive. If you like the sound, you can make a more permanent mod by cutting off the trumpets, leaving a large hole.

Note that if all you do is remove the little plastic intake horns leaving the tapered metal intake tube, the performance will drop noticeably. Those holes are too small to flow enough air without the plastic horns.