Made a new Bonnet Cable Adjuster C.4443 & C.3880, as mine was missing. I checked the “normal” suppliers but prices are really “silly”, varying from 40 tot over 100 Euros!
I made this one myself for the devastating amount of 2 Euros. Yes, it’s not original and yes, it’s based on M6 threaded parts, instead of ¼ “ UNF, but it works well with the replacement cable (which I guess is thinner nowadays than the original cable)…
Now the question: where is the hole for this Adjuster post? It should be somewhere in a line from the screw that holds the cable and the opening for the cable at the underside of the heavy Bonnet Catch Plate. But I cannot find a hole in that direction, unless it’s one of the holes of the Angled Bracket that holds the inner wing. Anyone? 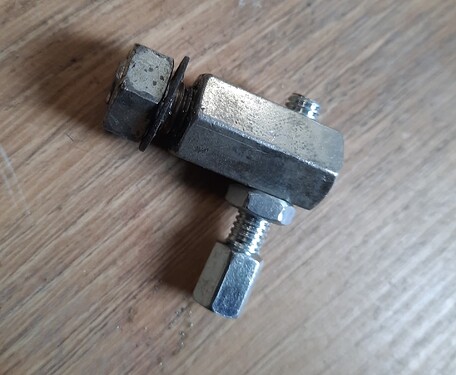 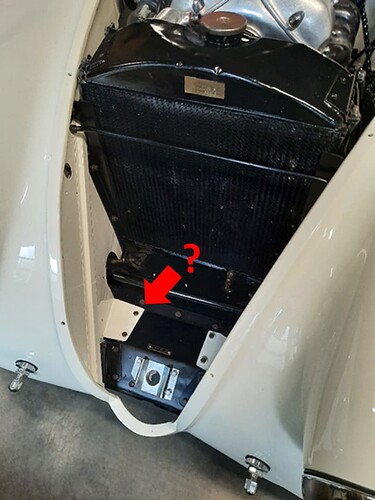 1952 FHC is located two more holes further towards the front of the car. This comes with a caveat. I cannot guarantee that the alleged restorer selected the proper hole as indicated by the screwdriver. 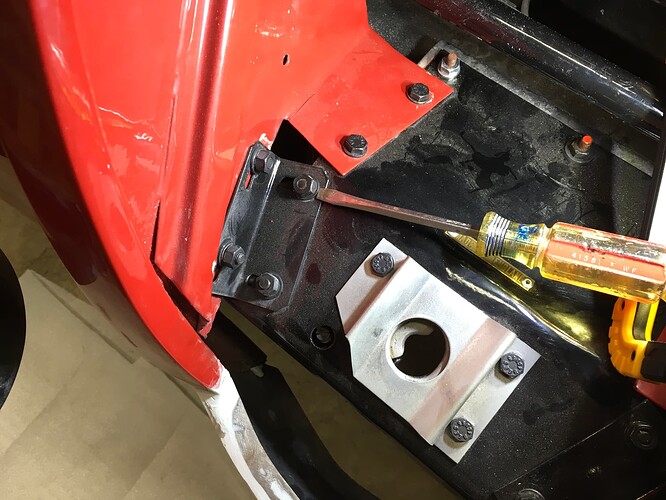 Thanks for your reply.
I made a stupid mistake when putting the arrow in the picture: I meant exactly the position you indicate (which is also visible on my photo when you zoom in).
I now also see that in your situation the nut is on top, meaning the post (stud) can be at the underside of the larger Bonnet Catch Bracket. In my case the head of the bolt is on top, which should be corrected.
I’ve attached a new photo with the arrow now at the correct position (I hope). 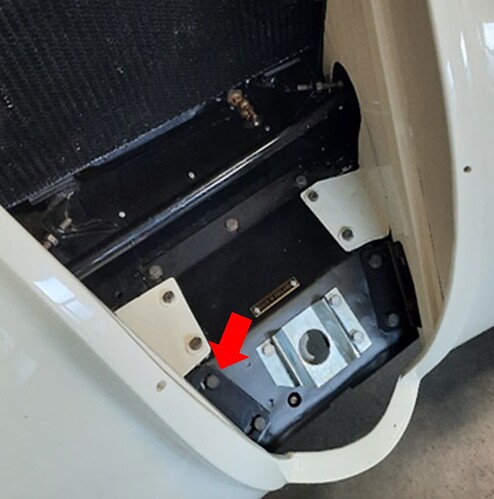 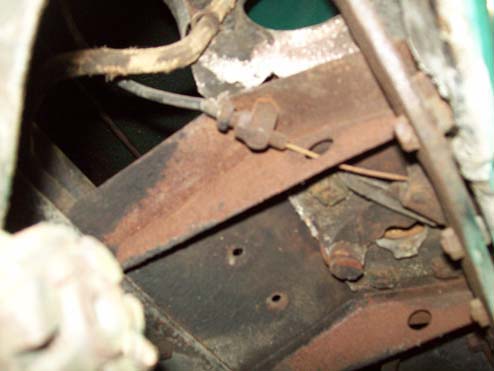 I’ve attached a new photo with the arrow now at the correct position (I hope).

Yes. That’s where it goes.

Thanks everybody. Case solved! 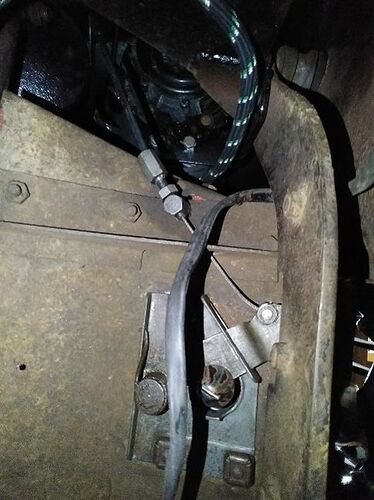 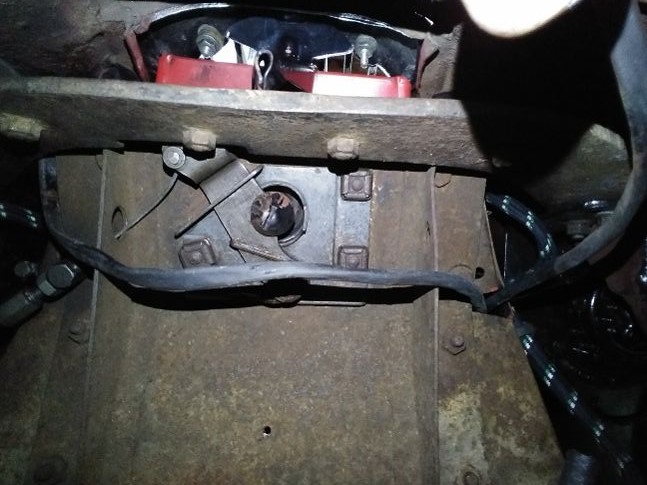 Yes, it’s all clear now. I couldn’t trace the extra hole required for the post of the adjuster, but it turned out that one of the bolts that hold the inner wings in place at the front, has a “double” function. Also nothing indicated in the various books (including Bernard Viart and Urs Schmid). See pic attached. Looks reasonably “original” (from a distance…). 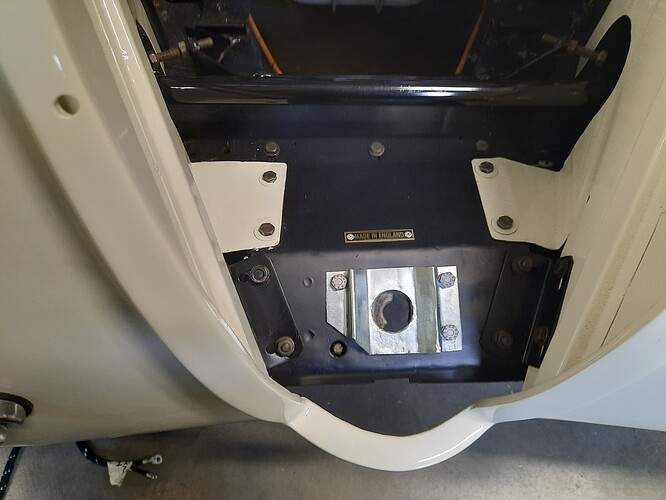