A discussion in the peanut gallery on a current BaT auction surrounds the use of the terms “XK-E,” “Roadster” and “Coupe” in America vs. “E-Type,” “OTS” and “FHC” in other parts of the world. One commenter made the point that Jaguar purists don’t prefer the former terms. While this is arguably a true statement today, from 1961 through at least 1967, we in the states likely would have disagreed.

I’m uncertain how many different brochures were produced in various countries, but I reference the 1961 spiral bound brochure from England, the 1961 multipage brochure of the full Jaguar line from the USA, and two versions of XK-E brochures of the S1 4.2 also from the USA.

It is my understanding the reason for the name change was the US marketing gurus felt that most Americans wouldn’t be familiar with the racing champions C-Type and D-Type, but knew well the XK-120, XK-140 and XK-150, which were imported to the states. Thus the decision to name the car “XK-E” for the American market. As for “coupe” and “roadster,” I’m guessing the terms were already in the American lexicon, and “OTS” and “FHC” sounded too foreign, not unlike “cabriolet.”

Note that, besides the owners manual, the only item with the “E-Type” insignia on the car at launch in 1961 was the horn push. As we know, on S1 3.8 cars, the badge on the boot said, simply, “Jaguar,” so renaming the car “XK-E” for U.S. buyers must have been relatively easy. When the S1 4.2 was introduced for the 1965 model year, the boot badge was changed to “E-Type Jaguar 4.2.” Thus, the cat was out of the bag, so to speak, though the brochure still called it an XK-E.

The confusion reigns to this day. At a concours just before Covid, two young men were whispering behind my S1 4.2, pointing to the boot. I asked if I could answer questions and one said, “My friend says this car is an XK-E, and I’m pointing out he’s wrong, it’s an E-Type.” We were able to diplomatically settle the discussion to their mutual satisfaction.

An interesting factoid: the English brochure spells out “open two seater” and “fixed head coupé,” specifically with the French “aigu” over the “e.” According to a Google search, in American English and in French, the word would be pronounced “koopay,” but the English would still pronounce it as “koop.” I’m interested in hearing how those across the pond and in other countries pronounce the word.

Anybody else have memories of Jaguar XK-E coupes and roadsters in your youth?

Deadman’s Curve, Little Deuce Coupe… I perfected my (American) English listening to WLS in the 60s.

I admit, I am completely biased. 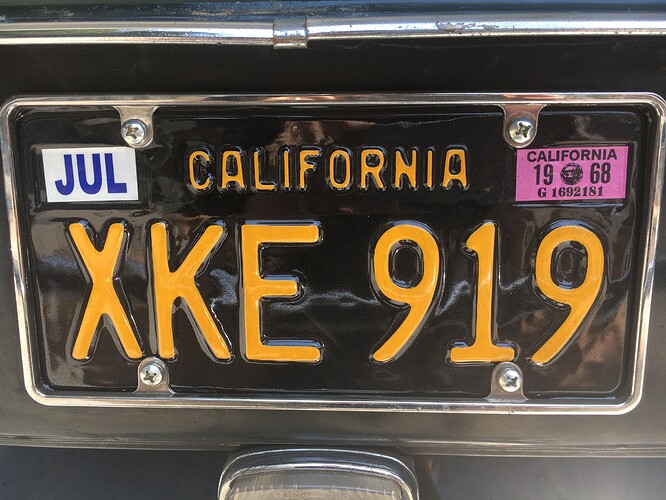 A rose by any other name…

Ultimately, what it’s called is essentially meaningless ( unless someone insists it is) because…it’s BEAUTIFUL!

Furthering the popularity of current lingo, we see the slick used car sites describing their “virtual inventory” as a “collection of fine motor cars.” Who in the heck (in the USA) ever called a sports car a “motor car?”

Who in the heck (in the USA) ever called a sports car a “motor car?”

SNG Barrett’s online catalogue refers to roadsters/OTS or Convertible (in US American, what we try to pawn off as English) as DHC’s. Drop head coupes…

Just to remind me that if I can’t figure out what car I have, NO way should bring any attitude!

Isn’t drop head coupe the official description of a convertible with wind up windows, and a true roadster has a convertible top with side curtains?

I think cabriolet is another name for DHC, or maybe a car with a partial convertible, partial hard top.

“She’s my little deuce cou-pay, you don’t what I got.”

Or my dyslexic version: 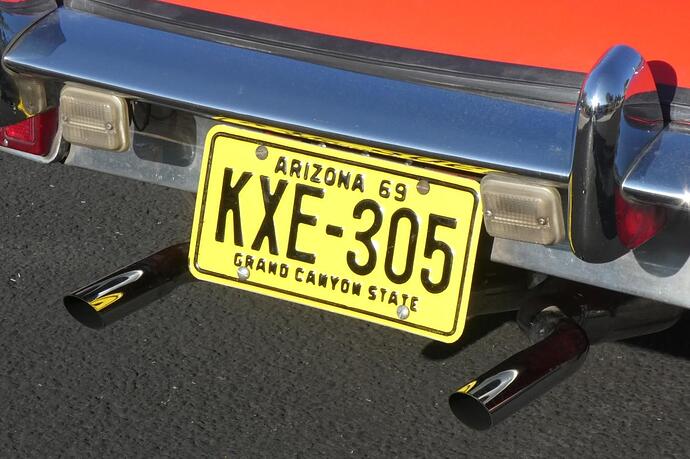 I am a member of the XKE generation being enthralled with them ever since 1965 when I got a model one for my 5th birthday. When I got into my teens and started reading the history I switched to calling them E-types since the heritage and similarities with the C and D-types is so impressive. I love that association in the name. Sometimes I still call them coupes and roadsters though.

I remember seeing my first S1 4.2 parked at my high school and being stunned by the “E-Type” insignia on the boot lid. I traced the owner to be a teacher and approached him about it. He was the one who told me that they were called a different name everywhere else but in America. This made me love the car even more. Oh, the mystique!

In its heyday in the USA I never personally heard it referred to as an E-Type. It was always “XKE”.

May it ever be thus

It was always “XKE”.

May it ever be thus

All hail the mighty Doug.

In its heyday in the USA I never personally heard it referred to as an E-Type.

I agree. Those that insist that the proper name is E-Type and only E-Type are engaging in revisionist history. Run a Google search and you will see numerous ads, put out by Jagaur, calling the car an XKE.

With it marketed as XK-E from the start in North America and something like 3/4 of all production sold to that market, it probably could be claimed that it is XK-E that is correct and E type is wrong.

Those that insist that the proper name is E-Type and only E-Type are engaging in revisionist history.

Thank you for that, Bob. This is precisely why I chose to write this thread. The thing that upsets me most about our hobby are the attempts at revisionist history, often by repetitive attribution.

it probably could be claimed that it is XK-E that is correct and E type is wrong.

Shall I send you my unused Nomex undies? A bit big, admittedly, but still…fireproof.

There has always been some confusion caused by the various names attached to E-Types. The factory called the E-Types “Grand Touring Models” and referred to the convertible as the ‘open car’, the closed car as the ‘Fixed Head Coupe’. The factory also called the convertible the ‘Open Two Seater’ or ‘OTS’ a name brought forward from the XK120. You will also find they used the term ‘Open 2 Seater’ and sometimes refered to the FHC as the ‘Hardtop’ as distinct from the OTS with a fitted Hardtop. The Jaguar factory never used the terms XKE or Roadster, both of which were introduced by Jaguar Cars North America to help with marketing. For completeness here are some definitions used by sports car manufacturers:

The Cabriolet and Drop Head Coupe names originally came from the horse drawn era and typically refer to a coach with seats and a retractable hood. The name Convertible also came into use.

Cabriolet : a light, two-wheeled carriage drawn by a single horse, with a folding calash hood of leather, seating two persons facing forwards, one of whom is the driver. It has a large rigid apron, gracefully upward-curving shafts, and usually a rear platform between the C springs for a groom. The design was developed in France in the early nineteenth century. Now used to describe a type of car with a quality folding roof.

Coupe : A 2 door, 2 or 4 seat car with a fixed roof. Its doors are often longer than those of an equivalent sedan and the rear passenger area smaller; the roof may also be low. In cases where the rear seats are very small and not intended for regular use it is called a 2+2 Originally, a coupe was required to have only one side window per side, but this consideration has not been used for many years.

Fixed Head Coupe : British term for a standard coupe with a fixed solid roof, as opposed to a drophead coupe. In cases where the rear seats are very small and not intended for regular use these are sometimes called a 2+2.

Drophead Coupe : As a coupe, but with a full convertible top. British terminology, and dropping out of use for most modern cars, though luxury British makes occasionally still use it.

Convertible : A body style with a removable or retractable roof and rear window. The convertible has roll-up side windows as contrasted with the roadster, which traditionally does not.

Roadster : Originally a two-seat open car with minimal weather protection; no top was provided, neither any side glass. In some cases an optional hard or soft top might be offered, along with side curtains, but there was no side glass. In modern usage, the term is often used mean simply a convertible two-seat sports car, similarly to spyder.

Spyder (Spider) : Similar to a roadster but originally with even less weather protection. The term originated from a small two-seat horse-cart with a folding sunshade made of four bows. With its black cloth top and exposed sides for air circulation, the top resembled a spider.

Barchetta : Italian term for a roadster.

Targa : Porsche trade name for a car with a removable roof centre section

Surrey Top : Similar to the Porsche Targa top, the Surrey Top was developed by Triumph in 1962 for the TR4

T-Top : As Porsche had copyrighted the ‘Targa’ name other manufacturers used this to describe their similar system