At a Concours this past weekend I was told by the judges that my horns were not loud enough and not the right tone.

I reckon they were probably just plain wrong, old half-deaf guys, or maybe trying to wind you up. Demand a “honk-off” next time

As you found, getting them apart is very difficult

I notice many “rebuilt” horns have nuts & bolts

So I shot a video of just the low horn and then I re-attached the high horn and shot another video of both of them together. I have to tell you that it sounds plenty loud to me and I can hear the oscillation between the tones of both horns, hopefully that comes across in the videos. Let me know what you think.

Sounds equal, they’re loud and the one you adjusted was already very close to full amplitude, I think everything is fine and it’s just the judges!

Hi Ken, thanks for the videos. On my XK140 only the low horn works. Your videos however convinced me to not bother fixing the high tone but rather replacing both horns with windtone horns. I want my horns to be really loud. They should alert another car 30 meters from me driving at a 80mph on a highway. The XKs are small cars and might easily be overseen. Without a lot of crumple zone I will feel safer with very loud horns.

Question: Almost all windtone horns I have seen have just one wire. Earth is provided through the mounting. Is it better to have two wires on a XK (or, how good is earth from frame to chassis)?

My Windtones have two wires. One is always connected to negative power, the other connects to ground positive through a relay. The horn button on the wheel operates the relay. 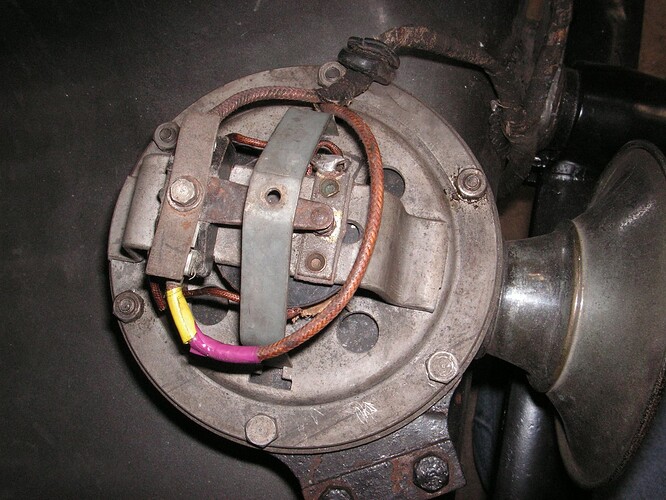 There are some (look for zinc diecast) knockoffs on ebay that are supposed to be really loud. They don’t say Lucas, it’s just the tried and tested design. Would be a nice extra loud horn. Anyone who has tried them?

Haven’t tried them but what is the Ebay link so we can check them out? 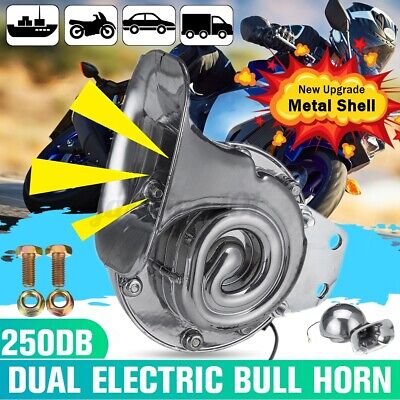 I recently sold 2 original Windtone horns to a local fellow

I do believe I have another set somewhere, I will look around

I also have the later HF1748 items

My Windtones have two wires. One is always connected to negative power, the other connects to ground positive through a relay. The horn button on the wheel operates the relay.

If you’re referring to the Lucas horns for the late XK 120 (FHC and DHC only) or XK 140 then you have the HF1748.
You’ll find more info here, including the adjustment of these horn types.

These devices have a condensor inside

each wire is black plastic, covered by tan cloth

They work (very loudly) when connected up either way

Is there a reason they would be?
The core is just iron, not magnetic like a speaker, and the coil attracts it and lets go for each cycle.
The condenser shouldn’t be polarity sensitive, that would leave you with point wear.
If you connect them as they were they will work and be just as they were connected before; if you swap the wires they will last longer as the other side of the points will now wear more. I don’t see how you can lose.

Regarding the condenser: the earlier Lucas HF horns (ALTETTE HF.1234 and 1235) didn’t even have a condenser, it was merely added across the points to “prevent excessive sparking” as Lucas describes the addition of condensers for the new range of High Frequency horns HF 1746, HF 1747 and the better known HF1748.
The Lucas “Windtone” horn type never had a condenser (as far as I know).

Thanks gents for the speedy response

I was referring to HF1748 horns in particular

@davidsxj6 you have an early XJ6, so it probably has the rivetted horns same as a 420G, mine have never worked, nor any that I have collected.

Drilling out the rivets is an effort, I am undecided what to do

you have an early XJ6, so it probably has the rivetted horns same as a 420G, mine have never worked, nor any that I have collected.

I drilled out the rivets of my 9H horns and self tappers to put them back together. I know your horns are different but I have read the older manuals as well.

I rebuilt mine, if you don’t have German neighbors you should be able to fix them easily.