XK on a cruise ship

Last year my son and his wife had a opportunity to go on a cruise ship for a week. So they booked passage on a huge cruise ship called Harmony of the Seas.
They went on the cruise and had a lovely tour of some of the Caribbean islands.
Well, two days ago, we finally all got together and they showed us some pictures they took last year while they were voyaging aboard the ship. He has some sort of an adapter cable which can display images from his iPad on our tv screen.
Here is the very first picture they showed us, showing a place called the grand promenade, inside the big ship. 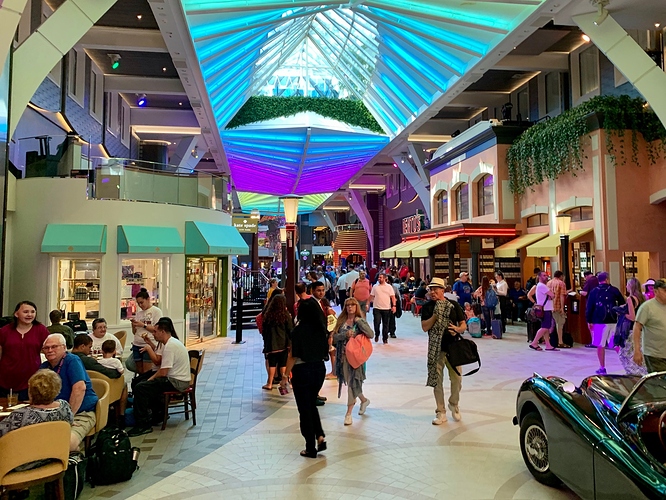 By luck they had captured a partial image of some sort of shiney green convertible sports car parked on the deck of the grand promenade.
My son, having little interest in cars, and apparently forgetting about our XK140 which has been sitting in the garage or in our driveway since well before the day he was born, said he thought it was a MG.

After viewing many other pictures, including several images of the Robot Bar, where all drinks are mixed up and then served by robotic arms, this image came up 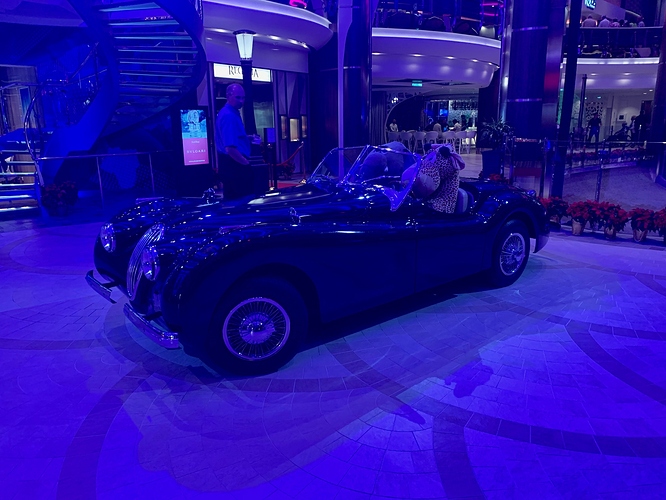 Sure looks like he took pictures of an XK120 on display for vacationers onboard the big ship to enjoy looking at.

Something about the wheels doesn’t seem right, so perhaps the car is a replica, but still, someone, somewhere, decided to make the inside of the beautiful ship look even nicer by displaying this cool looking car.

Doesn’t seem like a boat, more like a shopping mall, but I guess it brings in the money.
Grille, front bumpers and hubcaps all suggest replica, but as fine art it works for me. For short drives only I guess. Wonder how they got it in there?

How to spent…boatloads of money, to spend time with 3000+ of your closest friends, and never be far from a mall.

Cuz, on vacation, you can never be too careful.

We went on Mega ship early last year with 6500 passengers. They had a Auburn in the Atrium. The larger the ship, the more stuff to do and see. I still prefer the smaller ships. 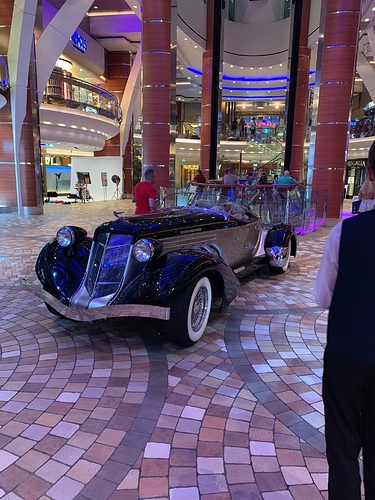 A fake Auburn, but still pretty!

The XK120 also looks fake (like EVERYTHING in Las Vegas) especially the wheels and chrome parts.

But still a nice atmosphere,

But still a nice atmosphere,

If that atmosphere suits one…sure!

The single cruise I was on–and likely my last—there was a real Rolls-Royce. I was kinda amazed it was a real one, but there are not many fake Rollers around.

Except for one of these, virtually indistinguishable from the real McCoy… 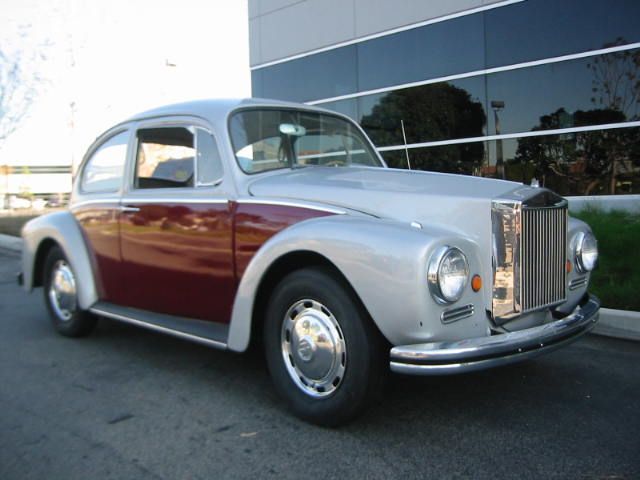 Sporting the royal colors of Royal Ostentation Burgundy and Revolution Long Past Due Silver, I’d say… Yep. That is the car I can see the Queen speeding away in.

I think even the giraffe is fake.

That is the car I can see the Queen speeding away in.

…only if someone installed a well-breathed-on 2180…

The fake cars are quite fitting in the environments pictured here. Fake cars and fake ships. Having had a career in the operation of actual ships, I have contempt for that term used to describe any of the 20 story Petri dishes out there with multiple thousands of people aboard them. 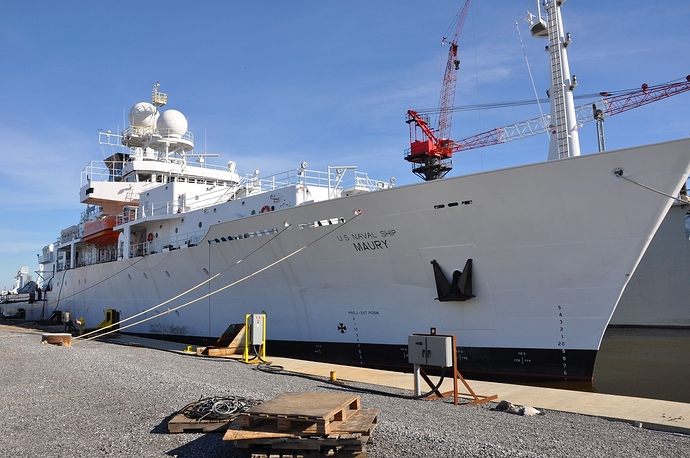 20 story Petri dishes out there with multiple thousands of people aboard them.

The USNS Maury was designed to perform acoustic, biological, physical and geophysical surveys. The vessel will provide the U.S. military with essential information on the ocean environment.
From the internets,
Mike Moore

Yes, Great x 4 Grandfather. https://en.wikipedia.org/wiki/Matthew_Fontaine_Maury I got to see his statue on Monument Avenue in Richmond, VA when the JCNA had an event there. I also went to his grave where he is buried between between Presidents James Monroe and John Tyler in Hollywood Cemetery in Richmond, Virginia Most of the smarts in the family got diluted by the time they got to me…

UK navy vessell that sailed the world with an E type Jaguar on board supplied by Jaguar; boat may have been HMS Jaguar

HMS Jaguar (F37), was a Leopard-class Type 41 anti-aircraft frigate of the British Royal Navy, named after the jaguar. Jaguar was the last frigate built by William Denny and Brothers for the Royal Navy. Unlike the rest of her class, she was fitted with controllable pitch propellers. The main armament originally consisted of two twin 4.5 in guns Mark 6 plus one twin STAAG mounting, which was soon replaced by a 40 mm gun. She was refitted in the mid-1960s, replacing the Type 960 long-range air w...

It would be amazing if a military ship had the room to tote an E-type around for decorative purposes. On the other hand, the liner RMS Queen Elizabeth displayed a 1967 E-type for years until the liner was retired.