Hi,
I am getting close to the installation of the hood on my 120
DHC. The woods have been repaired or replaced and the frame
is in place. I saw some documents on Charles’ site a few
years back
but I cannot get access to them anymore. Charles or someone
else, could you help me with this process?
I will soon post new pictures of the car.
I also recently put the windshield in place and it has been
much easier that I expected from previous posts.–
Jean-Francois Huguet EType FHC 63 XK120 DHC 53
–Posted using Jag-lovers JagFORUM [forums.jag-lovers.org]–

Jean-Francois;
If you can stand to wait on the postal snail, I’ll burn you a
CD of the three sets of instructions and photos (each builds
on the previous)…
Zap me your postal mailing address (off-list) and I’ll get that
going… (Monday is a US Postal Holiday)
Charles #677556.----- Original Message -----
From: “J-Francois” jfhuguet@free.fr
To: xk@jag-lovers.org
Sent: Sunday, September 04, 2016 12:33 PM
Subject: [xk] XK 120 DHC hood installation process and pictures

Hi,
I am getting close to the installation of the hood on my 120
DHC. The woods have been repaired or replaced and the frame
is in place. I saw some documents on Charles’ site a few
years back
but I cannot get access to them anymore. Charles or someone
else, could you help me with this process?
I will soon post new pictures of the car.
I also recently put the windshield in place and it has been
much easier that I expected from previous posts.

I am in the process of renovating an XK120DHC chassis number 667247.
I have seen a lot of XK’s over the years and have been involved in the restoration of several XK120DHC’s.
But this car has had a couple of bits I hadn’t seen before
these 2 tapered pieces both showing signs of body colour paint the mount with 3 fixings to side of rear parcel tray presumably with self tapping screws given the size of holes.
20170504_171616.jpg768x1024 217 KB
s.
Has anyone seen these before and what are they finished in body colour or hood lining material or vinyl?

then there are a pair of 1/8 inch metal brackets once again painted in body color that the hood clamps mount to I have only seen one set of these previously on a very late LHD car.
PB230312.jpg768x1024 138 KB

Ideally I would love to get a picture of a car with these items in place? 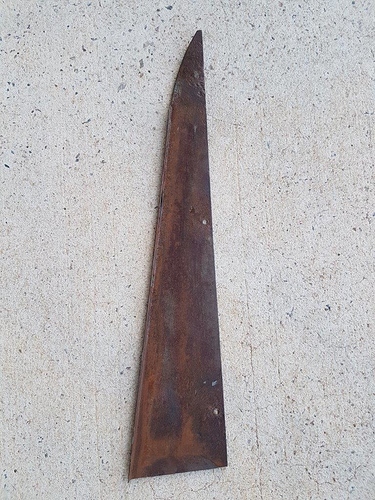 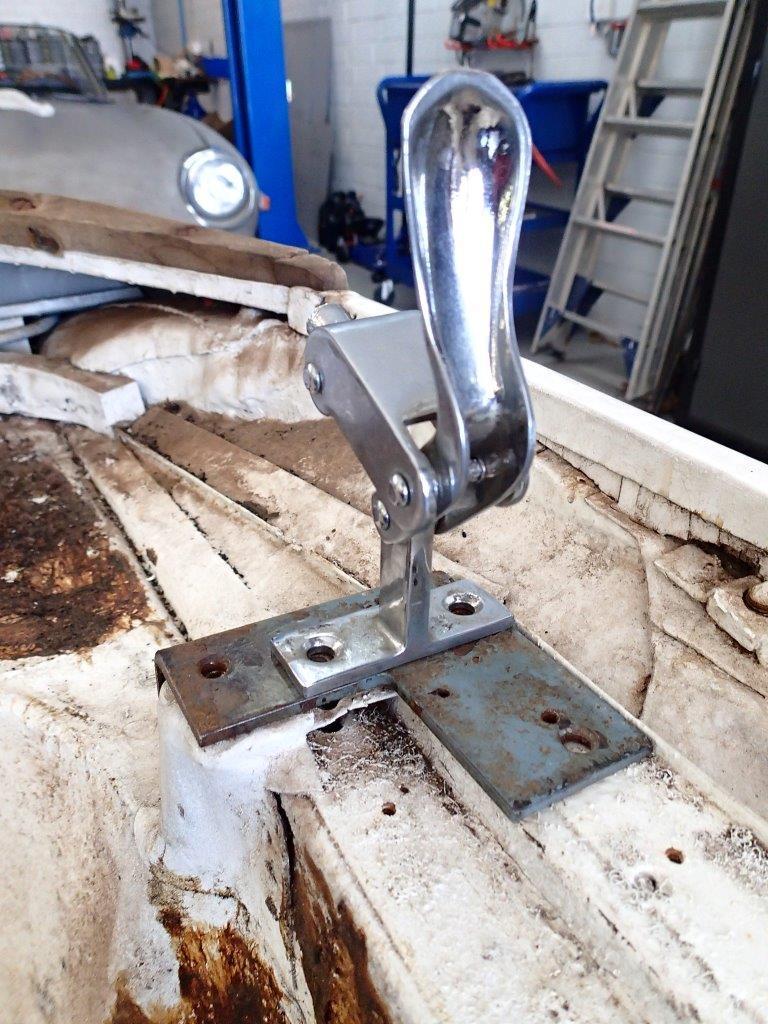 you can see the original paste blue on this bracket

Hi Terry ,
these plates are meant to fix the headliner in the sides and to hold down the hood.
I send you some pictures that I found on this site or other sources. I will send you pictures from my car on which the hood is being installed. 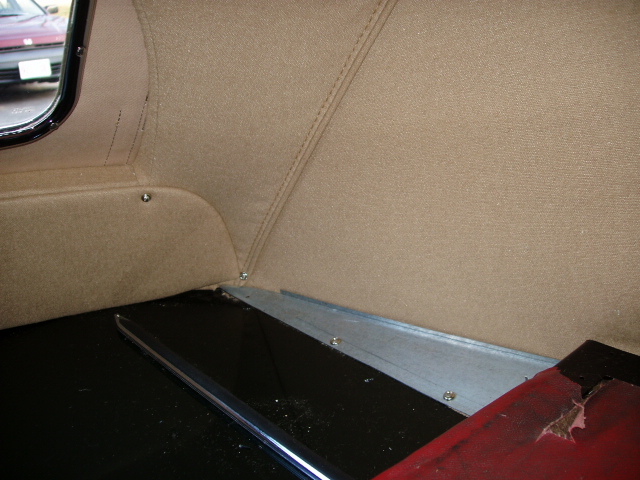 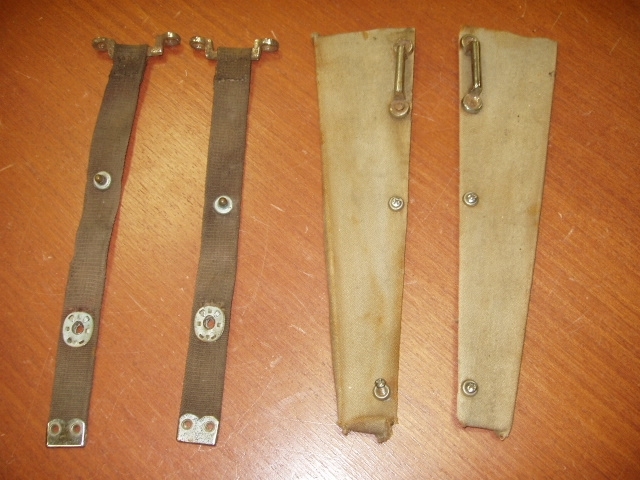 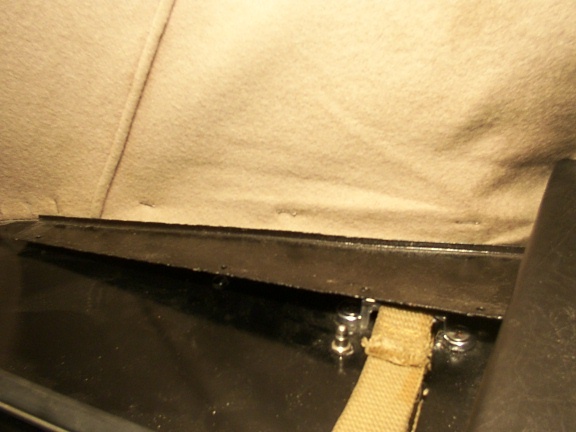 Terry ,
Here are the pictures of my parts. 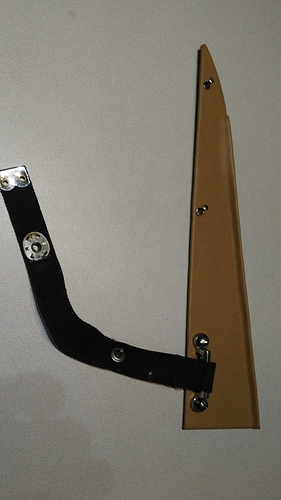 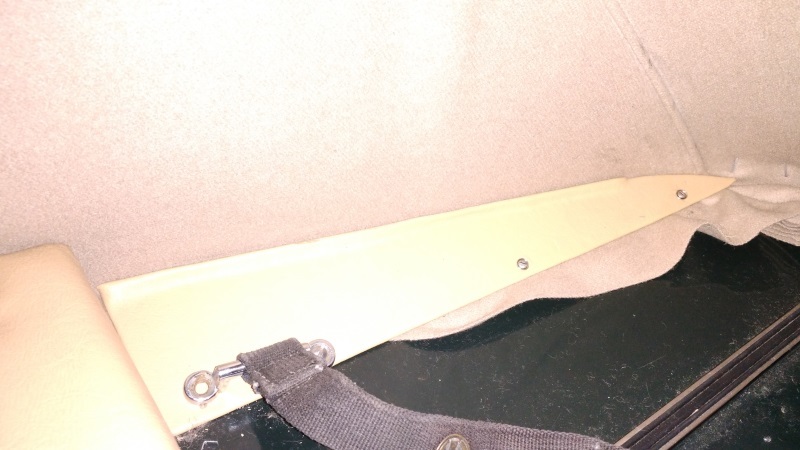 Jean-Francois,
thanks greatly for the pics the ones with the strap are the real early version of the hold down system for hood the later cars had the chromed clamp system.
The late cars the metal plate is left untrimmed and is finished in body colour paint.
terry

The first picture above were taken by me of my car. My car, 678462 is a “very late DHC” , August 1954 LHD and there were only 10 built after mine. The first picture shows a replacement piece that I made by copying my rusted original. The original was indeed painted body color which I had done later. It is screwed down with the same type of chrome headed screws and finishing washers as used on the door panels.

The second picture I believe was taken by Charles Bishop and is of a set of the early version of these filler pieces and the hood hold down straps. If I recall correctly, I gave Charles these filler pieces because they are for the early car like his 677556 and maybe also the straps. The late DHCs like mine used the chrome clamps with hooks to hold down the top frame as Terry has shown above. Mine are mounted in the corners of the parcel shelf frame as shown by Terry and are mounts are body color.

I am in the process of reassembling the hood frame on my 120DHC after dismantling to bead blast and paint.
Silly me has forgotten how to reassemble the 2 haf round rubber blocks mounted on cantrail arms and the springs inside plastic tubes that go from this to the centre bow - can anyone provide a photos of this area?
terry

Terry,
I forgot about the springs. 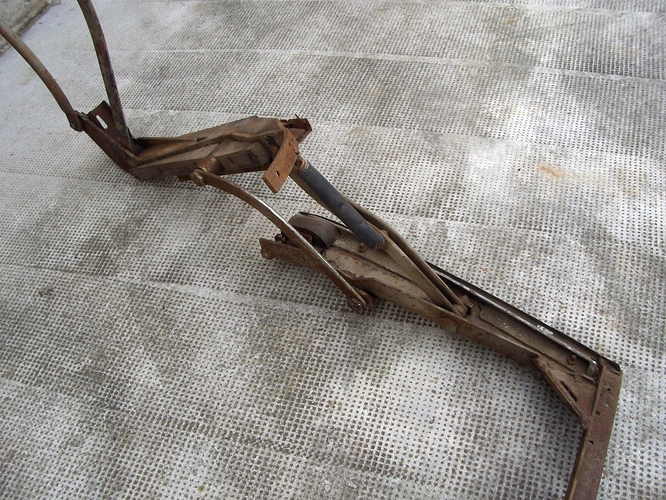 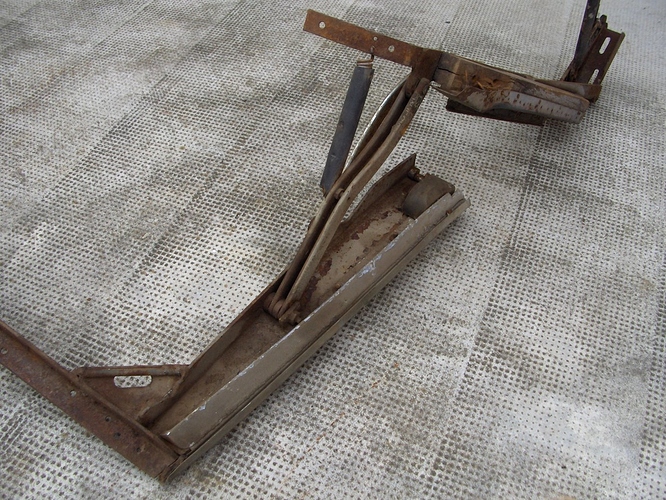 thanks I had guessed this bit but all adds up nicely

Terry,
The first post I made this morning did not go through. Here are the pictures that I tried to send about the rubber buffers. 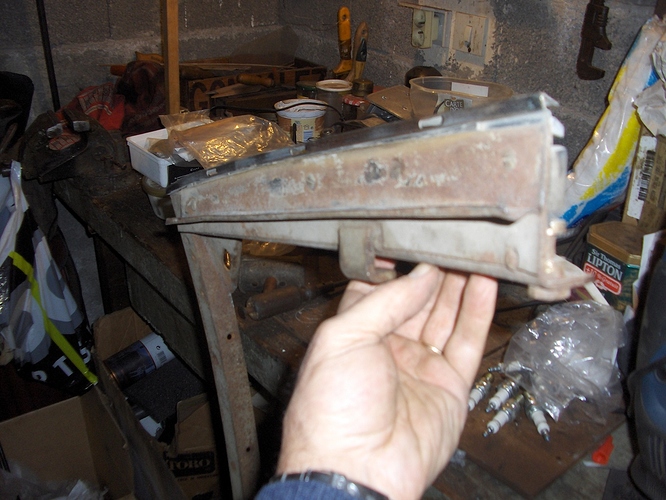 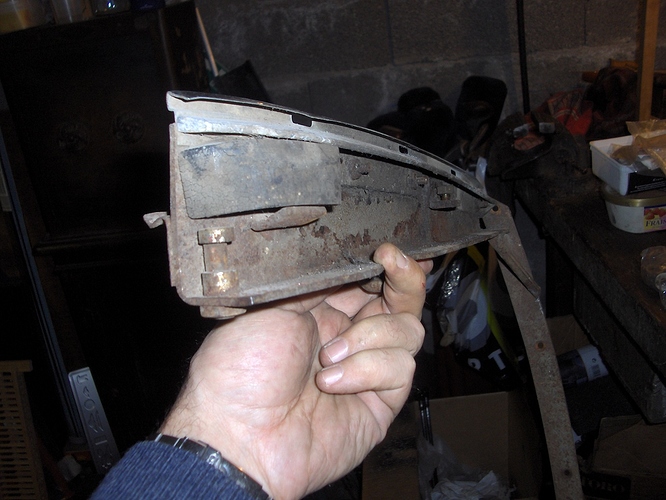 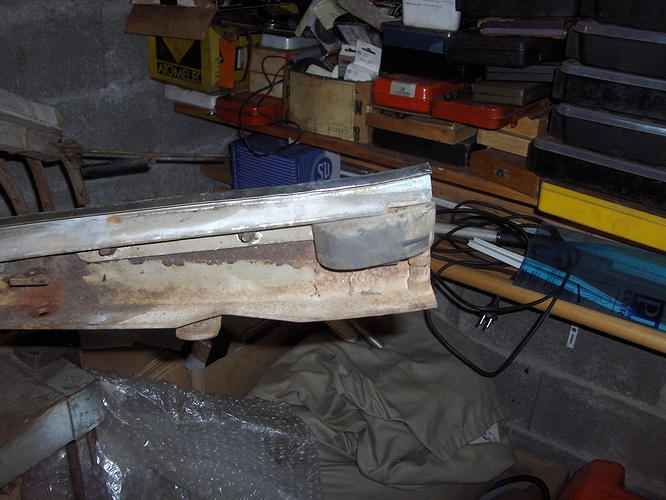 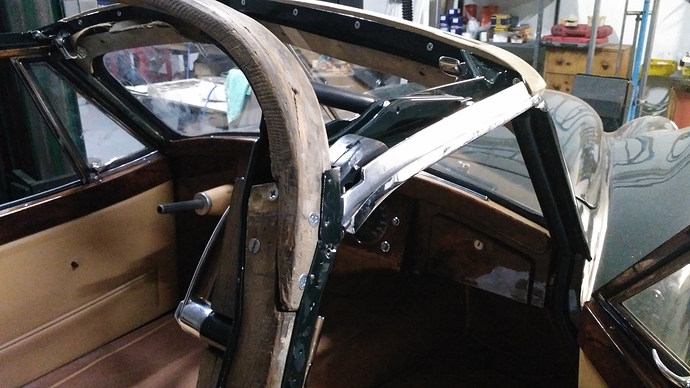 Can someone explain how and to what the toggle clamps are mounted next to the parcel box on a xk120 dhc? I’m missing whatever goes there on my continuing restoration of 677754. Of course pictures of these ‘bones’ would be very helpful. Your help would be most appreciated! John

Terry McGrath, you placed a picture on this discussion back in May 17 which showed the clamp sitting on a bracket on top of what looks like an aluminum bracket of some sort. Have you been able to figure how this all goes together?Any help you can give me would be most appreciated! John Fulton

Terry McGrath Thinking maybe you were away when I posted my help call about 15 days ago I’m trying again. Your photo on this site showing your hood clamp on top of a right angle 1/8” metal bracket did help me understand how the clamp should be mounted. Now if you have any pictures on how it should look with the parcel box lid and clamp installed and finished with vinyl it would really help me visualize it all. Thanking you in advance. John Fulton

Hello John,
I got your message from the site. Unfortunately, as you saw at the beginning of this post my car has the early system and I dont know how the clamps are setup. There is a drawing in Bernard Viart’s “XK120 Explored” which shows where the clamp fits. Do you have this book?
Jean-Francois

I have a '53 DHC and am having to build a parcel box as the previous owner removed it for some reason. I am searching for help and hopefully some pictures of the parcel/battery box so I can figure out how to build one. Did you ever sort yours out and would you be able to send me some pictures? I can send you my regular email but the PM system apparently isn’t working…

there is one for sale on ebay at present

Bill, were you asking me if I’ve figured it all out? I’m no farther along on my hood but if you are still working on your parcel box Rogers Motors, 800 444 5258 has them along with the wood parts also. Sounds like you are moving faster than I! John