Another trimming question if I may. I have been trying to find out how Jaguar trimmed the B-post on the roadster, specifically with respect to the moquette along the door opening. It seems like restored cars display a number of possibilities… 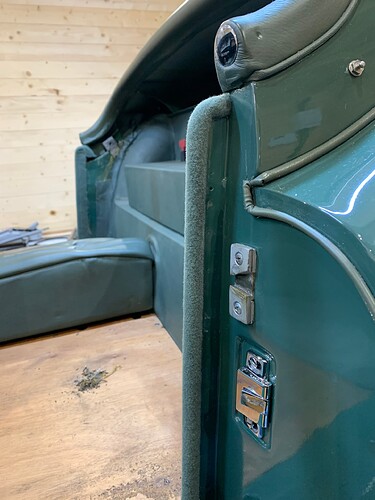 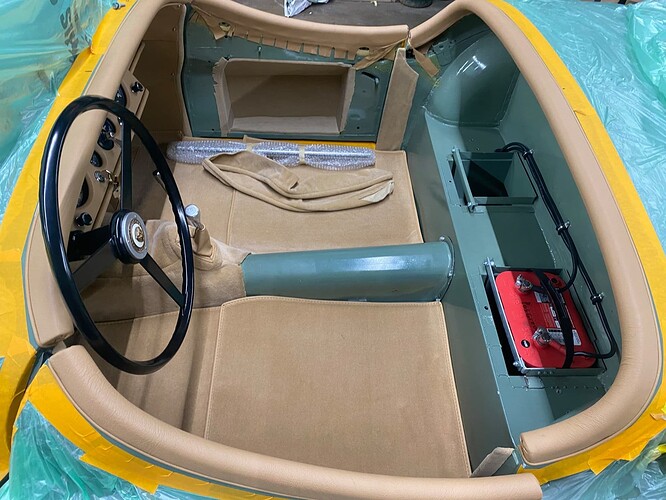 A third option I have seen is the ‘sausage’ wrapped round the outside of the metal strip or in the outside angle made between this metal strip and the front edge of the rear wing (if you see what I mean).

I have a feeling the first one could be correct however shutting the door does have a tendancy to try to push the trim away from the strip meaning the fit isn’t as nice as it could be.

Any thoughts on the subject would be appreciated!

This picture is taken from the “Jaguar XK-120, JCNA Concours Judging Guide”
It shows that the “Furflex” (sausage) pretty well envelopes the metal edge.
Additionally, it shows how the correct piping, on that rear panel, is black and heavier than the fender piping. 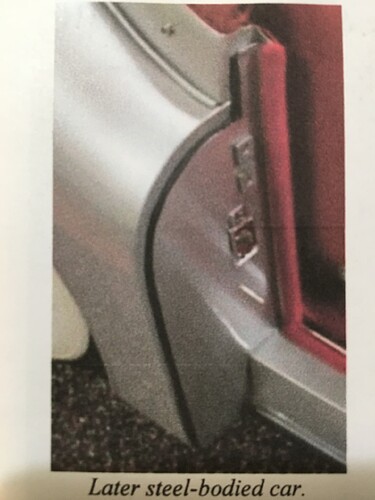 No sausage, furflex is glued to the metal lip.

I agree. My November 1953 OTS came to me with no sausage. There was a special way the moquette was folded and glued to the B post, which I copied when I renewed it.

Thanks for your replies, that’s really interesting and the varied views back up my confusion! If the moquette was attached and glued straight to the B post then that would explain the difficulties I am having with the other method.

Anyone else? As we have varied thoughts on the matter if would be interesting to see what others think.

The B-post trimming took a lot or wear and tear from entering and exiting the car. There’s a lack of photos clearly showing the original trimming details. Probably the most original XK120 OTS sold on BaT is S675860, which appears to have no sausage, just folded and glued moquette. 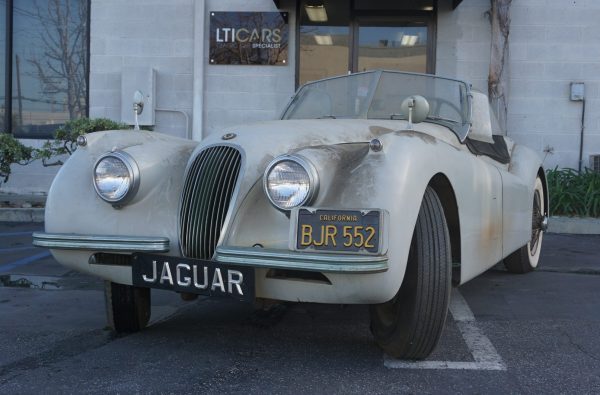 Bid for the chance to own a 1954 Jaguar XK120SE Roadster Survivor at auction with Bring a Trailer, the home of the best vintage and classic cars online. Lot #3,449. 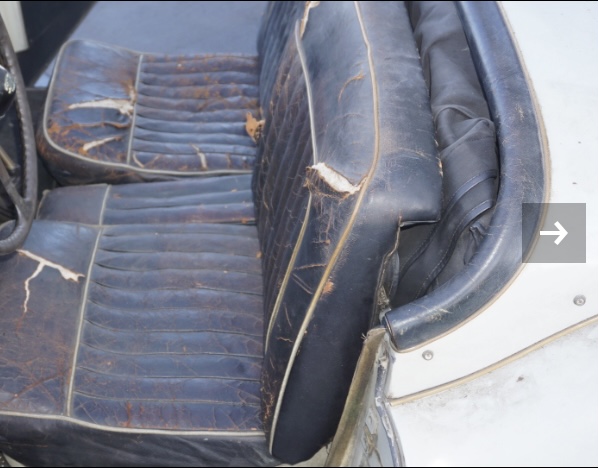 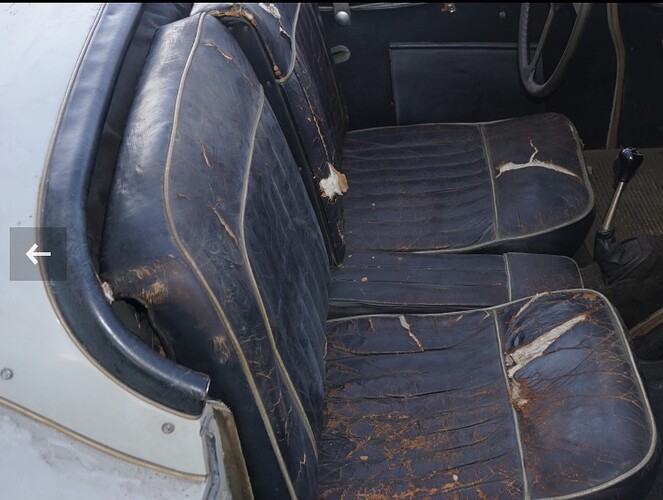 My car came to me with similar B-post trimming, which I copied when I renewed the moquette. 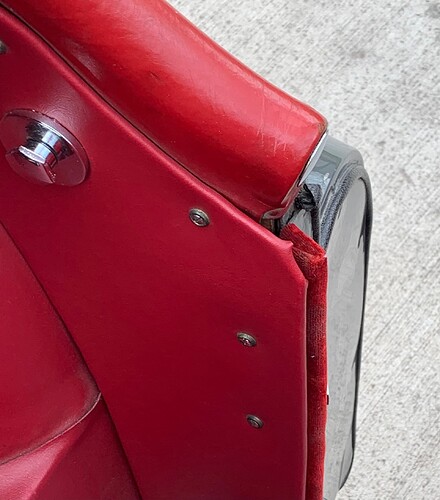 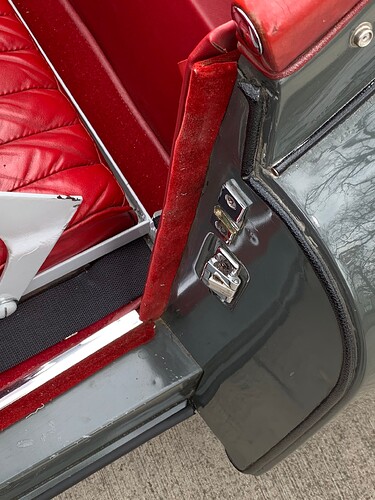 Thank you Mike that’s brilliant, I think that’s nailed it as far as I’m concerned. I re-trimmed the B posts today and it made perfect sense and looks and feels right!

In case these help.

The moquette is definitely glued to the outer edge. 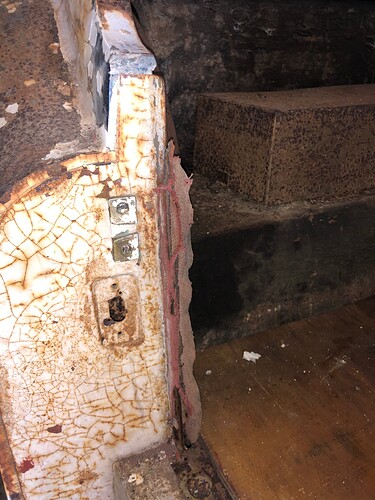 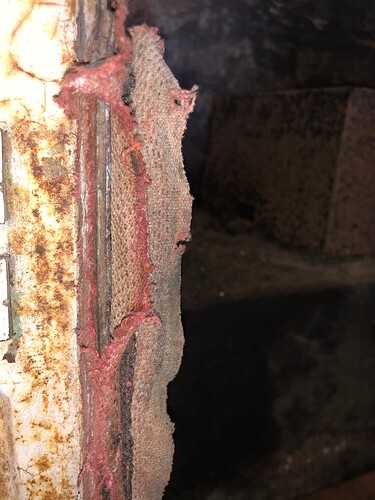 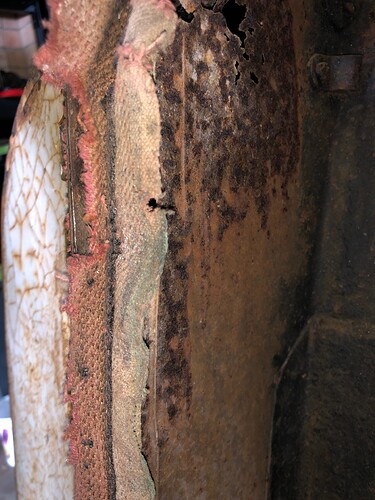 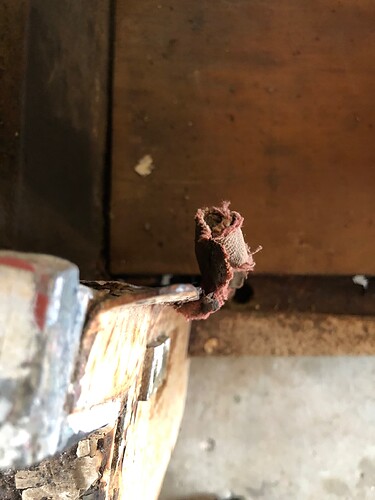 Good thread, thanks to all for the thorough exploration of this point! Was it done the same way on FHC’s? Mine came off the line in Feb of 1953.

Dave, here’s an unrestored FHC from December 1953. The B-post appears to have a rubber sealing strip instead of the moquette treatment found on the OTS models. 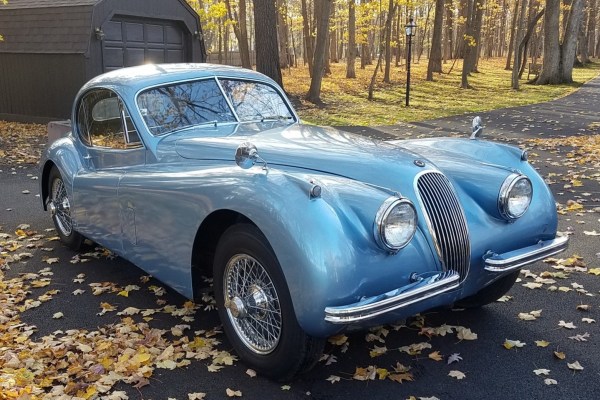 Bid for the chance to own a 32-Years-Owned 1954 Jaguar XK120 SE Fixed Head Coupe at auction with Bring a Trailer, the home of the best vintage and classic cars online. Lot #45,146. 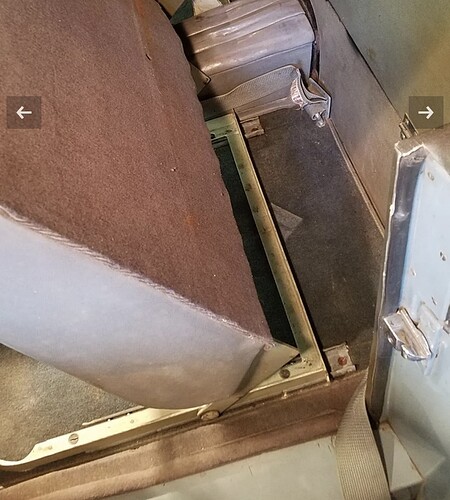 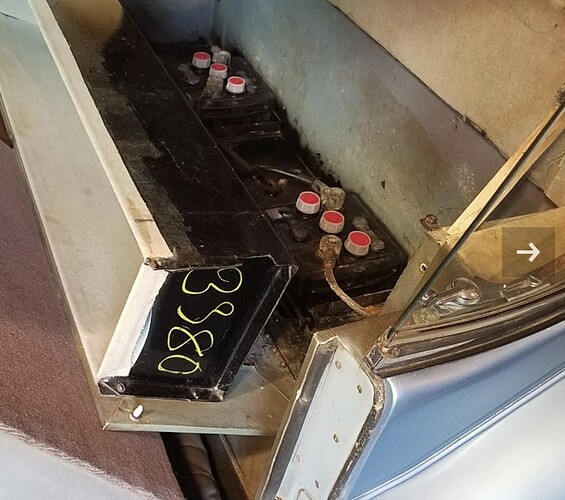 Thanks Mike! My doors have a rubber strip, but applied +/- 10 years ago, so it looks like that is correct. But…they are part of what makes my doors hard to close, so the moquette-only approach attracted my interest. Closing my doors hard is starting to crack the aluminum skins. I suspect the rubber strips I have are too firm and/or too thick.