I have a real dilemma with some seats I am putting together: My retired colleague had a set of XK140 OTS seats re-done several years ago. He carefully stored them and pampered them to no end for the day when they could be used. When he gave the seats to the trimmer way back then he did not have a set of the bottom metal seat frames. The fact that there were no bottom metal seat frames is important to know because the trimmer could not know how the top frames mated with the bottom frames. I told my colleague many times that I would make him proud someday by getting top dollar for them when the time came. So far so good… Now, years later, in an effort to help him sell them, I located a set of metal seat bottom frames for them and started to assemble them in anticipation of seeing a wonderful set of XK140 OTS seats come together at last. I smelled trouble before I even assembled the backs to the bottoms (using original pivot bolts). The seat backs, when laid flat on the table, did not lay parallel and even to each other on the underside of the seat frame. In other words the side frames of the seat backs were at two different angles on the bottom.

Below: See the right side, as viewed in the first two images, heaved in the air an inch or so. 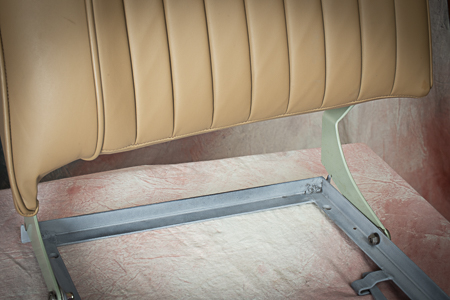 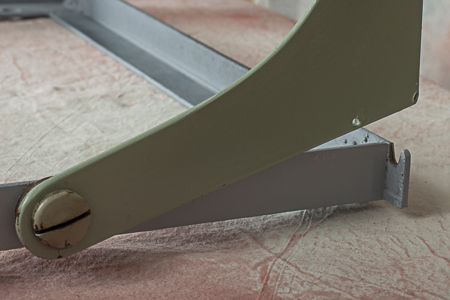 Below: Image three shows what may or may not be “the smoking gun”. The twist is clearly seen. 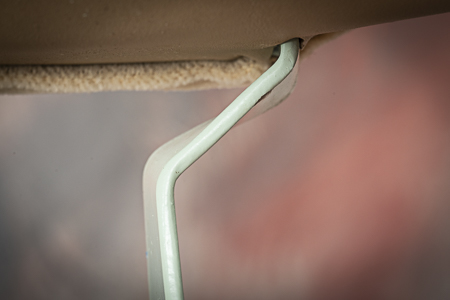 The only thing I can see that may be causing the problem is that the side of the seat back frame closest to the center of the car is twisted. Image number three clearly shows the twist. The only thing is, I compared the seat back frame to another seat back frame and it is twisted as well. This twist, is it intentional? I cannot see a reason for it but, as mentioned, I saw the same twist on another frame. Does anyone think this twist may be causing my problem? The really sad thing is that when these were re-trimmed years ago, the trimmer had no bottom frames to work with and he could not do a trial fit before did the trimming. Honestly, if this is the problem, I cannot think of a way to get that twist out of the relatively heavy gauge metal without damaging the hides. This twist may be normal, if it is, then what on earth is the possible explanation? It will be a huge shame if all the great expense of this re-trim is for naught if this cannot be resolved.

Any help and advice would be gladly appreciated, Thanks, Gary

These seat backs for 140 roadster were incredible weak and on the DHC and FHC they mounted a bit of 1.6mm plate across entire bottom of seat back to give it some strengthen.
the picture you show yes they are twisted and need bending to be correct a lower inside of seat

Terry, thanks immensely for that experienced analysis. The retired colleague I spoke of that owns the seats even has an XK140 OTS where the driver’s seat back in his car is even failing. Perhaps for the same reason. In regards to the seats I spoke of, I believe that here was a “perfect storm” of conditions: 1) a trimmer not looking for an inherent weakness of the seat frames before restoring and re-trimming them 2) the same trimmer not having the metal seat bottoms to confirm alignment of the bottoms and top seat frames and, lastly, 3) another case of delayed use of restored items with no recourse for defects because of the lapse of time between use. Lesson learned: always check for fitment before hand. Then check it again… Chrome parts before plating, trim parts before trimming, body parts before painting, etc, etc. It was an “honest” mistake but a costly one.

One problem SOLVED but another problem observed. Advice gratefully accepted:

Hello forum readers, After learning from Terry about the inherent weaknesses in XK120-140 OTS seat frames (kindly read my post above) and confirming the probable cause of why the seat frame backs were not registering into the notches on the seat frame bottoms, I decided I put them on the operating table and we rushed them into surgery. We have successfully returned the twisted frames to the normal position. Being that the seats are freshly trimmed (I should really say they were freshly trimmed 15 years ago) I felt like we were doing a delicate procedure. Careful taping of the frames and leather in the twisted area then even more careful bending with two adjustable wrenches working against each corrected the problem described above. Please see the image below showing how they look now after rectification with a couple of big ol’ wrenches: 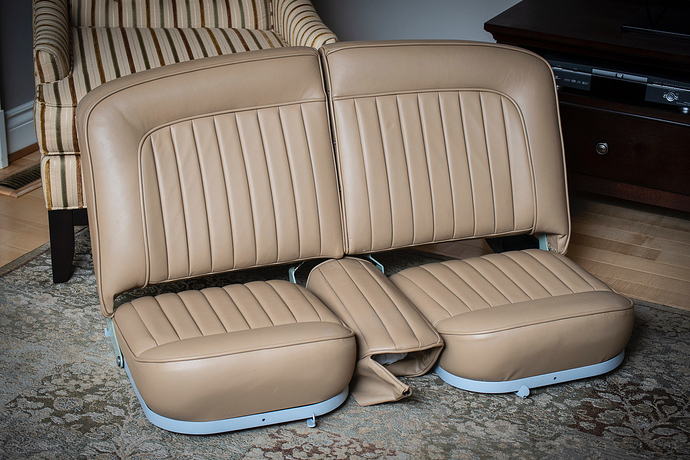 Now to the NEXT issue where your learned advice is needed! The seat back/squab frames now fit nicely into the rear notches on the seat bottom frames after the Big Bend. However, look at the images of the seats showing a large gap between the seat cushions and the seat backs. I have seen many and even owned these cars and for some reason I cannot make sense of why this is. I have all the Holy Books concerning our cars and I see the images of original XK140 seats in those books clearly showing no gaps. BUT… take a look at the other image I am posting of a set of seats that I sold a while back. They are from an XK140 OTS as well. Those metal frames were not bent incidentally and they clearly show the same gaps. My first thought was “Oh, the seat cushions were flat as a pancake from age.” Maybe that IS the reason but these new, Biscuit seats don’t really look like they need to be a few inches higher. Or do they? Looking at the old seats I sold and then comparing the new seats really has me confused as to what is reality (these days that is increasingly more common for me to discern!). Please take a look at the XK140 OTS seats I sold (un-bent frames, remember?) and see the same gaps. 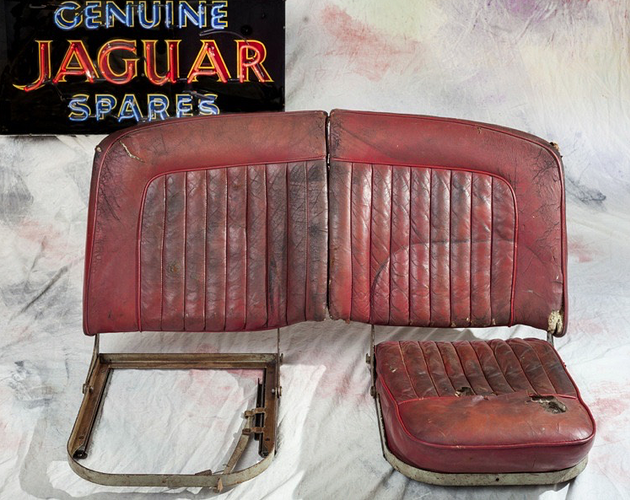 Now you know why I am confused about “what is reality”! Thanks in Advance for your comments, Gary

From a driver’s perspective, there needs to be support for the lower back. The seat backs are too flat and I picture any driver immediately massaging their lower back while stiffly exiting from the car. Can more pieces of foam be put in there without making a mess of the upholstery job?

I couldn’t believe my luck when reading this string as I have exactly the same problem with an XK140 OTS, both the twist and the gap.

If it is not too much trouble, would you be able to take some photos of the seat back “legs” with the correct twist. How did you finally solve the gap problem, did you pack it out with foam as suggested.

Thank you both for your help 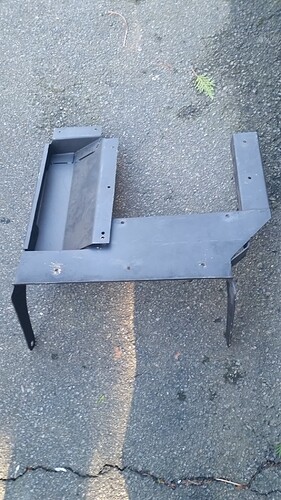 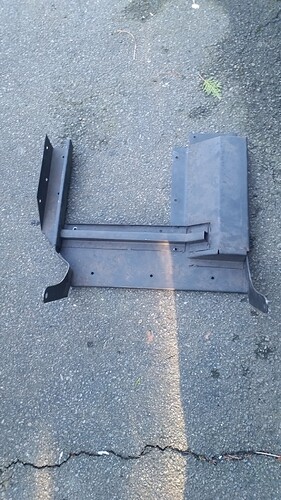 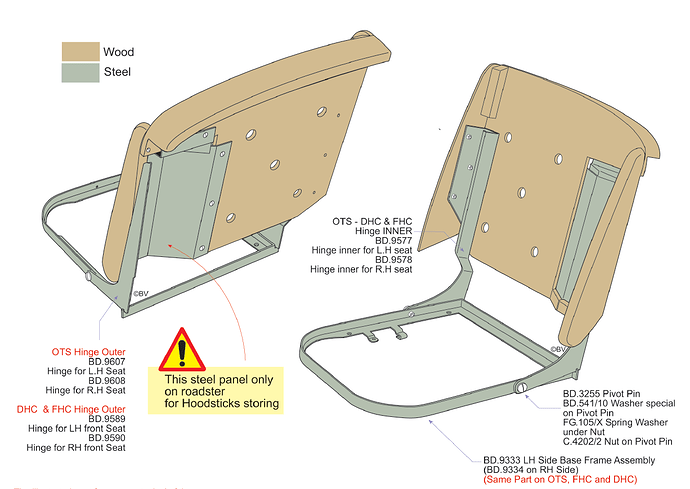 The later XK 140 seats (and of course continued on the XK 150) have a totally different construction using a tubular frame. I understand that the complete inner sheet steel construction had disappeared. See pic 1. In addition the hinge point was raised using an additional piece of steel at the back of the seat cushion frame. See pic 2 and 3.

PS. Don’t know whether you were referring in your question to the additional strengthening of the sheet steel construction on the later Coupé’s? If so, then my reply is of course irrelevant. All I know is that the XK 140 FHC had a different construction compared to what you show. Extra stiffening straps between sheet steel and plywood. See photos 4 and 5. 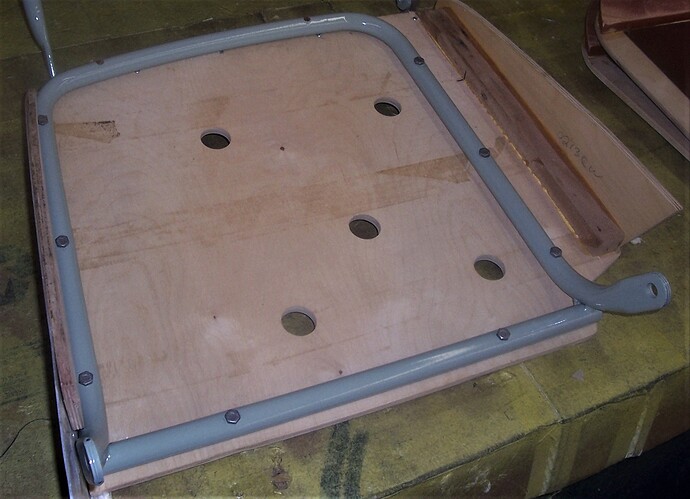 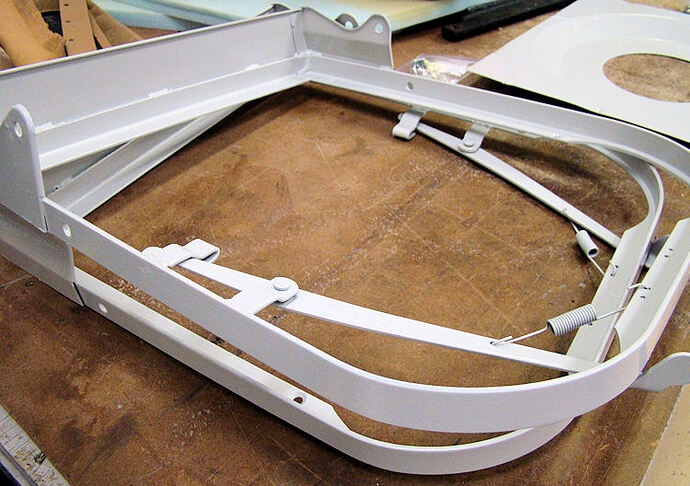 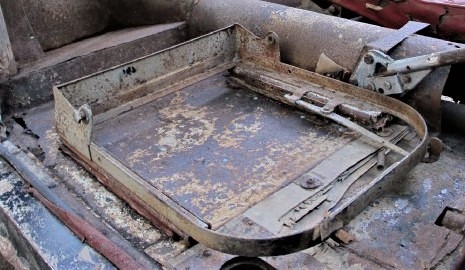 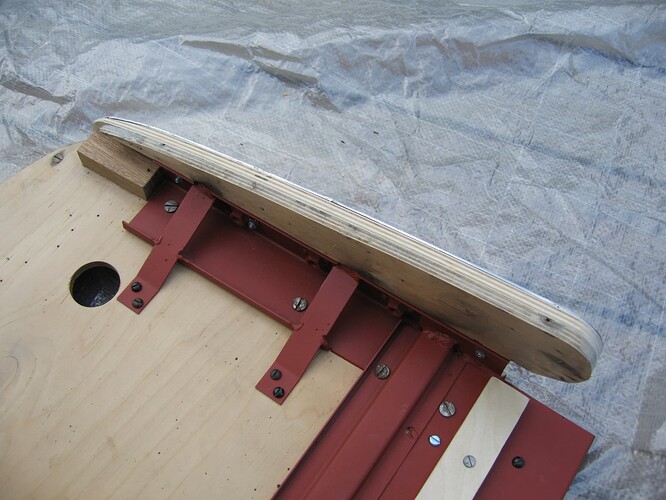 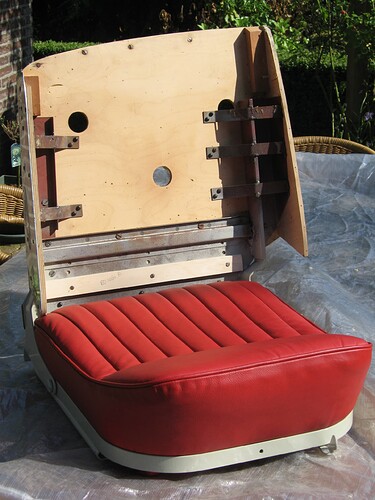 Bob I am familiar with the early seats with the extra strengthening prior to jaguar using the tubular frames.
But I assume the seats you show are only for FHC and DHC not the roadster ie no clearance for hood frames in lowered position behind the seats.
Unless jaguar decided clearance wasn’t required?

Can anyone confirm if the 2 pictures of stripped down seats are genuine XK140 roadster?